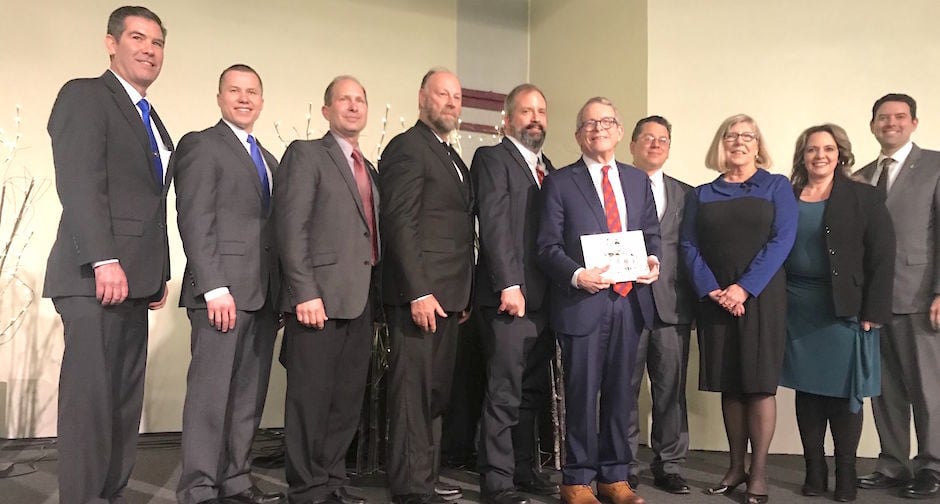 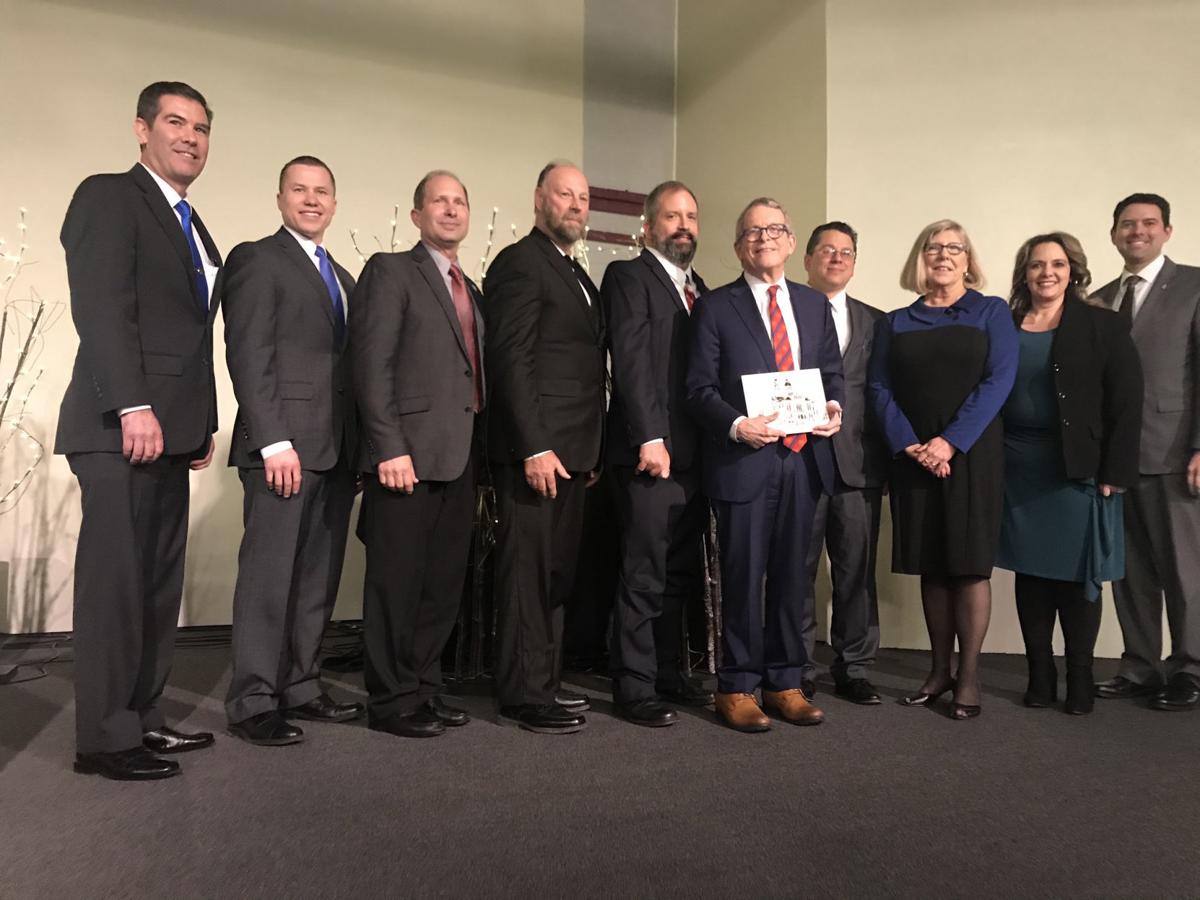 PAULDING — Paulding County picked up a statewide spotlight Wednesday evening with the attendance of Gov. Mike DeWine as part of the county’s ongoing bicentennial celebration held at the Branch Christian Fellowship building on the square in Paulding.

The event, which highlighted a past, present and future reflection on Paulding County’s history, featured remarks on the county’s past by John Paulding Historical Society president Kim Sutton, its present by county commissioner Tony Zartman and its future from Erika Willitzer of the Paulding County Vision Board.

“What a history, what an amazing history,” remarked DeWine. “Think of those who came before us and the challenges they faced coming here. People went in and created something out of it.

“I’m delighted to be here. Someone asked, ‘why are you coming’ and I said, it’s the bicentennial. I don’t think I’ll be here for the next one.”

Along with DeWine, State Sen. Rob McColley and State Rep. Craig Riedel were in attendance at the event in front of a capacity crowd that had sold out tickets prior.

A resolution from Sen. Robert Latta, who was unable to attend, was presented before Riedel read a resolution from the state House of Representatives saluting the county on its bicentennial.

Paulding Probate Court Judge Michael Wehrkamp gave remarks on the history of the county motto “No Compromise” and county seal, designated in 1967. The motto dates back to the Reservoir Wars of 1887, a public uprising against a reservoir in what is now Crane Township that became a public nuisance and mosquito breeding ground.

“Paulding County truly exemplifies the saying ‘it takes a village to raise a family,’” said Willitzer as part of her comments, noting that the Vision Board has raised more than $70,000 as part of its five-year campaign to raise $1 million toward public improvement projects for the county. “We are resilient people in Paulding County. We are fighters in Paulding County.”

Following the event, the general public was welcomed to the Paulding County Courthouse for refreshments, as well as the unveiling of a new, large-scale gallery of photographs from past and present in Paulding County.