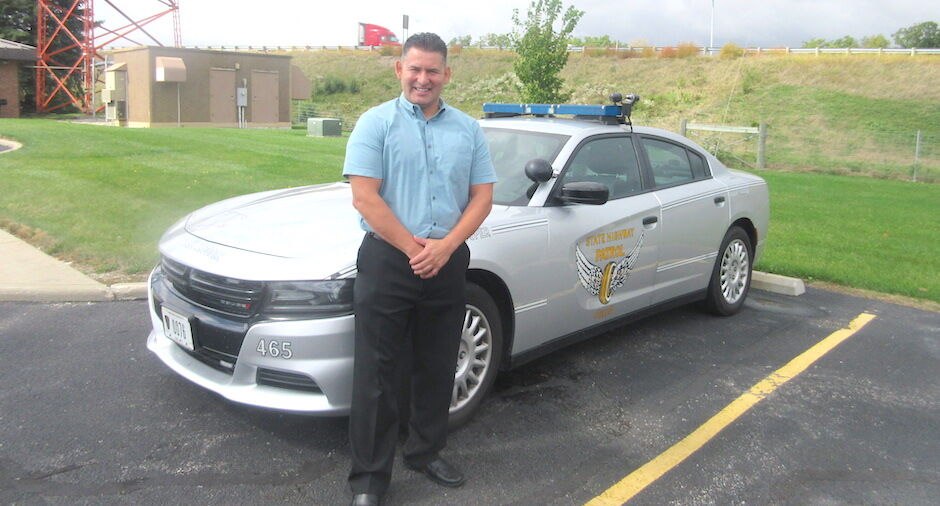 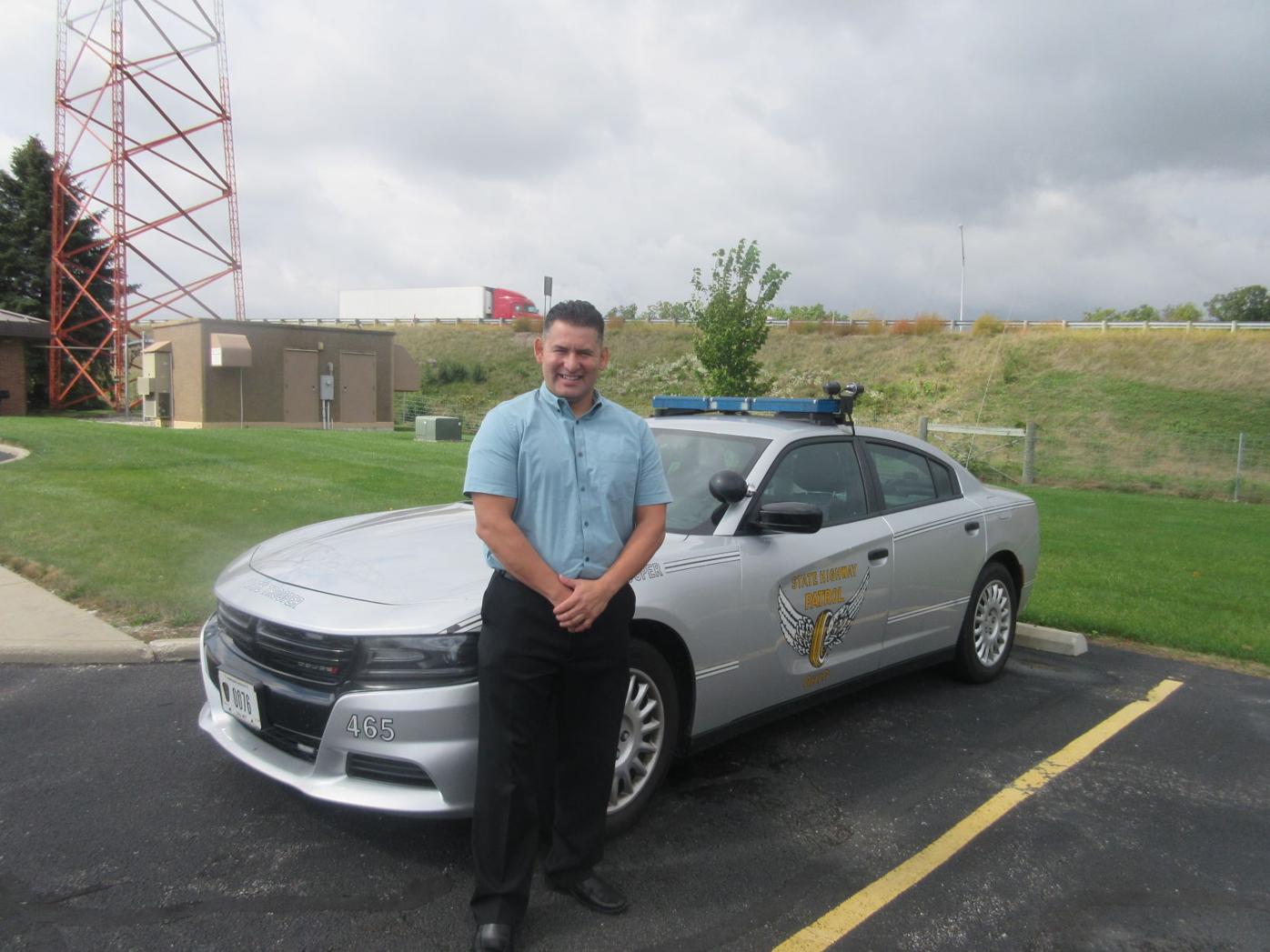 Ohio Highway Patrol Sgt. Fernando Chavez of Defiance expects a full return to work soon, just a month after his cruiser was demolished on U.S. 24 during a fatal traffic crash.

The tragic irony of Chavez’s experience — almost 20 years after his friend and Defiance classmate (Frank Vazquez) was killed while on duty as a Highway Patrol trooper — is hard to miss.

Chavez was writing a speeding ticket on U.S. 24, just west of Independence Road, when his cruiser — parked on the shoulder — was struck from behind by a pickup truck that drove off the right side of the roadway.

Killed in the crash was a passenger in the pickup, Steven Johnson, 52, of Bryan, while his son, Justin Johnson, 28, Defiance, who was driving the vehicle, was seriously hurt. He is recovering from injuries after being flown by air ambulance to a Toledo hospital just after the mid-afternoon crash on Sept. 4.

After feeling the impact of the collision, Chavez said he “tried to gather myself” and was having trouble breathing. He tried to radio for help, he explained, but his car’s radio wasn’t working while vehicles stopped to assist him.

Chavez was taken by a local EMS unit to ProMedica Defiance Regional Hospital with non life-threatening injuries. But he said he still has a very sore back, though he expects a full recovery.

He returned to light duty on Oct. 4.

“I’m hoping by the 18th I’m back to full duty,” he said during a recent interview.

The circumstances of the crash were eerily similar to the incident which took the life of his friend on Nov. 5, 2001. Vazquez was killed while handling a traffic stop on I-270 in Columbus after he was struck outside his vehicle by a drunk driver who had several OVI convictions.

The two Defiance High School graduates had been close friends and members of the football and baseball teams, the latter winning a state championship in 1992.

Looking back, Chavez said Vazquez’s death in 2001 almost caused him to quit the Highway Patrol, some five years after he had been commissioned.

“It was very hard,” he said. “When he was killed I definitely thought about leaving, and it was a very serious thought.”

But after several days — and following Vazquez’s funeral and burial in the Columbus area — “I knew this is what I needed to do — be a trooper. Through prayer and stuff I was able to deal with his death.”

The traffic stop that Vazquez initiated on Sept. 4 was a blatant speed violation, after he clocked an Indiana driver traveling westbound at 99 miles per hour.

He had almost finished the citation and was about to exit his cruiser with the ticket when his vehicle was struck and he was violently jolted.

“I was probably 30 seconds from getting out of the car,” recalled Chavez, 46, a Patrol sergeant for approximately 20 years. “The only thing that slowed me down was it was an Indiana driver. So when I checked Indiana (on the computer), Indiana was running slow so I had to check it a couple times to see if it had come back. I was getting ready to finish up the citation. I had put my hat back on.”

Has the incident caused him to second-guess his career? Not this time.

“No, I honestly love my job,” he said. “I love being a trooper. I love working and helping the community. It’s like anything — you get hit, you get hurt, you get up and you get back. That’s just how I was raised. You got a job to finish. I feel I still have a job to do. I’m ready to work.”

This is not surprising, perhaps, when you listen to Chavez explain why he became a trooper in the mid 1990s. He noted that the traffic death of his cousin, Angel Duran, at the hands of a drunk driver many years ago fueled his career choice.

“I definitely had two angels watching me,” said Chavez, whose son, Francisco, is a recently commissioned trooper with the Highway Patrol’s Lima post. “I look at the car and look at how lucky I am.”

Concerning the death of Steven Johnson on Sept. 4 and the serious injuries to his son, Chavez said: “I’m very sorry that it happened. Whatever the situation I am very sorry for his father’s passing and his injuries too.”

The investigation is continuing into the crash, according to Lt. Rustun Schack, commander of the Highway Patrol’s Defiance post.