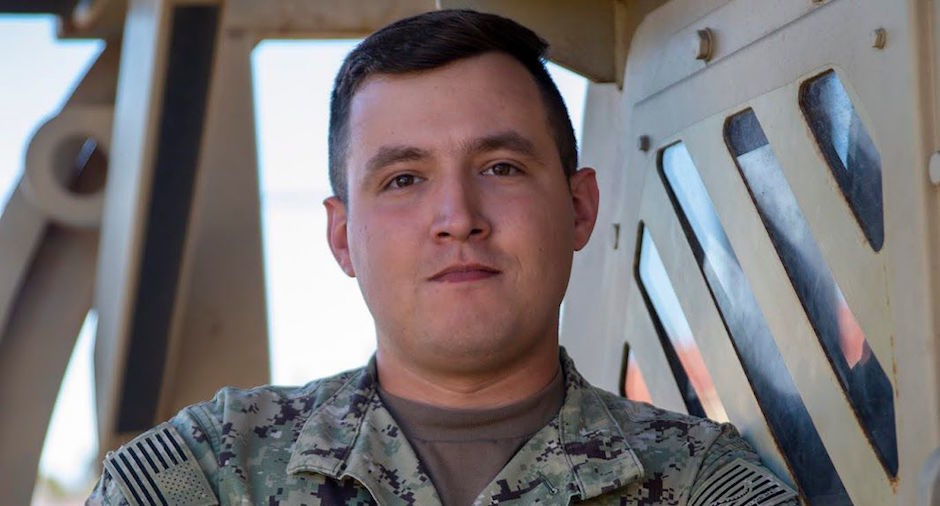 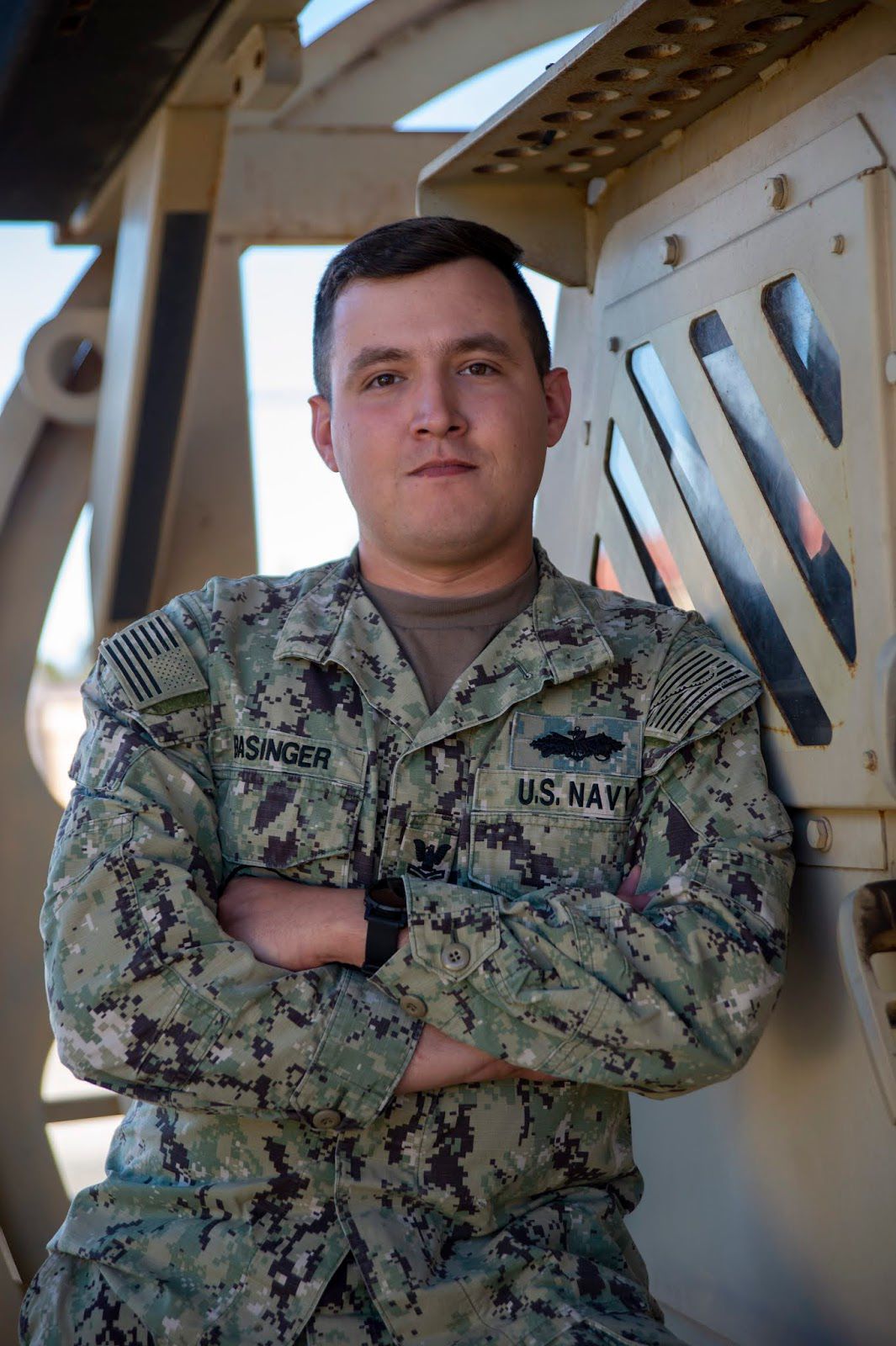 PORT HUENEME, Calif. — “We Build, We Fight” has been the motto of the U.S. Navy’s construction force, known as the Seabees, for more than seven decades. The Navy Seabees is an elite group of personnel trained in both combat and the craft skills of the construction industry.

Petty Officer 2nd Class Carl Basinger, a native of Ottawa, builds and fights around the world as a member of a naval construction battalion center located in Port Hueneme.

Basinger is serving as a U.S. Navy engineering aide, who is responsible for the surveying and material testing for construction projects.

“In addition to surveying and testing, we also work a lot with design and blueprints,” Basinger said.

Building in austere environments can be a challenge. Fighting in harsh conditions can also be a challenge. Building in austere environments while fighting in harsh conditions takes a special kind of person with a great deal of perseverance and determination, according to officials with the U.S. Navy History and Heritage Command. These are the kinds of people being trained at Port Hueneme, to provide crucial support to Seabee units deployed around the world.

The jobs of some of the Seabees today have remained unchanged since World War II, when the Seabees paved the 10,000-mile road to victory for the allies in the Pacific and in Europe, said Lara Godbille, director of the U.S. Navy Seabee Museum.

“I like the camaraderie and making friends from all over the world,” said Basinger. “I also like working on projects and seeing the progression in real-time.”

Seabees have served in all American conflicts for nearly 80 years. They have also supported humanitarian efforts using their construction skills to help communities around the world following earthquakes, hurricanes and other natural disasters.

According to Basinger, a 2014 Ottawa-Glandorf High School graduate, the values required to succeed in the Navy are similar to those found in Ottawa.

“I learned the importance of respecting others and the value of hard work,” said Basinger. “These things have helped me in my Navy career because of the type of work we do. We have a hands-on job.”

Port Hueneme is the West Coast homeport of the Seabees. It’s one of five learning sites in the Center for Seabees and Facilities Engineering domain. They train and develop sailors, soldiers, airman, and Marines in construction trades and military skills for Department of Defense operating forces to accomplish contingency and peacetime construction, chemical, biological, and radiological operations, and humanitarian assistance missions worldwide.

Port Hueneme, and the men and women who serve there, play a key role in the broader mission of protecting American interests on the world’s oceans.

Though there are many ways for sailors to earn distinction in their command, community and career, Basinger is most proud of receiving a plaque for work he did on the traveling Vietnam Memorial Wall.

“I am proud of that because I felt like it gave back to the past generations who gave their lives to defend our country,” said Basinger.

Serving in the Navy is a continuing tradition of military service for Basinger, who has military ties with family members who have previously served. Basinger is honored to carry on the family tradition.

“My grandfather, uncles, aunts and cousins have all served in the military,” said Basinger. “It makes me feel proud to carry on the family legacy of military service.”

As a member of the Navy, Basinger, and other sailors, know they are a part of a service tradition providing unforgettable experiences through leadership development, world affairs and humanitarian assistance. Their efforts have a lasting effect around the globe and for generations of sailors who follow.

“I really enjoy what we do,” said Basinger. “I like the humanitarian aspect of the job and learning about the Seabees’ rich history. I’m proud to be a part of it.”