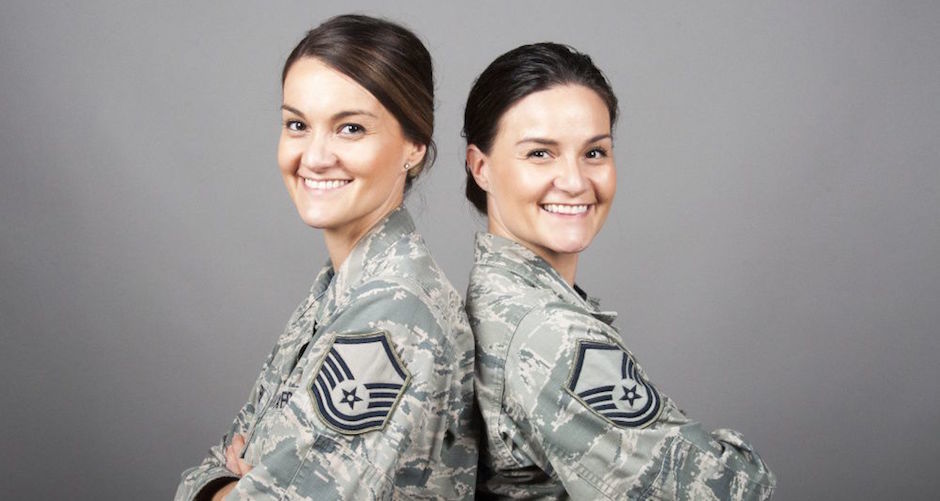 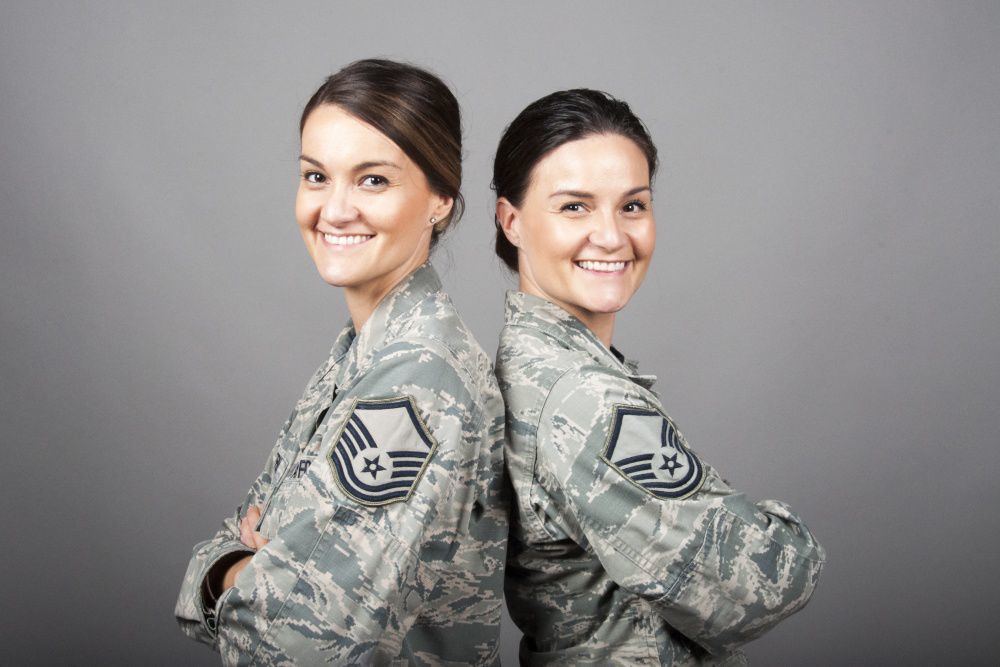 Master Sgt. Brittany Wolfrum (left) and her twin sister, Master Sgt. Brooke Bostelman of Defiance, are members of the Ohio Air National Guard at the 180th Fighter Wing in Toledo.

Master Sgt. Brittany Wolfrum (left) and her twin sister, Master Sgt. Brooke Bostelman of Defiance, are members of the Ohio Air National Guard at the 180th Fighter Wing in Toledo.

TOLEDO — Standing side-by-side in the same uniform, most people would agree these two airmen look alike. They are family. They are twin sisters who have been inseparable since the day they were born. However, they are more than just blood sisters, they are sisters in uniform with a passion to serve their country.

Master Sgt. Brittany Wolfrum and Master Sgt. Brooke Bostelman, originally from Defiance, grew up military brats as their father served their country. They enjoyed being twins. They wore matching outfits, had the same hair, and played the same sports.

“We ran track together and did the relays, so our competitive nature comes out there,” said Wolfrum, executive administrative assistant to the 180th Fighter Wing commander, “I was first leg, and she was last leg.”

Both sisters enlisted in the Ohio Air National Guard their senior year of high school, graduated from basic military training, and attended the University of Toledo. They were attached to the 180th Fighter Wing in Toledo, and after college went on active duty guard status.

The sisters managed to stay close through college and in their initial service. That changed when Bostelman deployed overseas.

“Two years ago, I deployed for six months and I learned a lot about our family’s resiliency,” said Bostelman.

During the deployment, both airmen had to learn how to rely on their brothers and sisters in uniform. The sisters discovered a new type of family.

“Because we all serve, we are away from our blood family longer and in the arms of our family in uniform instead,” said Wolfrum.

The sisters discovered some of their biggest supporters are fellow airmen who have experienced the same loss, victory and loneliness.

“You’re in luck, you have a wingman. We never fly solo,” said Wolfrum. “Our siblings are our wingmen.”