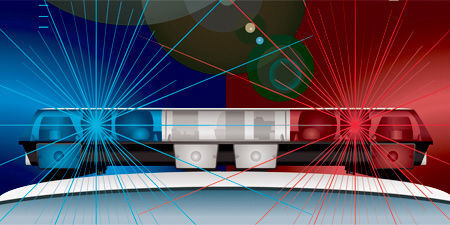 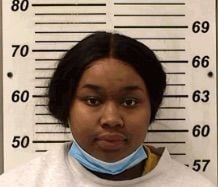 One vehicle, 2019 Dodge Challenger Scat Pack, was reportedly stolen from Strongsville, according to Lt. Robert Ashenfelter, commander of the Defiance post of the Ohio State Highway Patrol.

At approximately 4:37 p.m., the Archbold Police Department received a call of a stolen vehicle from the dealership. Officers responded to the call and pursued the two vehicles. An attempt was made to stop the vehicles in the 100 block of North Defiance Street, which failed.

Ashenfelter reported that at 4:50 p.m. a Jeep driven by Jason Byers, 41, Bryan, was westbound on Fulton County Road D in German Township and began to turn onto County Road 24. The Charger, driven by Deztaney Spencer, 21, Cleveland, failed to yield and sideswiped the Byers vehicle before leaving the scene. That vehicle was stopped later on West Street in Archbold.

Less than a minute later, the Challenger driven by Thorne Carrington, 28, Richmond Heights, was westbound on County Road D and failed to stop at the same intersection. Carrington’s vehicle swerved to avoid the Byers vehicle and left the roadway, striking a ditch.

Carrington was taken by Archbold EMS to the Fulton County Health Center, Wauseon, with suspected serious injuries. A condition update was unavailable.

The Archbold Police Department reported that a search of the West Street area was completed. With tips from area residents, Spencer was located and taken into custody. She was transported to the Corrections Center of Northwest Ohio, rural Stryker.

Though the Archbold Police Department is still investigating the case, the CCNO booking site shows that the Fulton County Sheriff’s Office has charged Spencer with grand theft of a motor vehicle and failure to comply with a police officer, both felonies; and reckless operation, a misdemeanor. She is scheduled for a pretrial hearing in Fulton County Common Pleas Court. No court date was available.

Carrington was later charged with grand theft of a motor vehicle and failure to comply with a police officer, both felonies.

This isn’t Spencer’s only brush with the law and experience with stolen vehicles.

According to a Toledo news station, the Ottawa County Sheriff’s Office was searching for Spencer after she allegedly stole three vehicles, including a county patrol car on Dec. 12. Law enforcement reportedly chased Spencer, who was driving in a stolen Dodge Charger. Spencer crashed the Charger and then stole the deputy’s patrol vehicle while he was trying to help the passenger who was injured in the accident.

The sheriff’s office reported that Spencer then allegedly crashed the cruiser. When a passerby stopped to check on the crash scene, deputies said she stole the passerby’s vehicle as well.