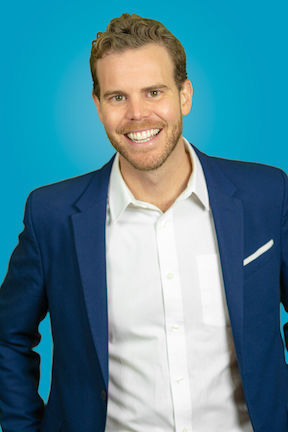 The two candidates for northwest Ohio’s U.S. 5th District congressional seat are both Bowling Green residents, but most of the similarities end there.

The Republican incumbent Bob Latta — who has followed in his father Del’s footsteps as the area’s long-term representative in Washington, D.C. — is seeking re-election for a district that represents 14 northwest Ohio counties while his Democratic Party opponent, Nick Rubando, is taking his first shot at public office.

However, Rubando — who is half Latta’s age at 32 — already conducted a contested campaign this year, easily defeating two opponents (Gene Redinger of Bryan and M. Xavier Carrigan of North Baltimore) for his party’s nomination in April with 51.4% of the vote.

Latta was unopposed in the primary, and is seeking a seventh straight full term, having first won an unexpired term when Paul Gillmor died in office 13 years ago this September.

The winner on Nov. 3 will receive a two-year term in the U.S. House of Representatives beginning in January. The district includes Defiance, Fulton, Hancock, Hardin, Henry, Paulding, Putnam, Van Wert, Williams, Wood and Wyandot counties, as well as parts of Lucas, Mercer and Ottawa counties.

Latta told The Crescent-News he is seeking re-election to advocate for the district on many issues, but specifically jobs and the economy.

“I’ve been very blessed to have this privilege to represent the 5th District people in the United States Congress,” he said. “We have a lot of issues we need to work on. I want to make sure we are advocating for people, especially jobs and the economy.”

Why does Rubando want the job?

“I think that we deserve a representative that actually listens to the people and is accountable to the constituents and not their mega-dollar donors,” said Rubando, a graduate of St. John’s High School and Indiana University. “I want to have a leader holding town halls and working for working Ohioans.”

During an interview this week, Rubando was asked to name his top three priorities, if elected.

“Right now we’re seeing almost a million Ohioans unemployed and possibly losing their health care because we have a health care system that is tied to employment.”

Second, he wants to “invest in our economy and protect the environment,” mentioning green energy, the building of new hospitals and schools, and investment in broadband technology.

Third, Rubando wants to “get big money out of politics,” and he takes a shot at Latta’s campaign contributions from oil, gas and telecommunications companies.

“I think that should be illegal,” he said. “I do not think we should be able to accept donations from corporations we are regulating in Congress.”

As for the COVID vaccine, Latta has listened to experts testify before the energy and commerce subcommittee to which he belongs, and said he’s “confident” one will be forthcoming “sooner than later.”

The coronavirus impact makes broadband access — an issue with which Latta has been engaged for some time — even more pressing, he explained. The reason: virtual services related to medicine and education have been vital during a time of social distancing.

One overriding issue that in some circles portends future trouble is the national debt, which has now topped $27 trillion and continues to rise.

Asked what should be done about it, Rubando wants the “Trump-era tax cuts” repealed. He blamed these for a “trillion-dollar hole in our deficit,” while providing tax breaks for millionaires and billionaires.

He said Democrats’ plan to create a “national infrastructure bank” to “invest and build our economy without increasing the national debt.” Rubando said it could be used to “capitalize existing debt to ensure solvency of the program.”

Latta previously had served on the House budget committee, so he is well aware of the debt’s potential future impact. In fact, he noted that interest on the debt alone would take up approximately $660 billion by 2030.

One idea for addressing it, he said, is to look at the country’s appropriation bills and “get rid of the stuff you don’t need.” But he also favors a balanced budget amendment, noting that most states are required to balance their annual spending plans.

“I’m a firm believer we have to have a constitutional amendment to balance the budget,” Latta said. “It boggles the mind why 49 states have it and we don’t. It’s too easy always to kick the can down the road.”

Addressing the ongoing coronavirus situation, Latta places hope in a vaccine, but he said officials are making sure it’s brought forward safely.

“This is coming to market much quicker,” he said, adding that the government is not “taking off the safety breaks,” but working through the protocols.” According to Latta, a vaccine is the only way to reopen the economy totally.

“We want to make sure the vaccine gets out there and it’s safe,” he said.

Rubando noted that, if elected, he would support passing the Heroes Act economic relief package, “which my opponent did not vote for.” The legislation, explained Rubando, would provide additional help to small businesses and individuals, as well as local and state governments.

“It really matters, and right now we’re seeing an abdication from Washington on passing additional relief packages,” he said.

For decades, 5th District voters have chosen a Republican representative. That includes the period from 1959-89 when Latta’s father, Del, held the position.

So, Rubando is aware of the challenge facing a Democrat, but he isn’t phased. When asked why this election will be different than the previous many and he will break this string of Republican victories, he said: “I think that we’re running a strong, concerted race that is focused on the people. I also think that we have run this race in the middle of a pandemic and people are sitting up and taking notice that we can’t expect to elect the same people and expect a different outcome.”

He added that “leadership matters right now” as there are “life and death consequences.”

Latta said he isn’t taking anything for granted where his re-election chances are concerned.

“I don’t take anything for granted,” he stated. “You should never say, ‘I’m going to win,’ because first of all there hasn’t been a vote counted. ... I truly believe I have to be out (in the district) with the people I represent. This is a job that’s a privilege to hold, and you have to earn it every day, so my goal is to earn it every day.”