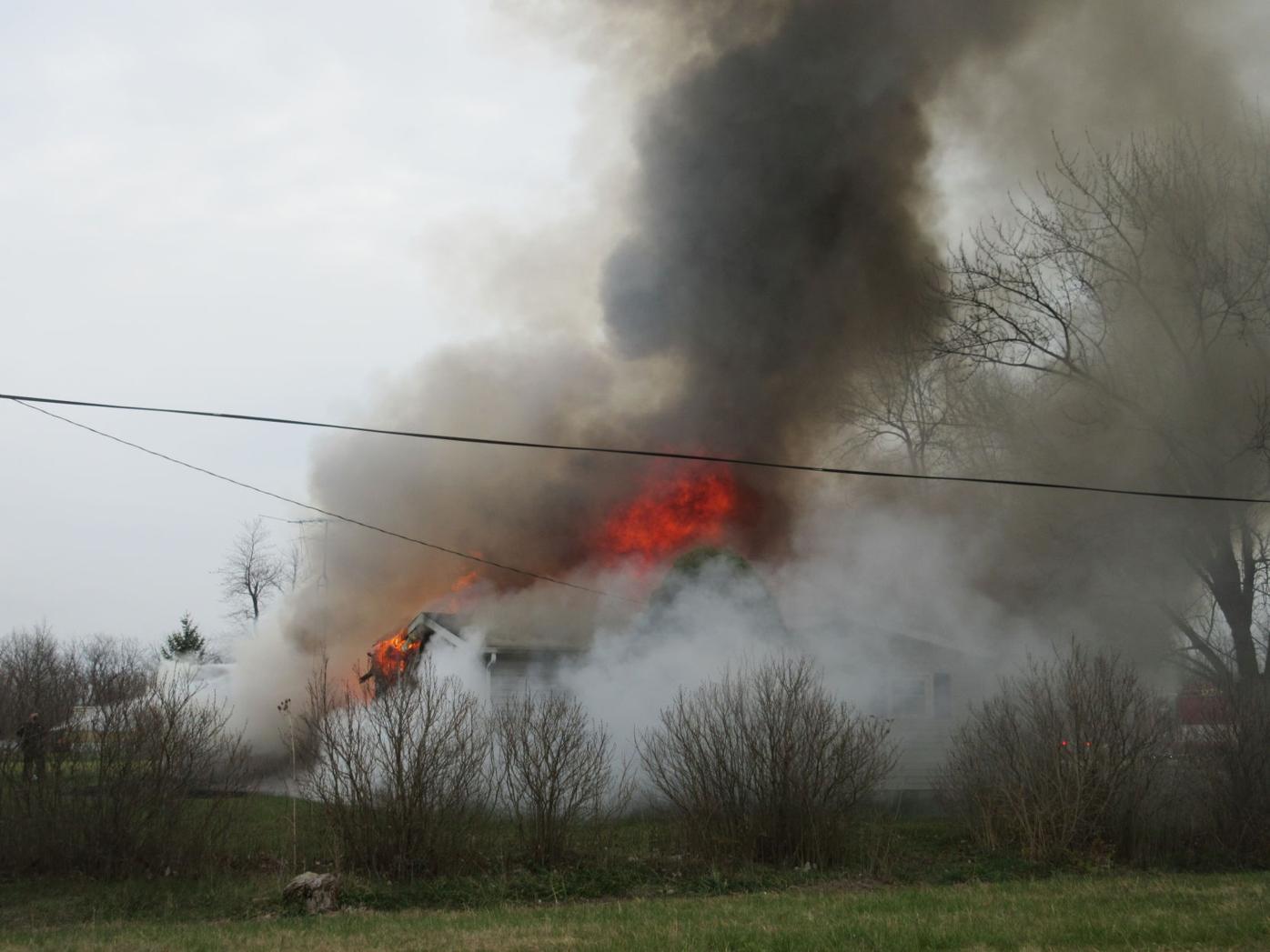 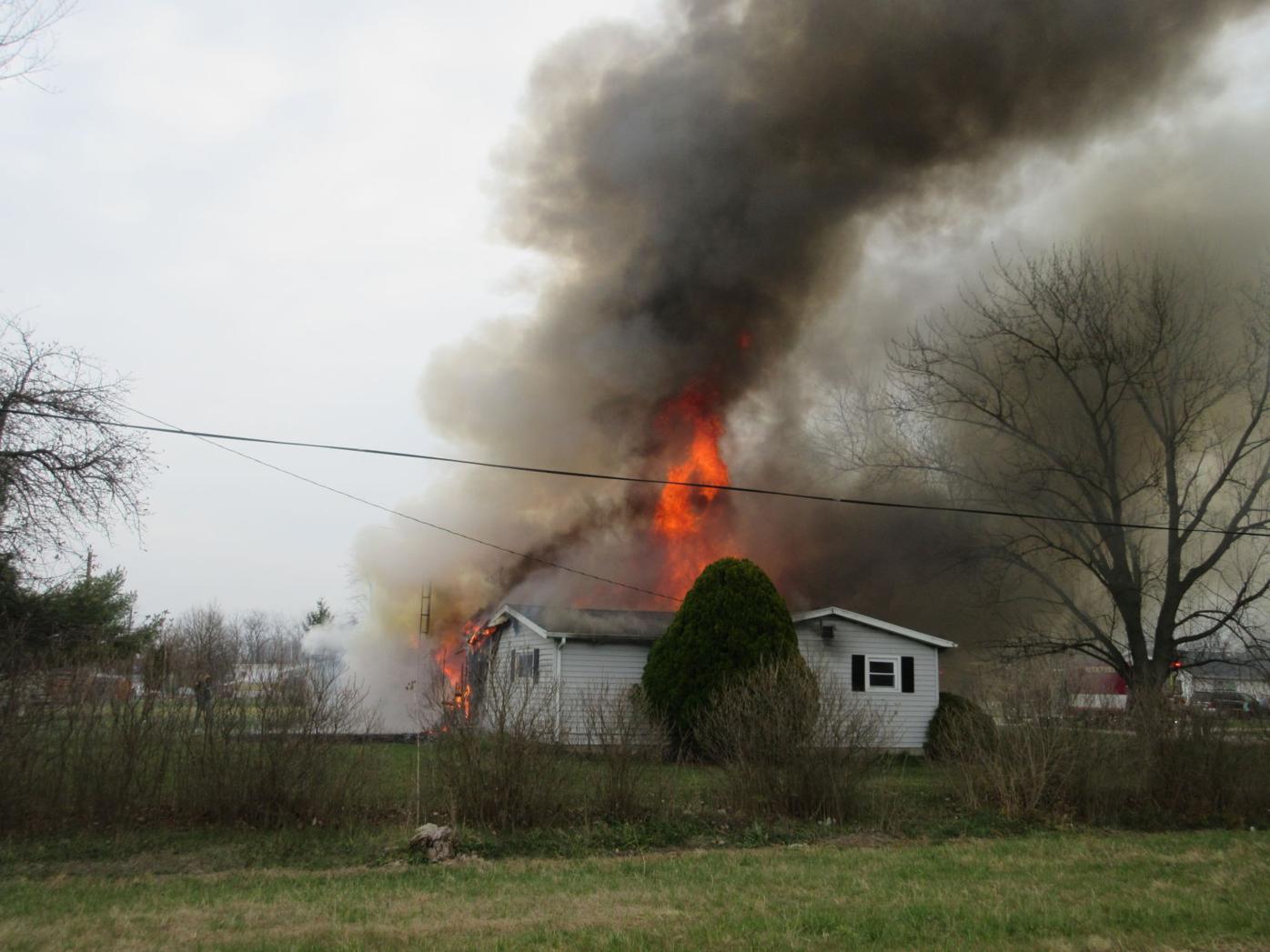 This home and a garage were destroyed during a fire early Saturday afternoon at 26200 Elizabeth St., along Dohoney Road, just south of Defiance. The home was occupied, but no one was injured, according to a local official. 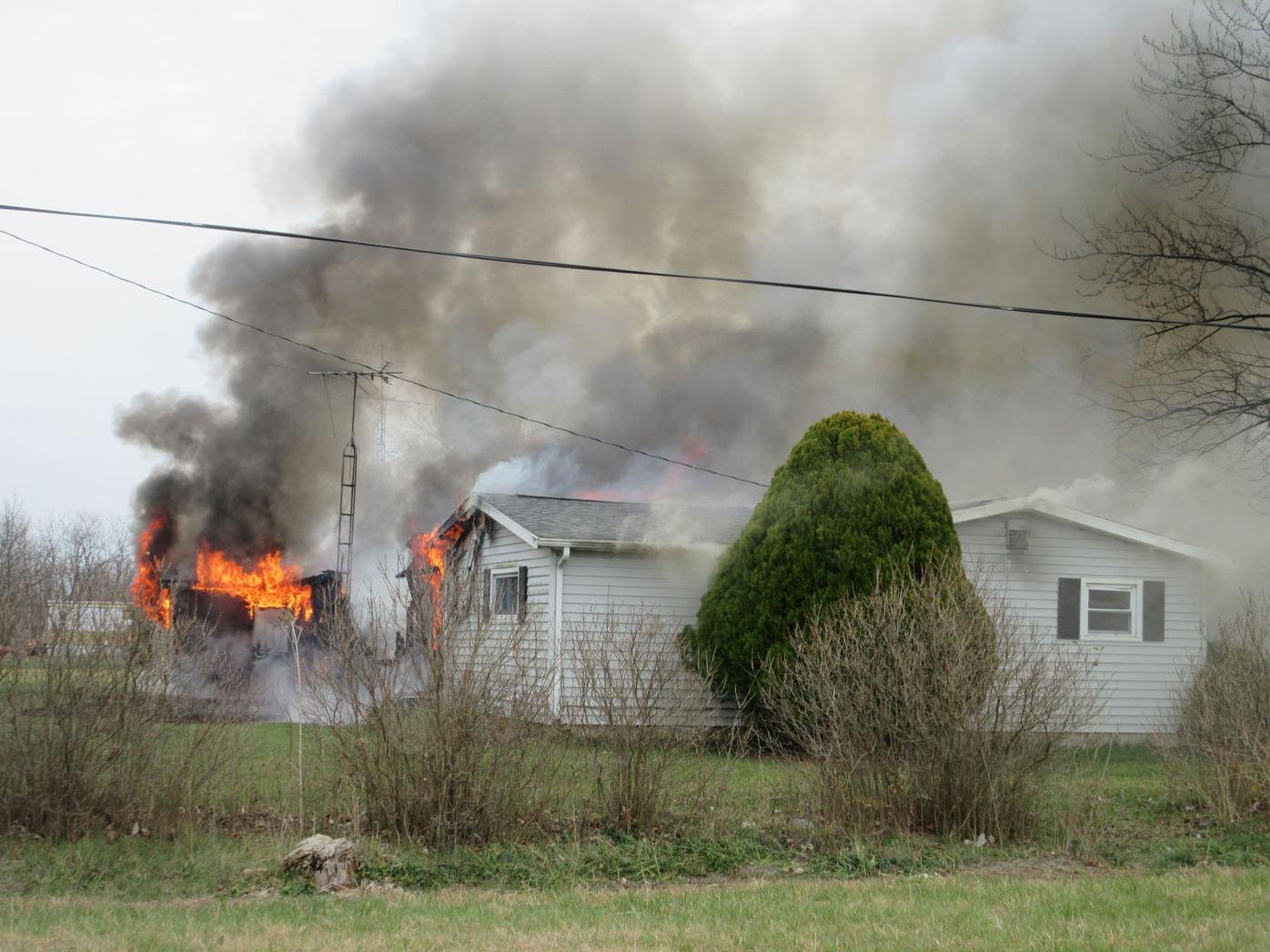 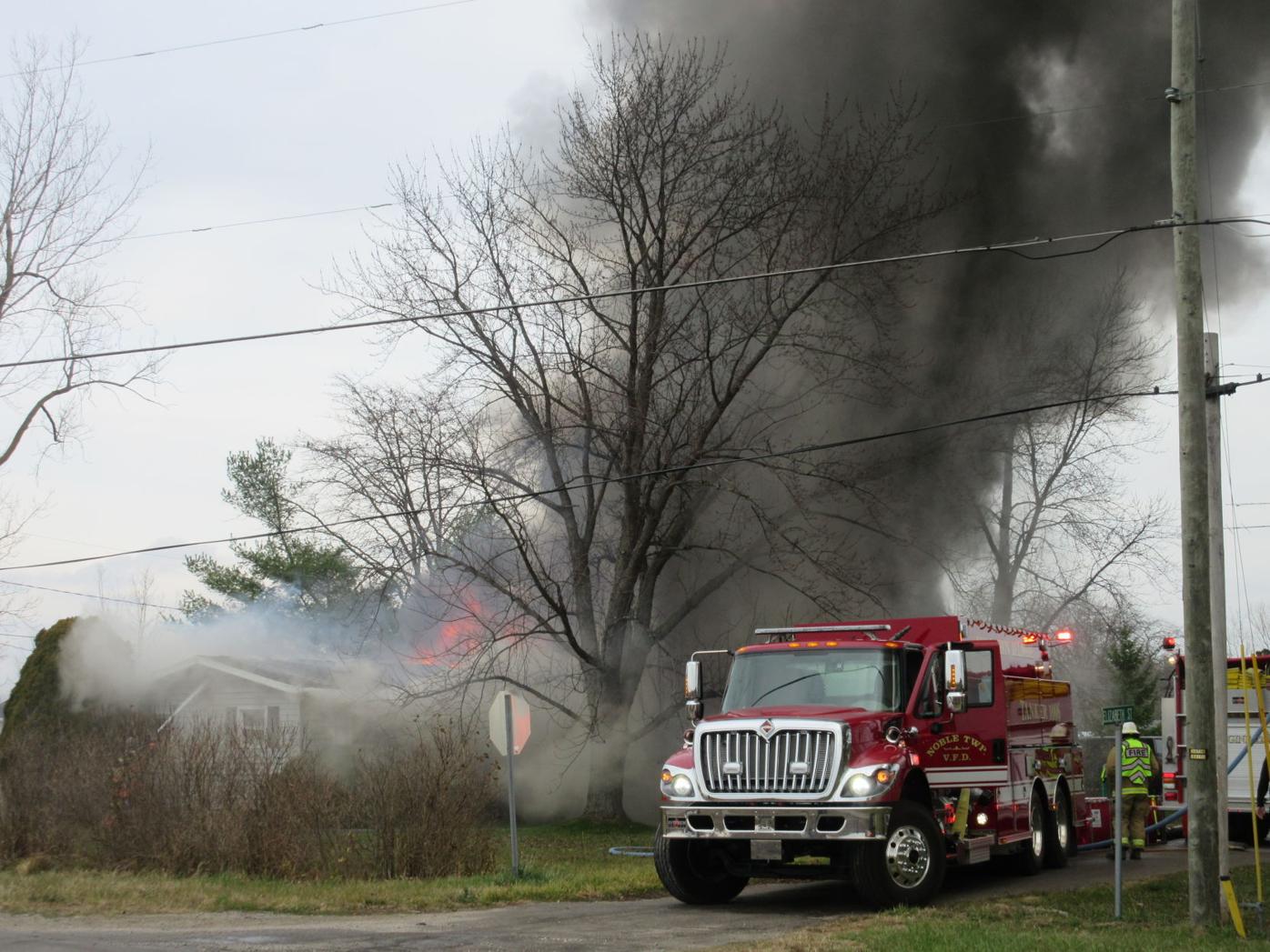 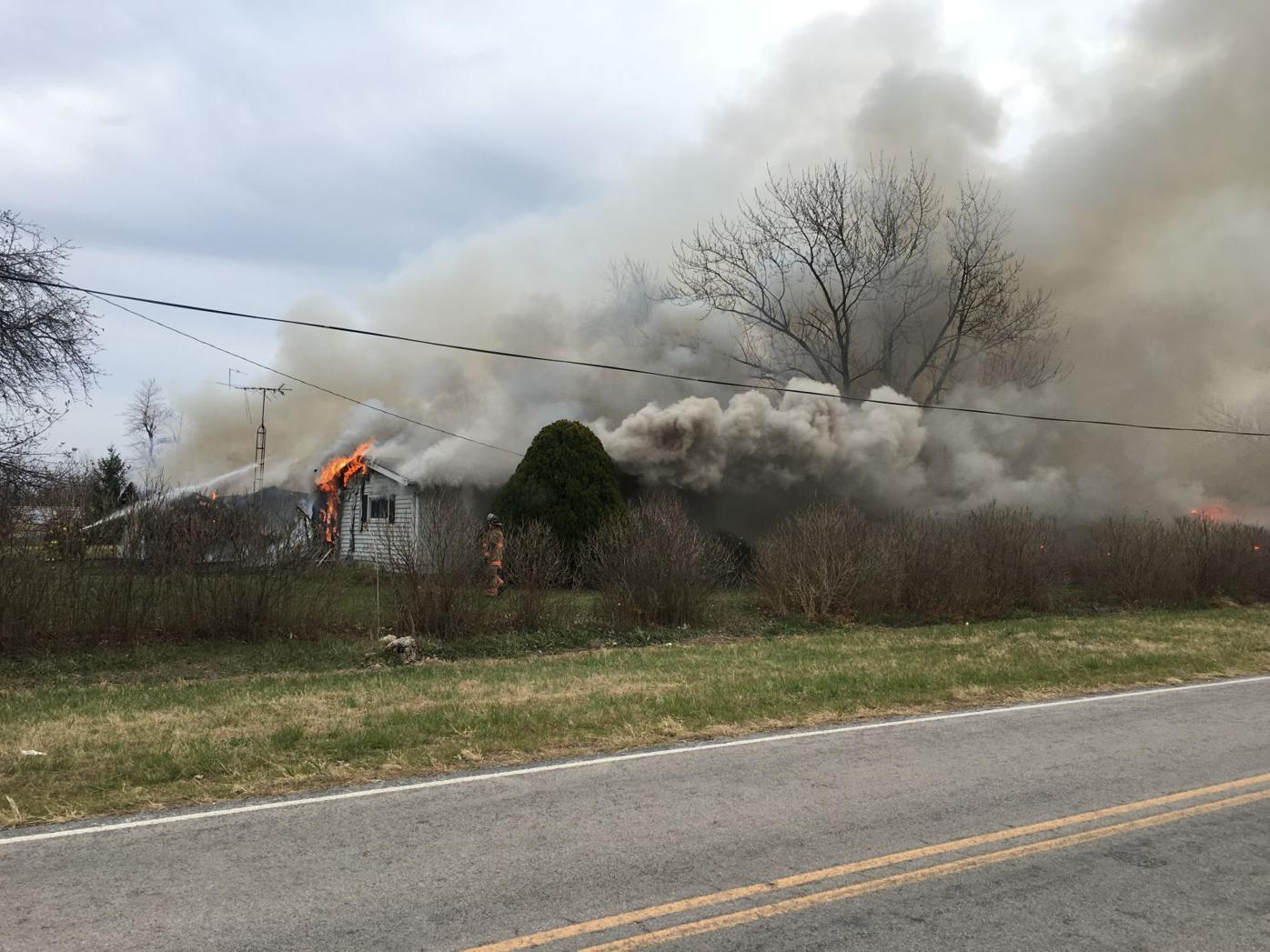 This home and a garage were destroyed during a fire early Saturday afternoon at 26200 Elizabeth St., along Dohoney Road, just south of Defiance. The home was occupied, but no one was injured, according to a local official.

A home and garage were destroyed during a fire early Saturday afternoon just south of Defiance.

“When we arrived on the scene, heavy fire was coming from the front of the structure — heavy fire and heavy black smoke,” said Highland Township Fire Chief Brent Davis.

Firefighters adopted a “defensive attack” to fighting the fire because of the severity of the fire while the occupants were accounted for. According to Davis, four teen juveniles were in the home when the fire started, while two adults were gone at the time.

“They (juveniles) smelled smoke,” Davis told The Crescent-News. “They left the structure and called 911 and got out. The parents — one was at work and one was running errands. ... They (juveniles) did the right things. They got the help they needed. From what I understand they are staying with family.”

No injuries were reported to the occupants or firefighters.

Davis noted that an excavator was used to allow firefighters access to the fire. But the home and its contents were destroyed, as was a nearby garage and two cars inside.

According to Davis, the fire’s cause was undetermined as of Saturday night. The state fire marshal’s office was set to take a look at the scene Monday, he said.

He noted that about 16 firefighters helped battle the blaze during a three-hour period, with approximately 20,000 gallons of water used from a tanker truck and an adjacent fire hydrant.

Firefighters were assisted by the Defiance County Sheriff’s Office, the Defiance Police Department (for traffic control at Dohoney and Ayersville roads), Toledo Edison, the Ayersville Water and Sewer District, and the Red Cross.

The home is owned by Dalas and Marlene Johnson, according to the Defiance County Auditor’s Office website.