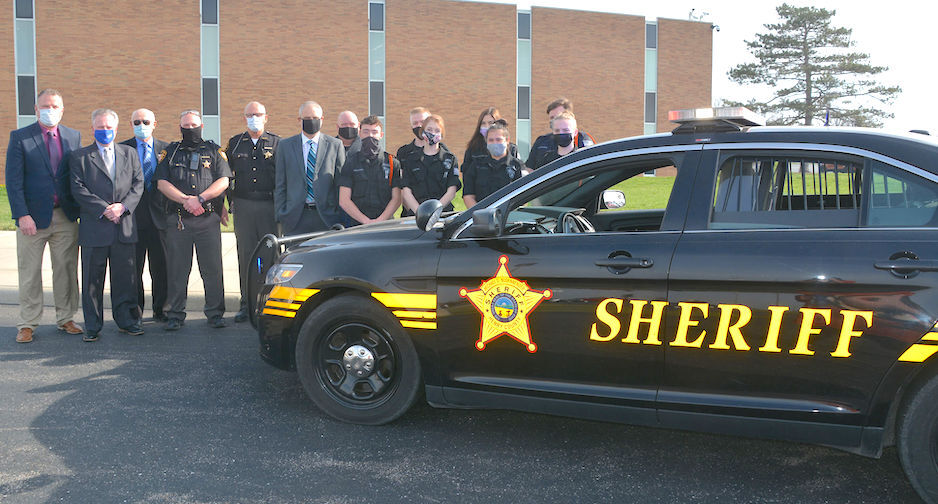 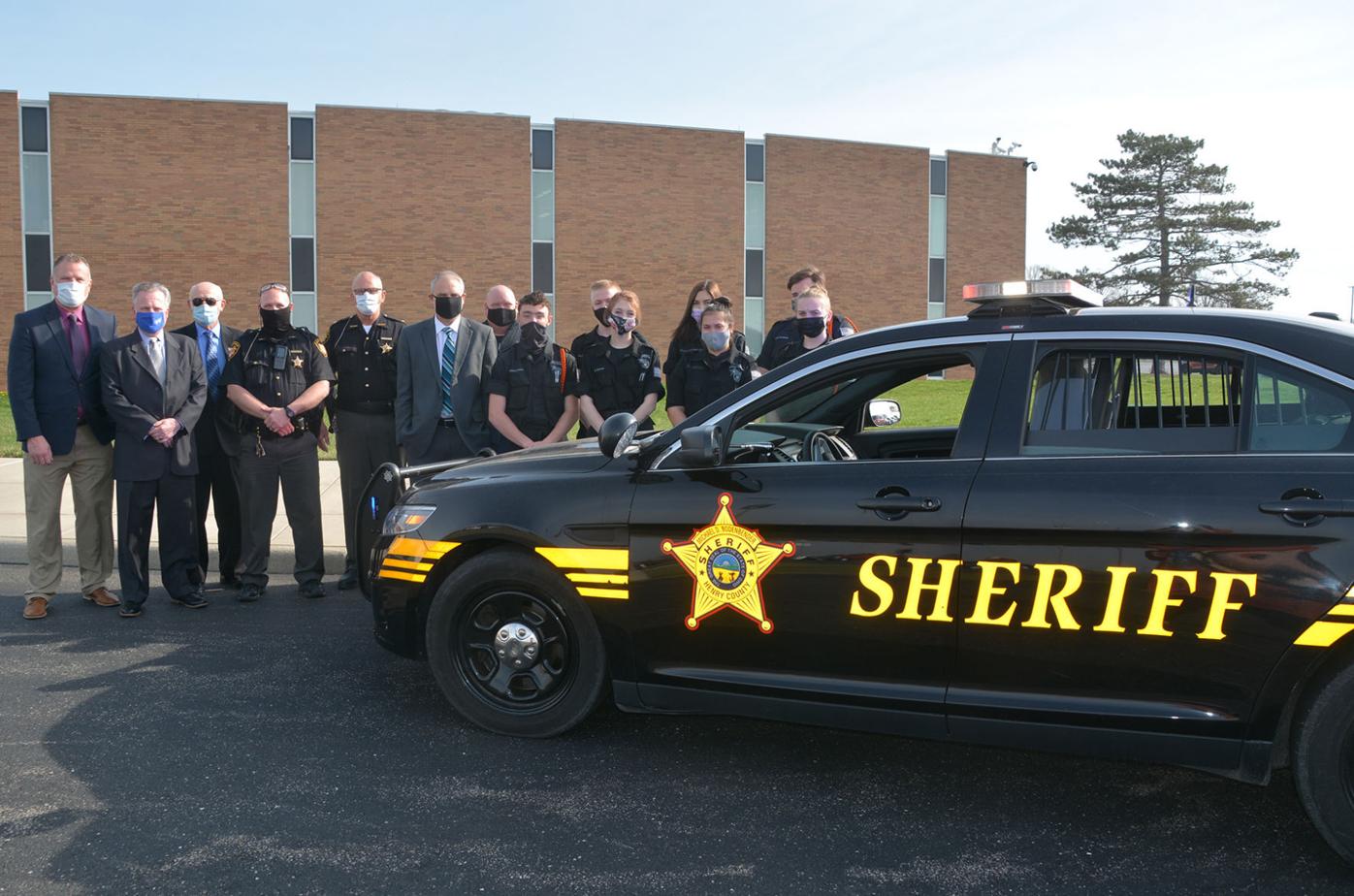 The Henry County Sheriff’s Office donated the fully functional four-door sedan — equipped with a light bar and law enforcement logo — to Four County this week, with the keys being turned over during Henry County commissioners’ regular meeting Tuesday morning. (Commissioners are the owners of sheriff’s cruisers.)

Sheriff Mike Bodenbeder explained that his office has acquired two new cruisers this year — both Ford Explorer SUVs — so the donation was part of the department’s regular cycling of vehicles. He said his office usually has about 16-18 cruisers, and acquires new ones each year.

Three more Explorers are on their way this year, he noted, as his office transitions from sedans to SUVs.

The one turned over to Four County had about 150,000 miles, he said, which is about the useful lifespan of a cruiser.

Bodenbender said he was approached by Four County’s school resources officer about the possibility of donating a cruiser to the law enforcement program there.

“So, I got with commissioners, and we sat down and made a decision to donate,” he said. “We had an old one — the first one we’ve ever donated. I just thought it was a good cause.”

Henry County Commissioner Glenn Miller commented that “it’s wonderful” that something the county is discontinuing in use “can be repurposed and used as an educational tool.”

One who is appreciative of Henry County’s donation is Kevin Thomas, Four County’s law enforcement and security tactics instructor. This increases the program’s vehicle inventory to two as it has an unmarked cruiser donated two years by the Stryker Police Department, he told The Crescent-News during an interview this week.

Because the cruiser is equipped with all the necessary functions used in police work, the vehicle can be an immediate asset to Four County’s law enforcement and security tactics.

“It was nice (for Henry County) to donate with a light bar and PA system,” said Thomas, who retired as Defiance’s Highway Patrol post commander in 2013 after 27 years with the Patrol. “That’s something we can utilize a lot.”

The cruiser won’t be deployed on the open road, but rather will be used to simulate traffic stops and other law enforcement actions in a back parking lot at Four County, according to Thomas.

“We’ll use it for stops and approach — everything from watching traffic to how the car is positioned ...,” he explained. “We won’t do a moving stop. We’ll have them (students) set up with the stop scenario and they just start from the stop position with their traffic approach. Students will volunteer their vehicles (for a simulated stop) and then we go through different scenarios.”

Some of the tasks to be taught with the vehicle will include maneuverability and backing, parallel parking, use of mirrors and how law enforcement should approach a vehicle and its occupants.