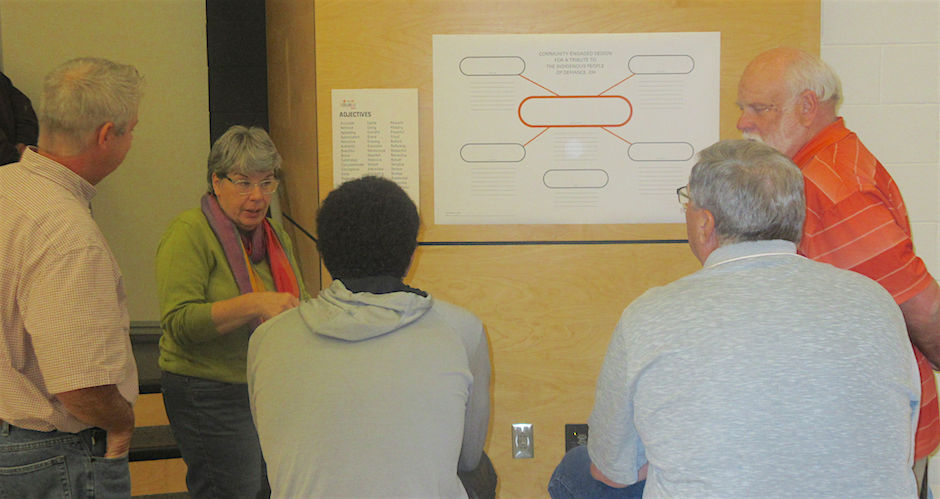 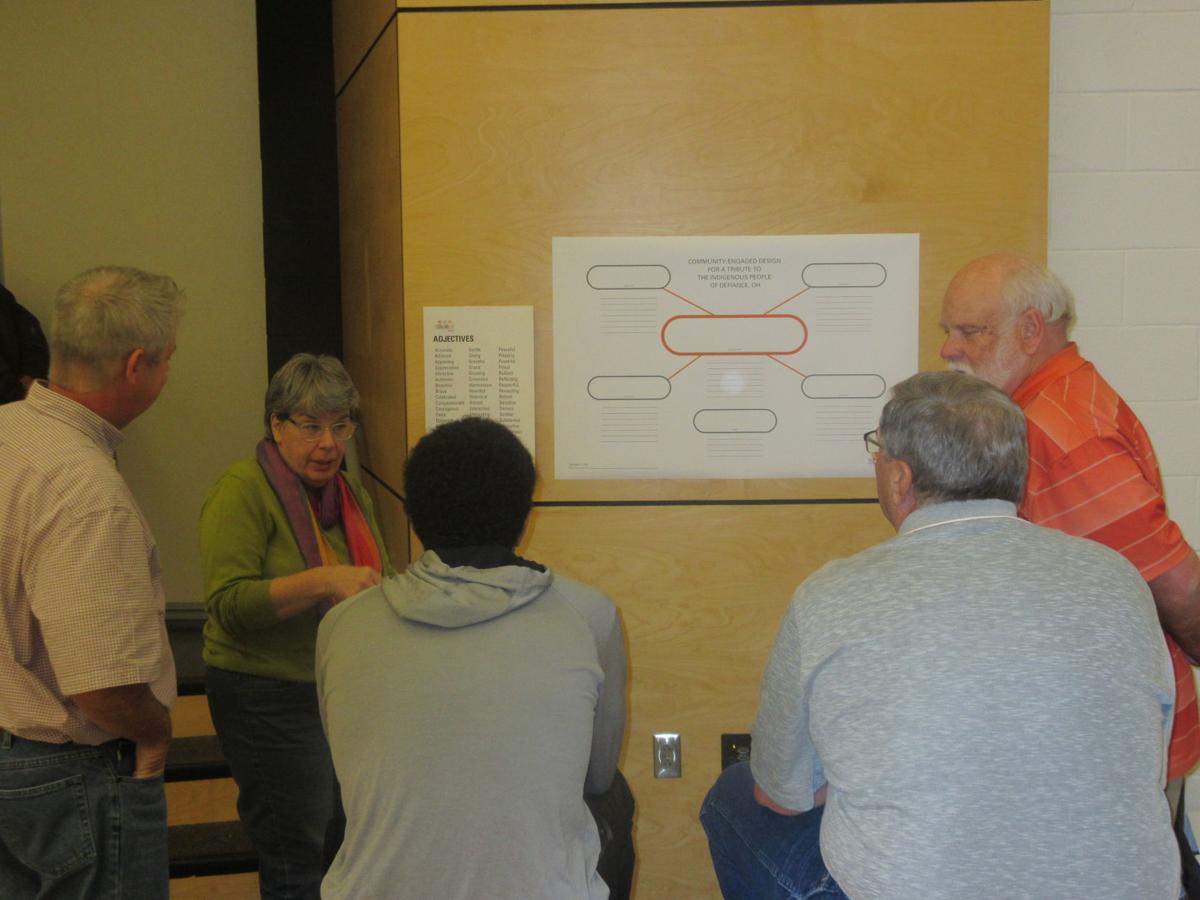 Community members worked together in small focus groups during Monday evening’s public forum on the proposed Native American tribute to be built in Defiance.

Community members worked together in small focus groups during Monday evening’s public forum on the proposed Native American tribute to be built in Defiance.

More than 40 local residents and city officials were on hand Monday evening at Defiance Elementary School for the second public forum on the development of a Native American tribute in the city.

Mayor Mike McCann began the evening by telling those in attendance that a tribute to those who lived here for thousands of years before white settlers was a vision that city historian Randy Buchman had shared with him years ago.

“Then yesterday I went into my office and saw the nomination forms for the city’s Hall of Fame,” said McCann. “In my four years as mayor I have really enjoyed recognizing people for this award. These are people who have been dead for at least 10 years, but made a contribution to our community that is worth remembering.

“Then I think about the Native Americans who lived here before us and realize that we have done nothing to recognize our predecessors,” said McCann.

McCann then turned the meeting over to Bowling Green State University associate professors Jenn Stucker and Jerry Schnepp, who also conducted a similar forum in September. Schnepp thanked everyone for coming out and noted that those in attendance would soon break up into smaller groups for discussion.

Before the breakout sessions, Buchman voiced his desires for the proposed memorial.

“One thing I would like to see the memorial accomplish is to catch the attention of those who see is and make us all realize that Native American people were here 5,000 years before we were,” summed up Buchman.

Then the audience was divided into eight groups where they were tasked with putting into words what they would like the Native American tribute to capture.

According to Schnepp, the information compiled from Monday night’s event, combined with the input collected at the September event, will be compiled to come up with suggestions for a tribute. Those suggestions will be presented to city officials and Buchman at a later date.

City officials have proposed a memorial on the east bank of the Auglaize River — on public-owned land between Hopkins and Second streets — to recognize the many Native American tribes and leaders who established villages at or near the confluence of the Maumee and Auglaize rivers.