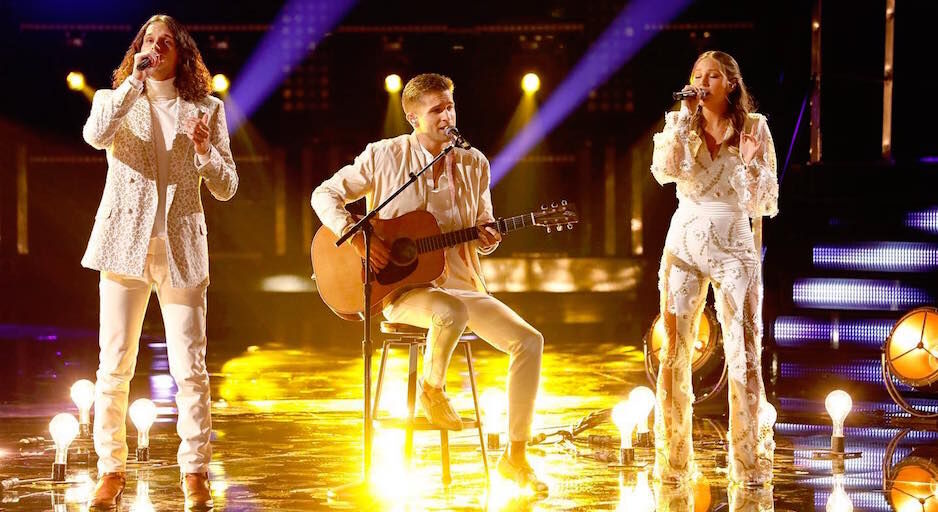 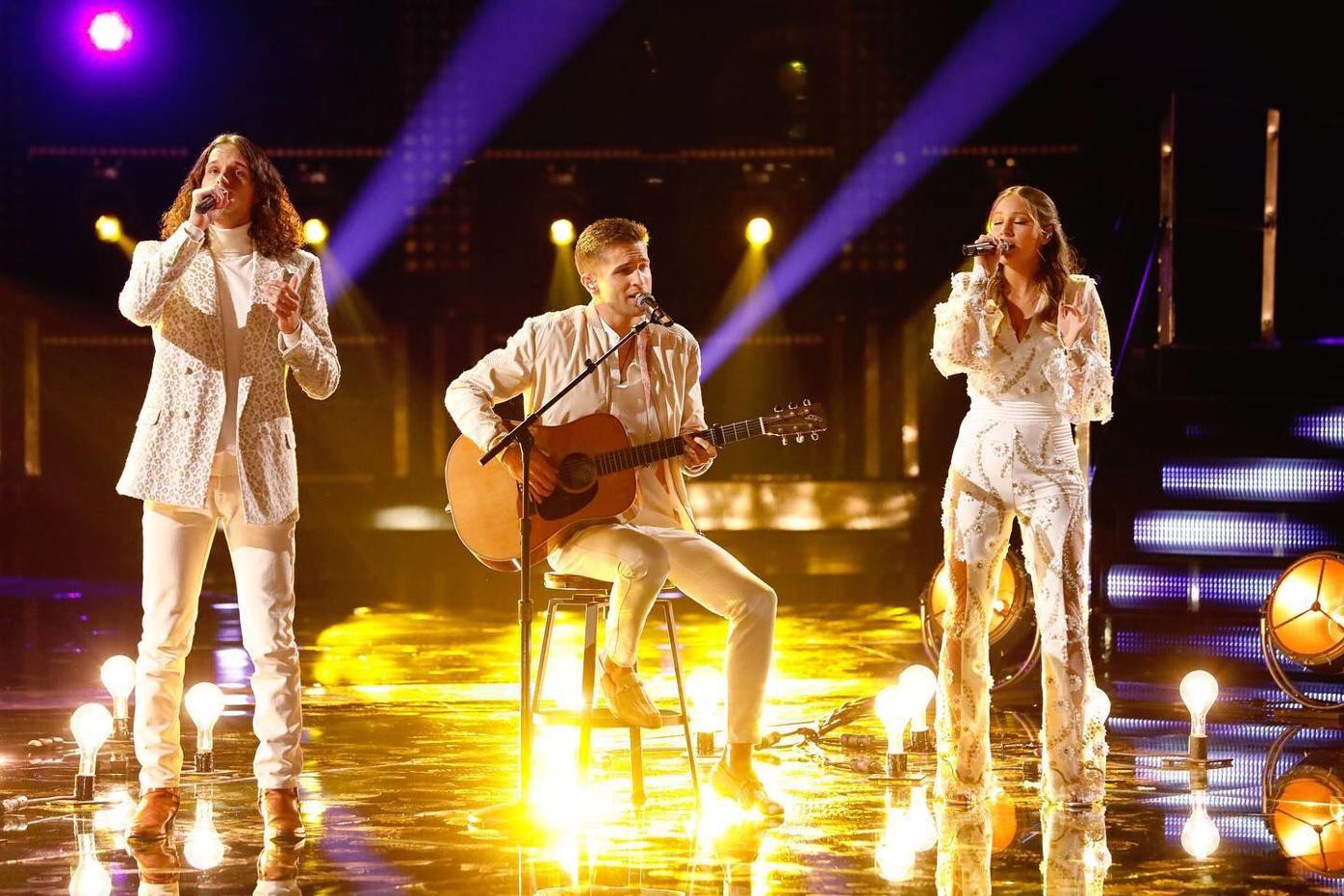 LOS ANGELES — Monday night kicked off “Fan Week” on The Voice and second to take the stage was the sibling trio, Girl Named Tom, of Pettisville.

For Fan Week, the Liechty’s, Bekah, Caleb and Josh, took their shot at moving toward the Top 10 next week with their performance of Ingrid Andres’ “More Hearts than Mine”.

The song accentuates close family ties and their coach, Kelly Clarkson said, “Girl Named Tom is really pushing themselves singing a Country song this week. I loved that fans chose this song and I also love that the message is ‘you’re gonna break more hearts than mine because my family is so close’.”

Bekah made clear how much she and her brothers appreciate their fans, “We have a special appreciation for our fans, for sure, because they are the reason we are even here in the Top 11. And our number one fan, Grandma (Jean), is over the moon.”

Josh said, “This song was from our Girl Named Tom show from like two years ago when we did this song.”

Caleb added, “It’s a modern Country song which, you know, it brings a whole lot of fresh sound.”

But Bekah was quick to say, “We don’t consider ourselves truly Country, so I’m a little scared.”

Speaking about their hometown fans, Bekah said, “We grew up in Pettisville, Ohio, and the fact that we are on The Voice now, our hometown is going crazy! The kindergarten class even sent us fan mail.”

“We put them all up on our hotel room wall,” admitted Josh.

Josh spoke about their hometown, “You know you’ve made it when kids dress up like you for Halloween.”

“For Halloween, I got this huge afro — that’s my only recognizable trait,” added Josh.

Clarkson added that the trio had even gained some national recognition: “GNT — that’s what I call them — they’re actually in the Top 10 on the iTunes chart. Up there with like Adele and it’s like crazy.”

Kelly said that the trio is really showcasing who they are with this song: “I love this song for y’all.”

But the excitement wasn’t only in Los Angeles. Their alma mater, Pettisville High School had gathered the whole community to celebrate their performance. Even Duane Beck, their former choral instructor from high school was there to celebrate.

When asked what it was like to see how far Girl Named Tom had come, Beck said, “It’s been so exciting for me to watch them and just see them improving, get better and better each time.”

When they finally performed, Girl Named Tom delivered that tight harmony and unique sound for which they are known.

After their performance, Blake Shelton was the first judge to comment about it saying, “I mean, it’s incredible, I love that song and I like you guys doing Country. I heard you saying that you felt maybe a little out of your comfort zone, or you were nervous about it, but it feels like home to me. It really does. Man when you guys come together in harmony, that’s really special — what you guys have.”

Adding to Shelton’s critique, Clarkson said, “Oh my gosh, it’s so fun to work with y’all. It’s just such a blessing. This season for me I have so many people to come in and ya’ll are ready to work, you’re ready to challenge yourselves. You’re ready to kind of go outside your box. It’s just a really fun time and y’all are so talented. You walked into the room and didn’t really know the song at all and then came up with that really quickly.”

Clarkson ended with, “It’s powerful, so cool that harmony and that family element, it’s really a connecting tune because we all need to connect to something right now.”

The voting began Monday at 8 p.m., and remained open until 7 a.m. Tuesday (today).

Only a few weeks remain in the contest until one artist takes home the grand prize ... a recording contract.