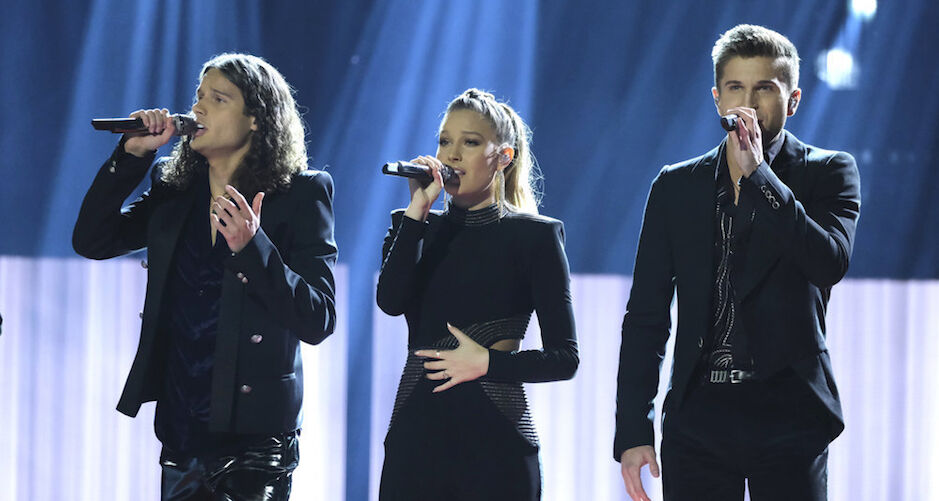 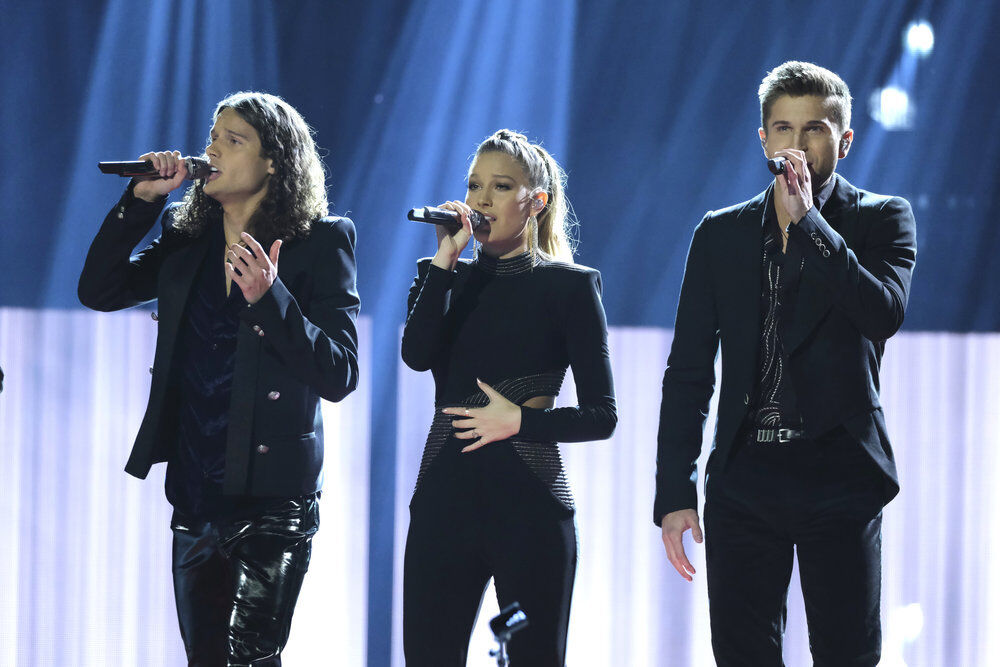 Shown is Girl Named Tom performing “Viva la Vida” by Coldplay during Challenge Week on the NBC hit series “The Voice.” The group performed “River” by Joni Mitchell in the semifinals on Monday night.

Shown is Girl Named Tom performing “Viva la Vida” by Coldplay during Challenge Week on the NBC hit series “The Voice.” The group performed “River” by Joni Mitchell in the semifinals on Monday night.

LOS ANGELES — Girl Named Tom took the stage in the live semifinals of “The Voice” Monday evening, and once again proved why they were part of the final eight contestants vying to win the competition.

The group from Pettisville, that features siblings Josh, Bekah and Caleb Liechty, performed “River” by Joni Mitchell, before later performing with Team Kelly teammate Hailey Mia to sing the 90s hit “Hold On” by Wilson Phillips.

Each of the eight acts left sang by themselves, and with another artist still left in the competition. Each collaboration featured a song from the 1990s.

Prior to performing “River,” their mentor Kelly Clarkson told the group: “I am so excited, I knew y’all make it to the finale ... never had a doubt,” to which Josh replied: “We’re not there yet.”

Answered Clarkson: “But you’re in the semifinals and this is the performance to make it to the finale. I really feel y’all have a chance of not only being in the finale, but winning.”

Said Josh: “Two years ago we were just starting out as a band and now we’re in the semifinals, just looking back on how far we’ve come is remarkable.”

Clarkson discussed with the trio about performing “River” by Mitchell, to which she said: “I think this song, selfishly, is beautiful because it’s my daughter’s name, but also I just love this song for y’all, because it’s kinda coming back to your roots, and it’s a song everyone knows as well.

“This song allows them to show their individual strengths, and their strength as a group,” added Clarkson.

Bekah shared that when the band was starting out, they made a video of themselves singing “Little Green” by Joni Mitchell, which was sent by one of their friends to Mitchell.

“She (Joni Mitchell) liked it and she sent me a gift for my 21st birthday,” said Bekah. “Joni sent me a box of CDs of the early years of her career. (The card read), ‘Rebekah have a happy one.’ I’m going to treasure this forever. I just love the way she packs so much feeling into every song she writes.”

When the trio finished their solo performance, John Legend was the first judge to comment saying: “Every week you are making beautiful music up here, we’re so lucky to have you here. I love you singing Joni Mitchell, I think it’s just cool for you, and it’s so cool she heard you and responded to you.

“She is such an iconic artist, and that was such a beautiful, beautiful performance, it was so well done,” added Legend.

Said Clarkson: “You guys, I mean, the coolest thing y’all don’t know about this group is that they’re always working until the very end. Little changes keep happening, and it’s so cool because you care about every moment and it shows. You leave no moment left unspoken for, the message is there.

“You just make such a beautiful story musically and not just with the words, literally you are the most special thing I’ve ever seen on this show, it’s so crazy,” added Clarkson. “Thank you for picking me. America vote for Girl Named Tom!”

Following their performance of “River” the group tweeted: “Feeling thankful to be able to sing that song for all of you tonight.”

The voting began Monday at 8 p.m., and remained open until 7 a.m. Tuesday (today). A total of three performers will go home this round after Monday night’s votes are counted, leaving the “Final 5.”

Only the finals remain in the contest. In the end, one of the final five artists will take home the grand prize — a recording contract.