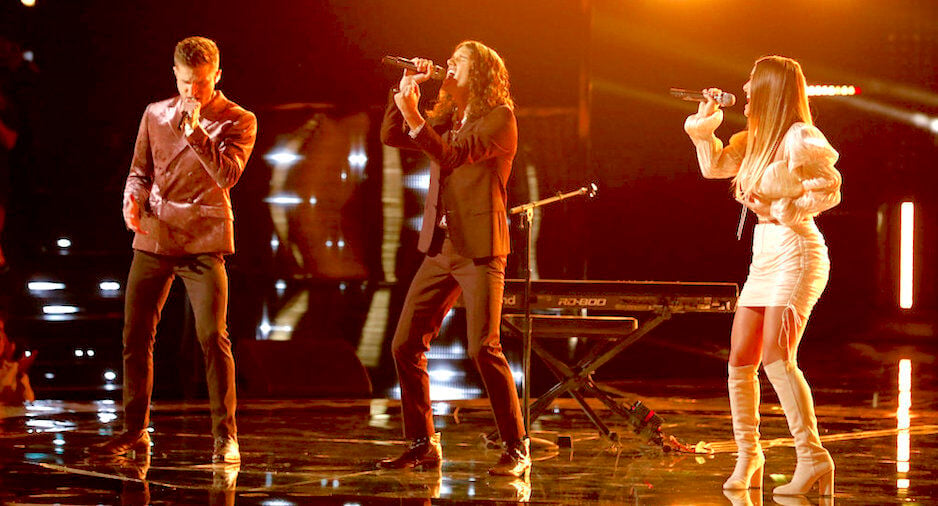 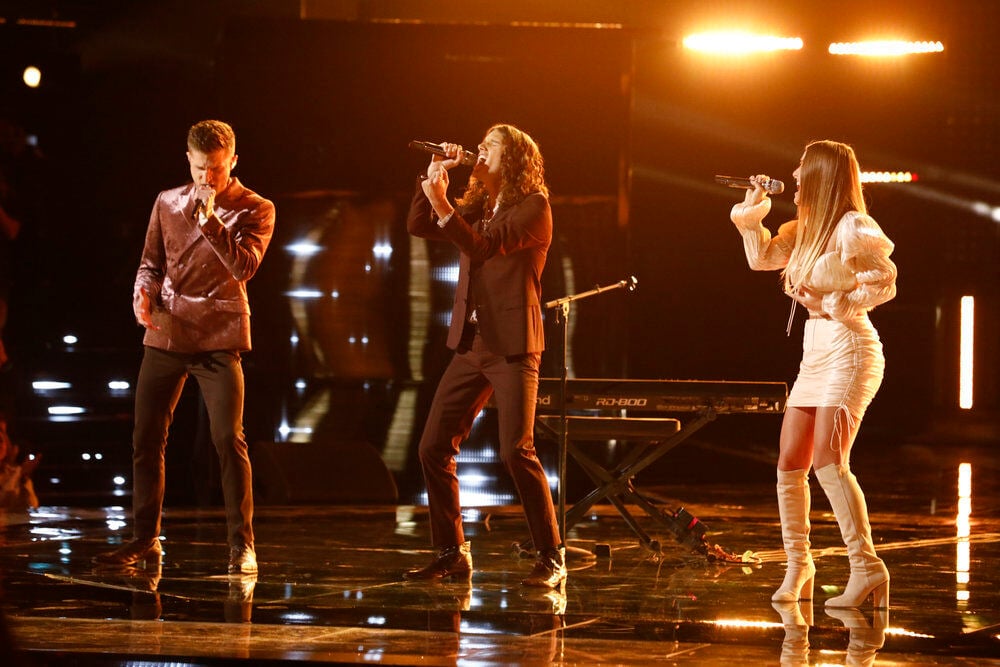 LOS ANGELES — Challenge Week began Monday night on “The Voice” when the Top 10 took the stage, with northwest Ohio hopeful, Girl Named Tom closing out the show with their performance of “Viva la Vida” by Coldplay.

“These three have been taking challenges and risks their whole lives,” said Carson Daly as he introduced the trio, “and so far, it is definitely paying off.”

Talking about last week’s performance, Josh said: “It was crazy, we got off to Number 2 on the Country charts on iTunes this last week.”

Kelly Clarkson, their mentor agreed: “You all did so good. You sounded so great.” This week, was not going to be so easy, however, “... we push the artist to go ‘fish out of water’ because it’s really cool to know other genres of music, and not just be one lane.”

“You’ve done a lot of different genres already, so I thought Coldplay was cool, ‘cause nobody’s ever heard y’all with that kinda sound,” added Clarkson.

Caleb was quick to admit: “I love Coldplay.” Bekah and Josh were a little harder to convince.

Caleb also said: “This is their anthem, a huge important song.”

Hoping to push the trio, Kelly added: “What’s cool about Girl Named Tom is they started out like folky, singer-songwriter, and now I have them in Challenge Week doing this big, huge, stadium kinda’ vibe song and it’s very different from their sound. So I’m pretty stoked about it.”

“You keep telling us to grow, and to take a risk — and this whole band thing was a risk in that, we were gonna be doctors,” Josh admitted.

“What?” said Kelly with surprise.

Bekah clarified: “Our grandpa was a family practitioner in a small town in Indiana. We definitely wanted to follow in his footsteps.”

Added Josh: “Caleb and I graduated college with biochemistry majors and we were looking at med schools. Bekah was looking at the same track when our mom suggested, ‘Why don’t you form a band?’ It didn’t take long for us to take her up on it.”

Said Kelly: “We would have missed out on their music, on this sound on this moment. So I am really excited that they didn’t become doctors.”

“We want to get people off their couches (with this performance),” said Josh.

The energy of their performance — from moving around the stage, to singing with confidence — came through.

After the performance, Girl Named Tom tweeted, “That was UNREAL!” and “Challenge Week was so fun!!!”

Blake Shelton was the first judge to comment on their performance.

“I love that you guys switch it up because I think individually, you all three have so much to offer as vocalists and as front people for the group. And then when you come together, it makes it that much more powerful. And this was probably the best performance you guys had so far.”

“You know, one of my favorite shows I’ve been to was Arcade Fire,” said John Legend, “and I loved watching them like switch instruments and move around the stage, like just take different roles in the band, and I was just imagining what your concerts are gonna be like, and how fun they could be, and how you could play different instruments, do all sorts of different things.

“It’s such a cool family group and seeing you together having fun on stage, and being musicians on stage together. It’s so much fun for us to watch. I love Girl Named Tom everybody,” added Legend.

Kelly couldn’t stay silent: “With Challenge Week, I feel like this was the biggest challenge of anybody. Y’all took on Coldplay and you’re usually doing folk stuff. That’s totally different. And it was so amazing to see your energy and y’all flying around the stage. It was so cool, Caleb, that it was your idea to do the drum thing ... it was so cool.

“You’re such a great group and you have such a great bond, and that’s why your harmonies are so incredibly tight. And that’s what makes y’all so special. Thank y’all for picking me,” added Clarkson.

The voting began Monday at 8 p.m., and remained open until 7 a.m. Tuesday (today). Two performers will go home this round after Monday night’s votes are counted.

Only a few more rounds remain in the contest. In the end, one artist will take home the grand prize — a recording contract.