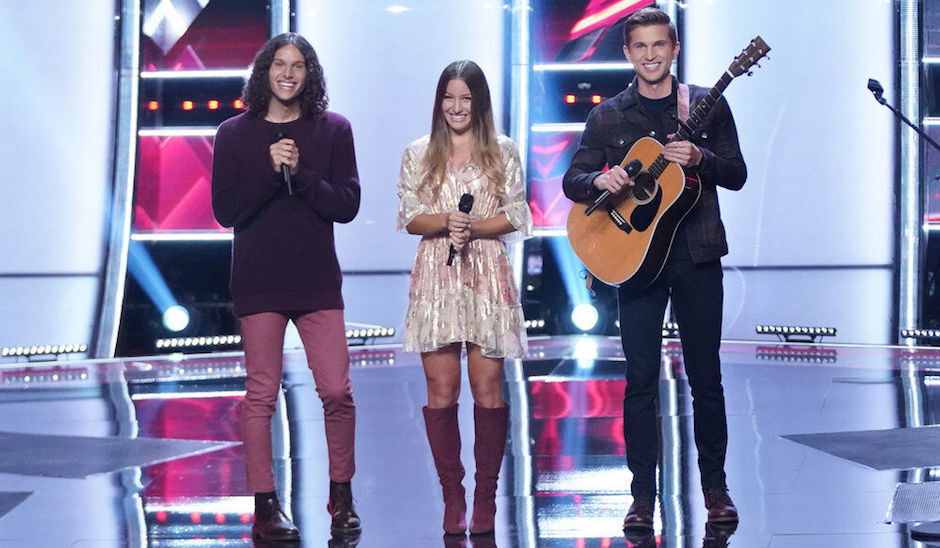 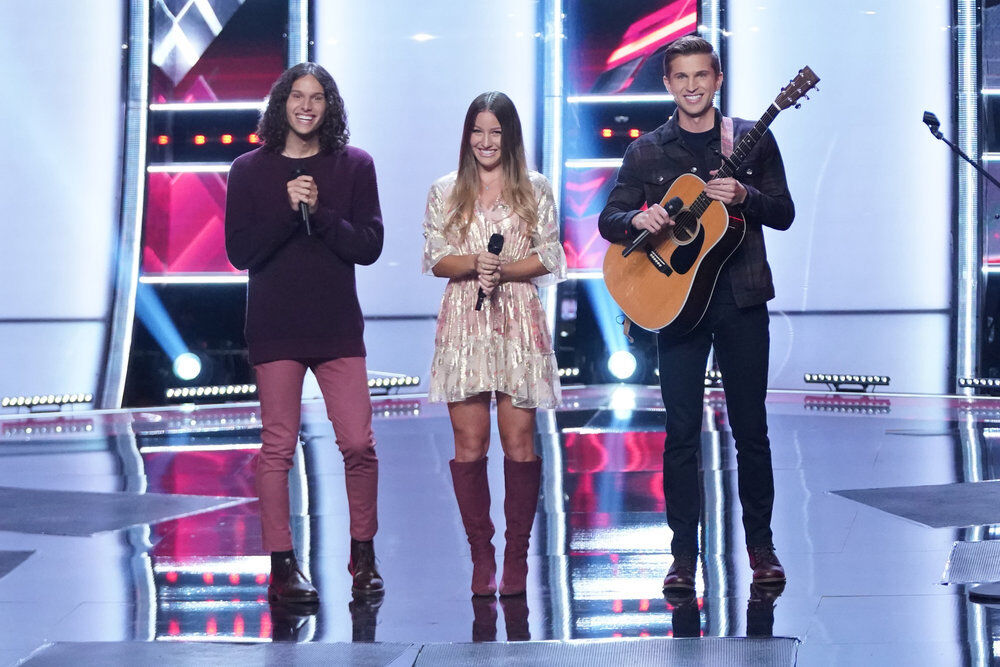 LOS ANGELES — The next step for Girl Named Tom begins Monday when the singing group competes in the Live Rounds on NBC’s “The Voice.”

The group, which features siblings, Caleb, Bekah and Josh Liechty of Pettisville, advanced to the live rounds by winning in both the Battle Round and the Knockout Round. During their time on the show, the trio has been mentored by celebrity coaches Ed Sheeran and Jason Aldean, as well as Kelly Clarkson, whom the group chose to be their mentor following its blind audition.

After spending a few months at home, both in Pettisville and their home in South Bend, Ind., the three are back in Los Angeles working on their craft.

Said Caleb: “We went back and forth between Pettisville and South Bend, and we did some live shows in the area.”

When asked if anyone recognized them when they were “out and about,” Bekah said, “A few times,” while Josh joked, “When we’re by ourselves, we don’t get recognized, we have to be walking shoulder-to-shoulder through the supermarket for people to recognize us.”

During the Live Rounds of the show, the television audience votes to save its favorite artists, and the two artists with the lowest number of votes will be sent home each week. In the end, one artist will be named “The Voice” and will receive the grand prize of a recording contract.

Girl Named Tom is excited to show the audience, and fans around the world, “what they got” when they hit the stage for the live performances on Monday. The trio shared they’ve been working hard to prepare for what lies ahead.

“We’ve rehearsed with the band, we’ve rehearsed with Kelly, we’ve had choreography rehearsal, wardrobe fittings, voice lessons to go over our arrangements, we’ve worked on our social media presence ... there’s been a lot happening,” said Bekah. “We’re so excited to hit the stage and put on a great show Monday night.”

Said Caleb: “Production gave us a keyboard for our hotel, so we can practice our song in our room ... we’re doing everything we can to be prepared.”

When asked what it was like to work with the celebrity coaches, Bekah explained she took what Sheeran said to them to heart.

“Ed Sheeran told us that luck is where preparation meets opportunity,” said Bekah. “People have said, ‘Ed Sheeran got lucky,’ no he was prepared and seized the opportunity. That’s what we’re trying to do, work hard and be prepared, so when that opportunity comes Monday night, we’ll take it and run.”

Said Josh: “Ed Sheeran helped us with our song and talked to us about ‘The Voice,’ but he also talked about what it means to be an artist, about the music industry, and what it takes to make it. He told us not to put all of our artistic energy into just the show, it’s a great leaping board, but to think about our future. He said it’s all about putting in the hard work and making the most of your opportunities. We really appreciated that great advice.”

In the Knockout Round, the group performed “Wichita Lineman,” a song written by Jimmy Webb and first performed by Glen Campbell. Prior to the performance, Caleb, Bekah and Josh revealed they chose the song as a tribute to their dad, who is battling terminal cancer.

When asked about the performance, Caleb said: “I would say the performance itself, it’s a bit blurry in my mind, it’s hard to remember what I was thinking and feeling in the moment, but watching it on TV for the first time, it became very clear. The emotion I felt, and the whole room was feeling as the back story was going on, definitely brought tears to all of our eyes. It was very powerful ... I’ve never been so moved by one of our own performances.

“The love we have for our dad, and our mom, was wrapped up in that performance. It struck me to watch it, and it caught me off guard a bit,” added Caleb.

Said Bekah: “It’s surreal to know the whole world knows our dad is struggling with that. It felt weird to share that with the world, but at the same time it feels right, because it is real for us. Not everything is amazing being away from our family, it’s really hard.

Added Josh: “’Wichita Lineman’ is one of those songs that has beautiful lyrics, but it’s one that the feelings it creates, transcend the music and the poetry of it. We were glad to be able to perform it in a way, where you could feel the love. It was for our dad, our mom and for people who are struggling.”

The three admitted they are glad they chose Clarkson as their mentor, and they are pleased to have gotten to know her as a person, not a “Superstar.”

“She is just a beautiful person,” said Bekah. “We are so thankful to get to interact with her on a real level as friends, not just musicians. She has given us a genuine perspective on life, and that’s something we’ll hold on to forever. The music details are super fun, and the fact that she’s a ‘Superstar’ but is so down to earth, that gives me hope we can stay true to ourselves.”

Said Josh: “Kelly made us feel comfortable from the first time we met with her, she’s just an old soul. She is easy to talk to, of course we were nervous the first time we went to talk to her, but she quickly put us at ease. She is obviously an incredible vocalist and is very knowledgeable about her craft, but our comfort level has grown, and she really does stick up for us.”

Said Josh: “We’re excited, nervous and we can’t wait to see how America and the world responds on Monday.”

Added Caleb: “I think everyone is going to love our next song.”