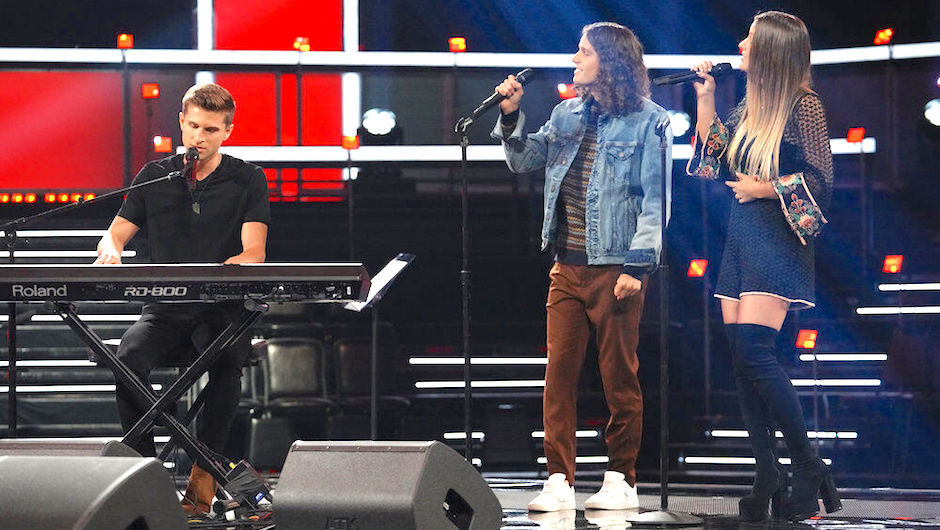 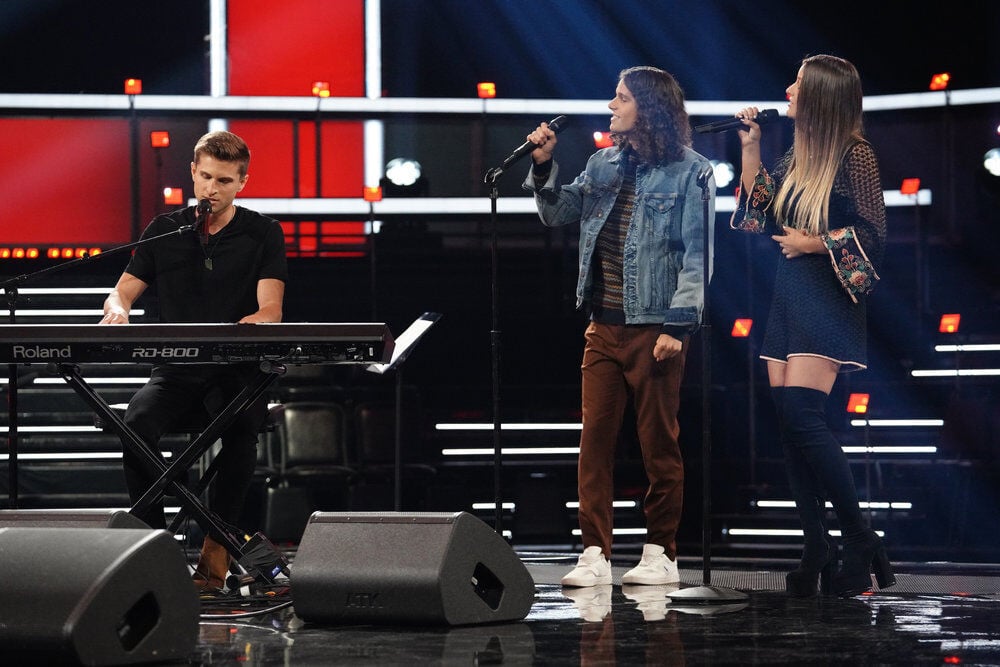 LOS ANGELES — Girl Named Tom hit the stage Monday night on the NBC hit series “The Voice,” where the group kicked off the show by performing “Creep” by the group Radiohead during the Live Rounds of the show that featured the Top 20 remaining artists from all four teams.

The group had advanced to the Live Rounds, following victories in the Battle Round and Knockout Round.

Caleb began the performance singing from behind the keyboards, before Caleb and Bekah joined in to blend all their voices into their signature sound.

When the group finished, host Carson Daly said: “What a great way to start!”

Legend followed by saying: “You know I’m a big fan of a Girl Named Tom, I just love the way you sing together, the blend. We’ve never seen a group sing with the tightness and the musicality that you have done on your journey on this competition ... just so good together. You have such powerful arrangements and you execute them so flawlessly. Another well-done performance.”

Said Clarkson: “I’m so proud of you all, I was so excited in rehearsal, but I know I look like such a ‘goober’ fan. It’s such a beautiful song and its harmonies are just so intricate and tricky, but it all sounded so very well blended. Your family harmony is just so ... you just can’t beat it. The fact, like, that you (Bekah) did that soaring thing, and you all did my favorite part ... you sounded like Queen, I love it.”

“I’m telling you, it was so dramatic and I’m so proud to be your coach,” said Clarkson.

Said the trio: “Thank you.”

Following their performance, the group tweeted from @GirlNamedTom: “We are feeling so blessed and overwhelmed with all the love and support you all have given us so far! Thank you.”

Prior to their performance Monday evening, the group shared during an interview with The Crescent-News they were ready to perform.

“We’re grateful for every day we get to be here, and we’re looking forward to hitting that stage,” said Bekah.

Said Josh: “We’re excited, nervous and we can’t wait to see how America and the world responds on Monday.”

Added Caleb: “I think everyone is going to love our next song.”

During the Live Rounds of the show, the television audience votes to save its favorite artists, and the two artists with the lowest number of votes will be sent home each week.

According to “The Voice” official Twitter page, there are two ways to vote:

• “The Voice” official app — the app is available in the App Store and Google Play.

Each method allows up to 10 votes.

On tonight’s (Tuesday’s) episode of “The Voice,” the show will then reveal the two artists from each team who made it through based on viewers’ votes.

Each coach will also select an additional artist from his or her team to advance to the next round of the competition.

In the end, one artist will be named “The Voice” and will receive the grand prize of a recording contract.