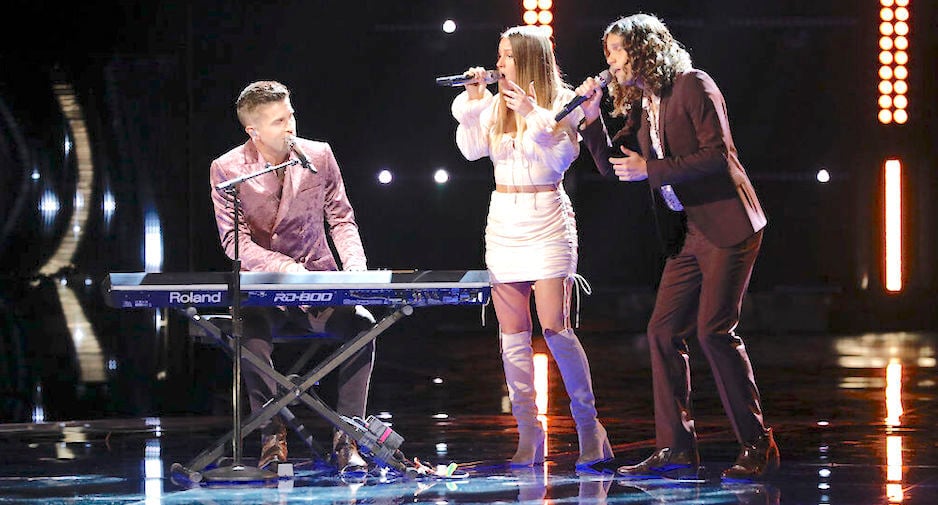 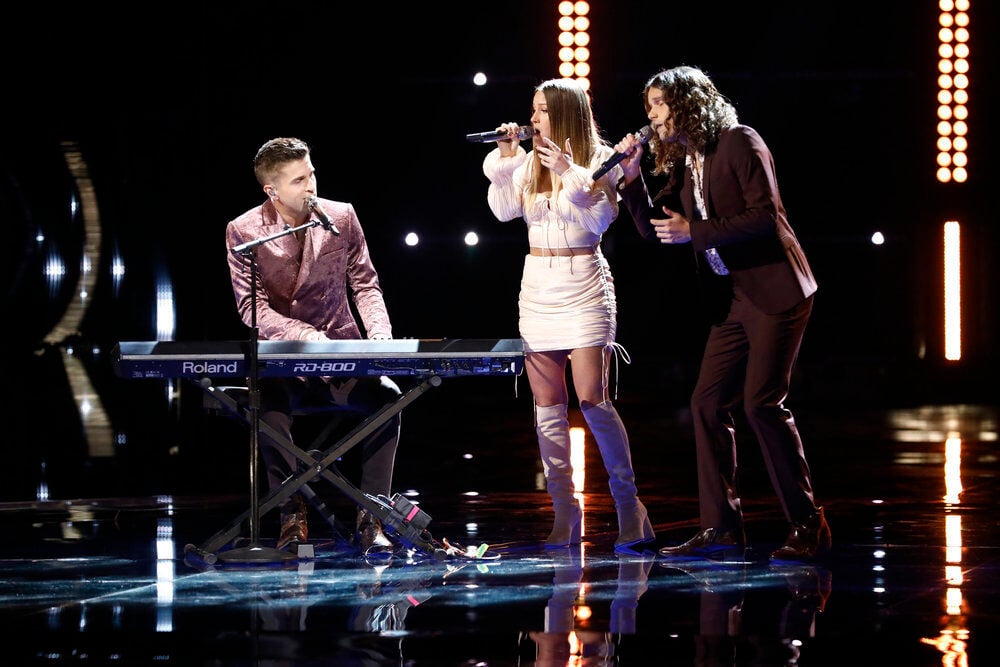 LOS ANGELES — During Monday night’s Live Rounds of the NBC hit series “The Voice,” Girl Named Tom dedicated its latest performance to Grandma Jean as the group performed “Dust in the Wind” by Kansas.

Girl Named Tom was part of the Top 13, with two of those 13 performers set to go home following voting by fans around the world.

Bekah started out solo on the song as Caleb backed her up on the guitar. On the chorus, Josh and Caleb joined in as the three harmonized in their own style — a style that both John Legend and Kelly Clarkson, their mentor, mentioned as “haunting.”

Clarkson asked the three about their song selection. “Like, why ‘Dust in the Wind’, Kansas?”

“Grandma’s like my best friend and I was a caretaker for her because she had developing dementia,” said Bekah. “But she always lights up when she talks about singing with her twin sister, Shirley.”

“She was actually on one of the OG singing competition shows that like got Frank Sinatra and Gladys Knight,” added Josh.

“You have gotta be kidding me! Are you serious?!” asked Clarkson.

“She was on the same show and she and her twin sister got second place,” said Bekah.

“We’re so fortunate to have both of our grandma’s in our lives, but we’re dedicating this song to our Grandma Jean,” said Caleb. “She was in a duo with her sister. So you can imagine how excited she gets watching us sing with our siblings.

“The song suggests that everything has a time and then passes and fades into nothing, even memories and for our Grandma Jean that’s the case right now,” added Caleb.

“You’re like singing this like Allison Krause, that’s what I am hearing right now. Very cool,” said Clarkson.

“The tradition of harmony is within us and as Grandma Jean likes to say, ‘You got that from me,’” Caleb said.

“Dementia has taken a lot from her, but when she sees us on ‘The Voice,’ she just glows and it’s the best feeling in the world,” said Bekah.

“This doesn’t come around often, like a family like this because y’all have an epic chance at doing something magical. I don’t know if a trio has ever made it this far, but like I could see them winning the show. They’re incredible,” Clarkson added.

After finishing their performance Monday night, Clarkson and John Legend were on their feet.

Said Legend: “That was magical. That was stunning. Um, I told you all I have been a fan of yours since the very beginning and I think that was the best performance so far. I think your lead voice (Bekah) was just haunting, it was like magical, beautiful and I’ve never heard you sound better as a soloist. Then when you all come together it’s just, Woo!

“It’s interesting that he said ‘haunting’,” began Clarkson, “’Cause I was literally saying, ‘Sound creepier.’ I wanted it to be creepier — ‘cause it sounds like the most beautiful and angelic kind of memory, and the song is such a special song in general, and how y’all harmonize like I wasn’t kidding there’s no group that’s ever done this ... you’re so gifted. All of you. Not just one of you — every single one of you is so gifted as their own individual artist. America please vote Girl Named Tom through.”

Following the show, Girl Named Tom tweeted: “Thank you for all the love and support.”

The voting began Monday at 8 p.m., and remained open until 7 a.m. Tuesday (today).

Only a few weeks remain in the contest until one artist takes home the grand prize ... a recording contract.