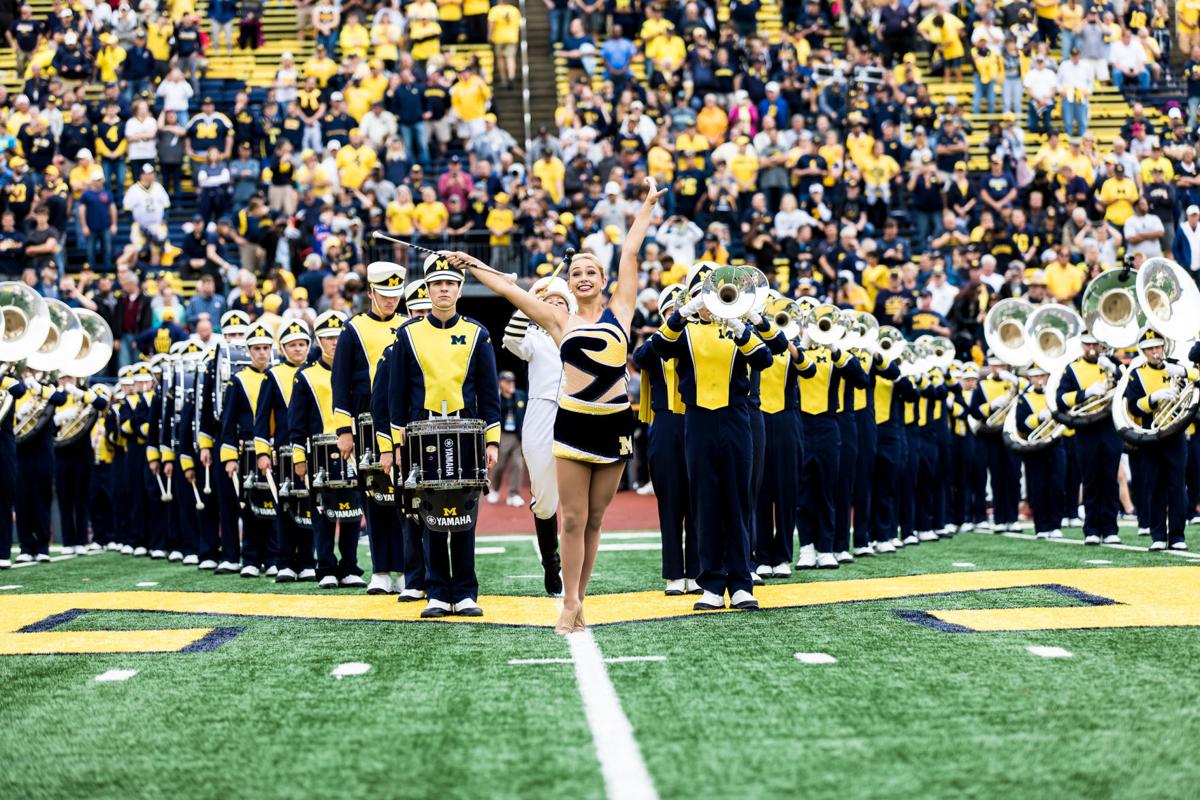 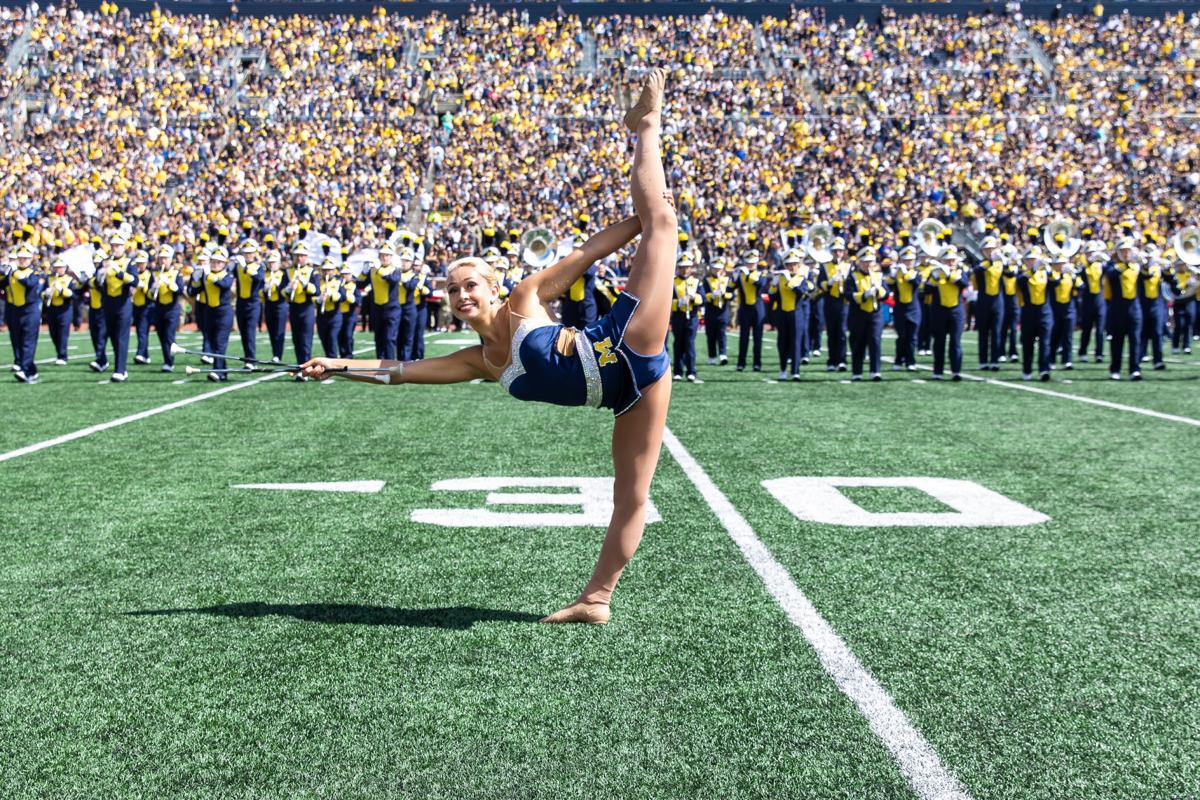 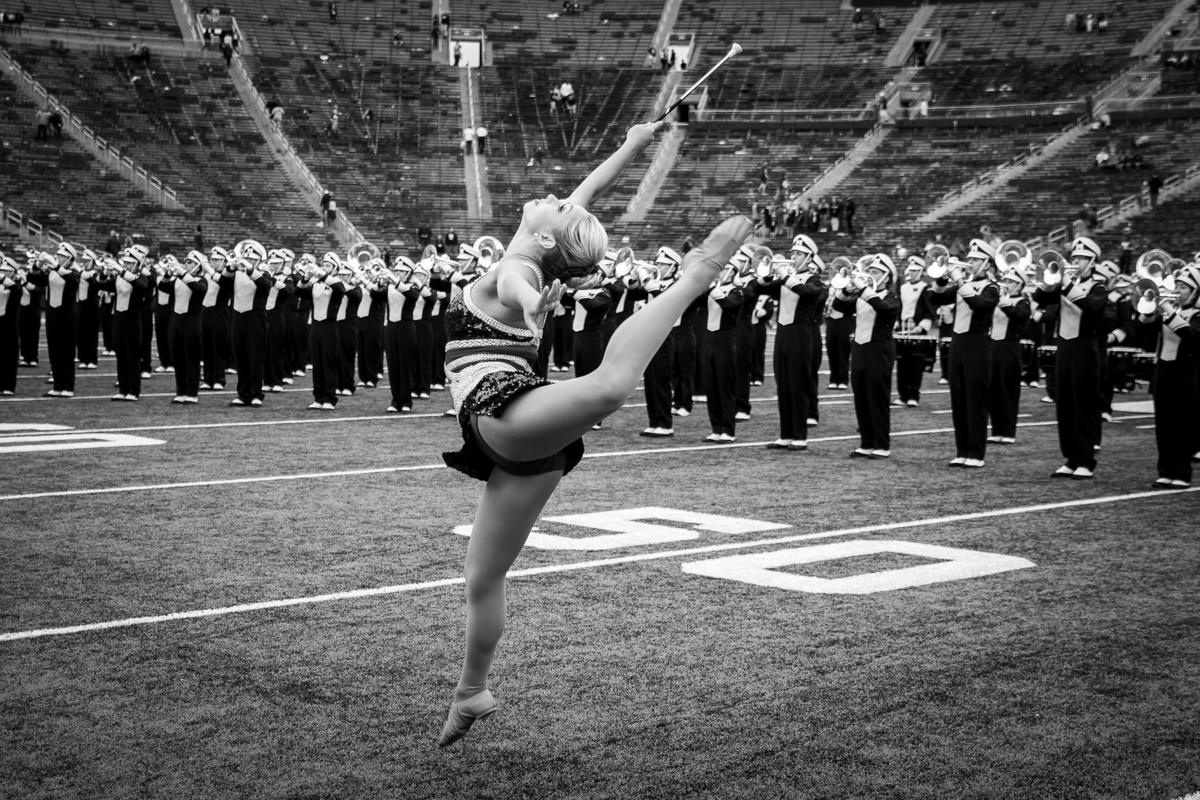 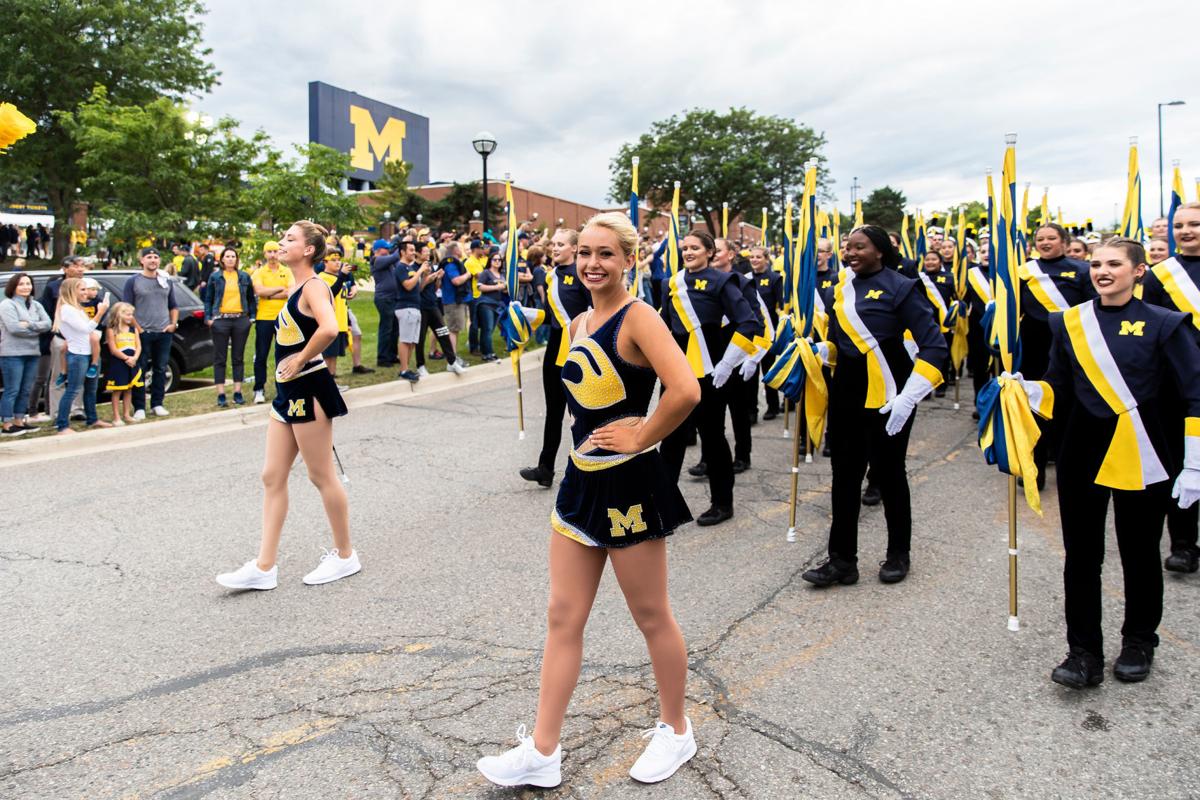 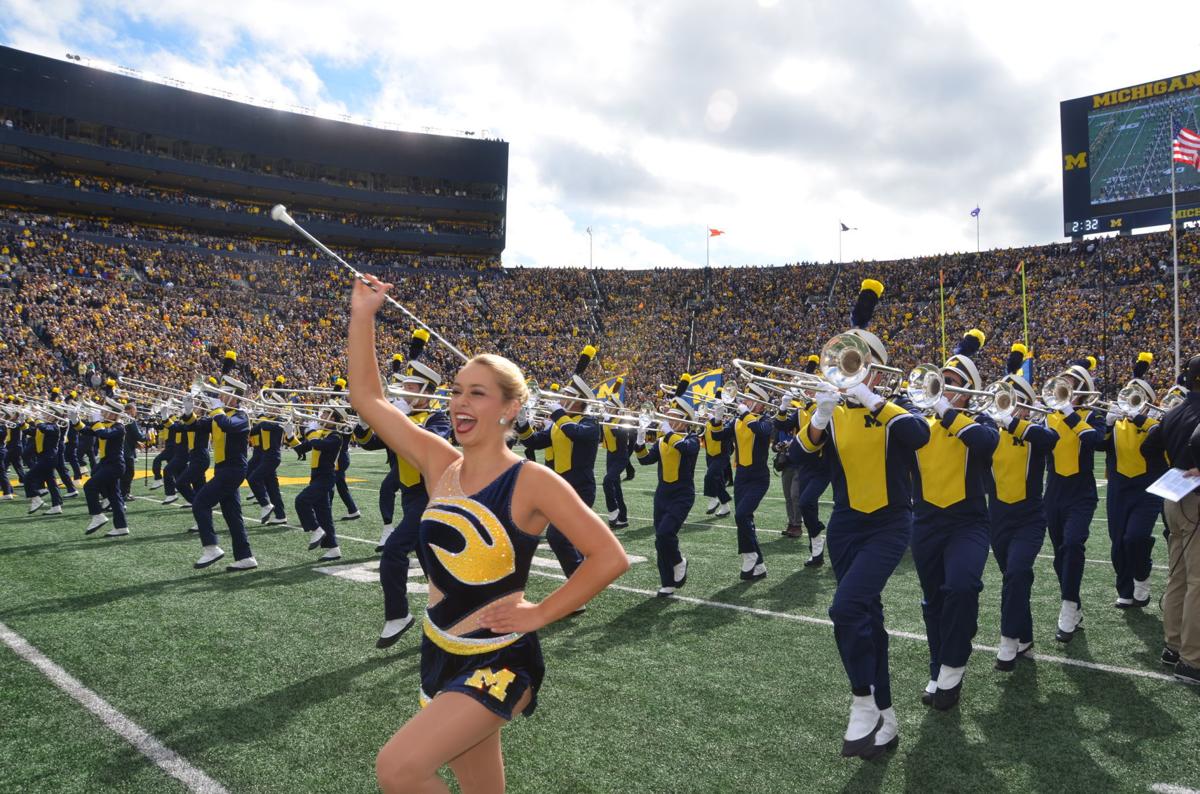 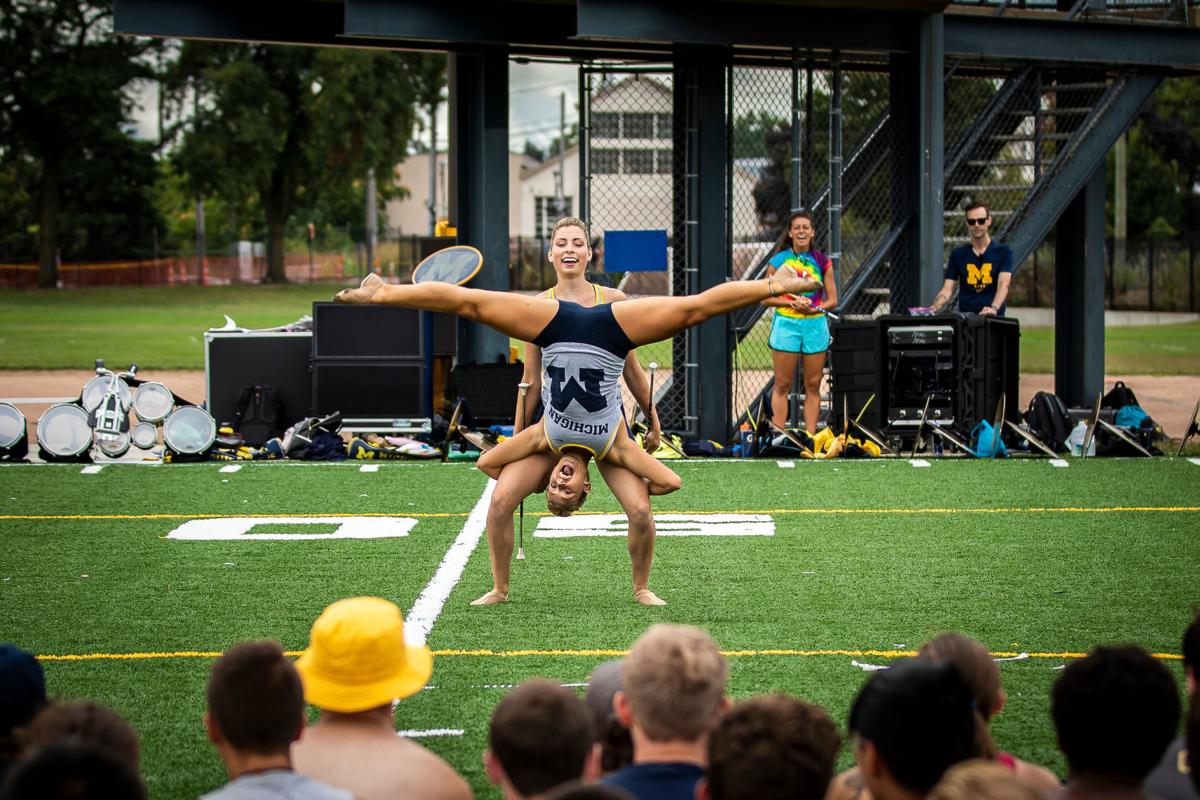 It’s not where she ever thought she’d be, but at noon today, Ayersville High School graduate Marcy Miller will be standing in the center of the college football universe.

“God really does that,” explained Miller, the daughter of Dr. Martin and Nancy Miller. “He really closes every door, just so he can open the one where you’re supposed to be at. And that’s incredible to me, to know that Michigan is really where I’m supposed to be at and I love it.”

The door that opened was to the “Big House” and the University of Michigan.

When the Wolverines’ football team runs out of the tunnel to take the field for today’s game against archrival Ohio State, Miller will be leading the way.

The freshman pre-med major is one of just two majorettes for the U of M marching band.

Miller has twirled in competitions in stadiums all over the world, but she’s never been on a bigger stage than the one she’ll step out onto today.

It’s a place that, growing up, she never envisioned.

Miller always saw herself as a college twirler, but the color she envisioned was being a Golden Girl at Purdue. But as fate would have it, once she stepped foot in Ann Arbor, Mich., she knew that’s where she was destined to be.

“I accepted offers to audition to Clemson, Purdue and Michigan,” Miller said about her top choices after high school. “Michigan was my first audition. I auditioned there live and had an interview with staff members there. After I was done, they offered me the position that day and I accepted it and never went anywhere else.”

For more than 30 hours a week she practices and performs with the U of M band, while also carrying a full class load in her efforts to become a pediatric oncologist.

“It’s a lot, but it’s all manageable,” said Miller, who noted that band is considered an academic class where credit is earned each fall. “But to be a twirler at a good school (like the University of Michigan) you have to work hard (in the classroom) to be there. But I can’t complain, there are a lot of people that live that.”

Now that her first full season with the Wolverines is about over, Miller knows that walking through the door of the Big House was definitely the right decision. Later this year she’ll compete against other collegiate twirlers for a national title. But she knows if it wasn’t for finding a home in Ann Arbor, her path may have been quite different.

“(Senior twirler) Shaelyn Albrecht and (senior band major) Kelly Bertoni were my first friends here and they really showed me the process of how to be here and how to live the college lifestyle,” explained Miller. “Just knowing that Saturday is our last time in the Big House together is crushing.

“I couldn’t be more thankful for every opportunity I’ve gotten this season,” ended Miller. “I’ve grown up wanting to twirl in college my whole life. I grew up studying and knowing everything that college twirlers do. But you never really understand how awesome of an experience it is until you’re there. It’s been a great experience, it’s a more humbling experience than I ever expected.”