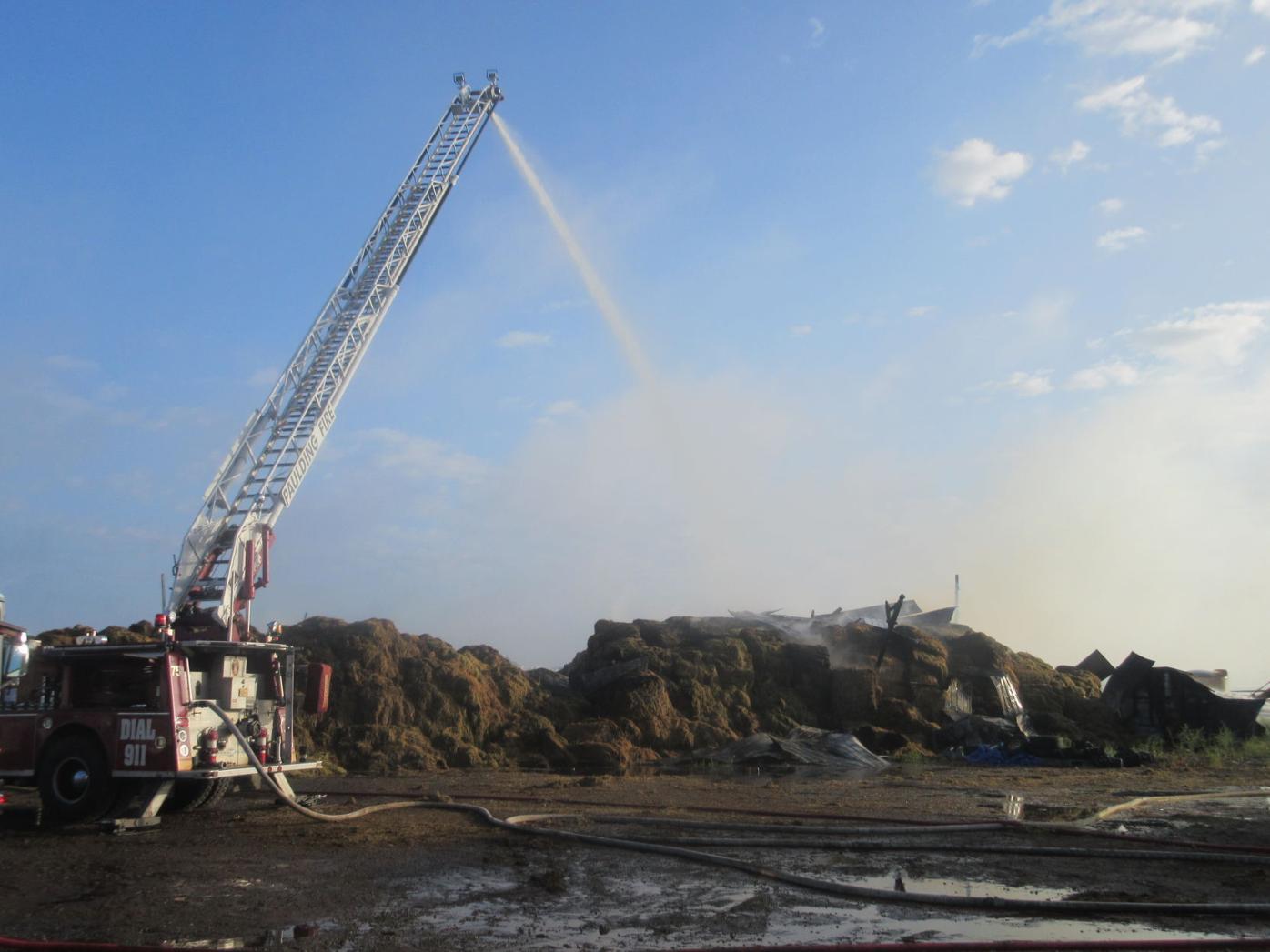 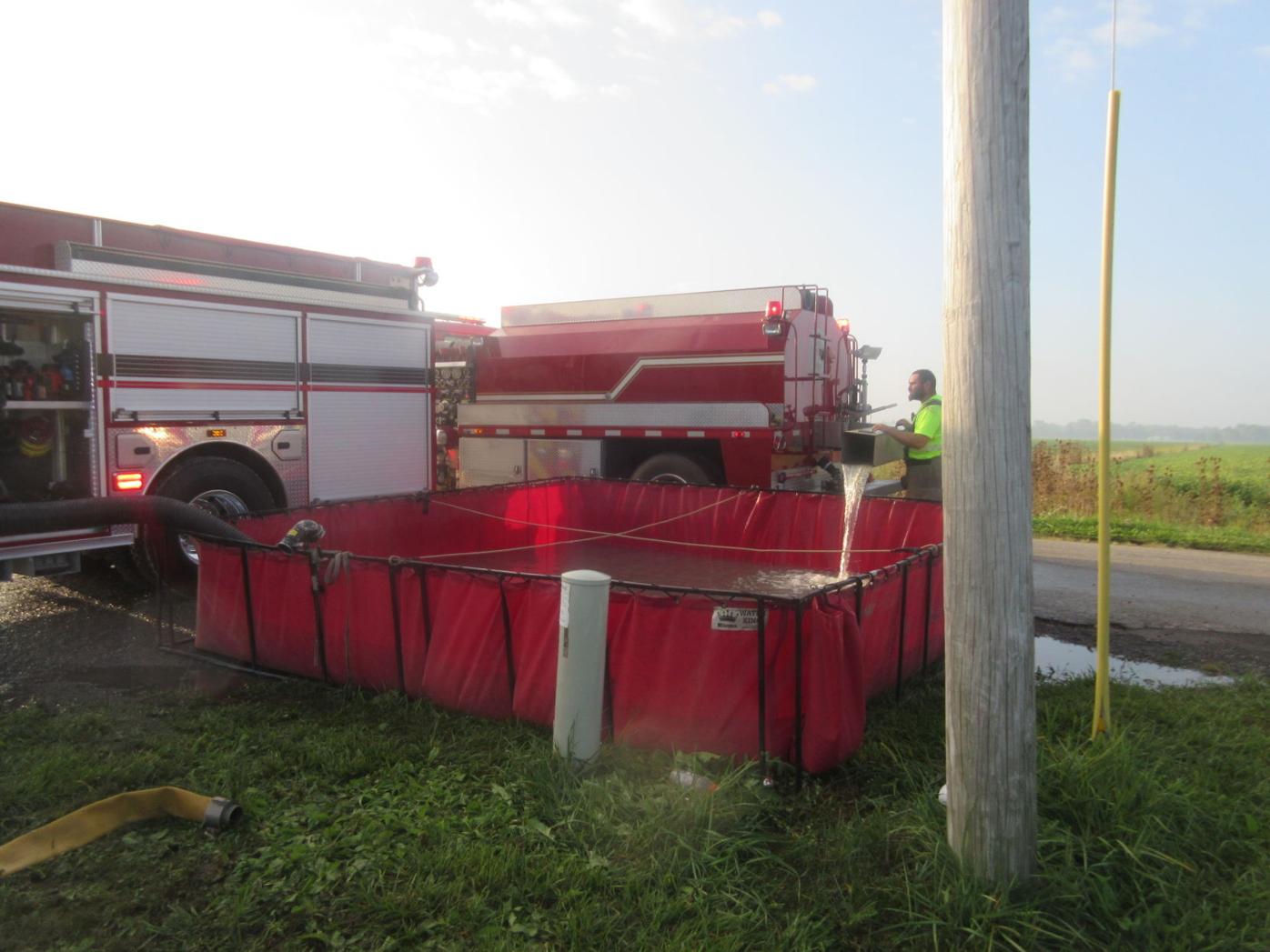 Area firefighters used this portable equipment to transport water from tankers to fire apparatus deployed at the end of a long lane at a farm on Paulding County’s Emerald Township Road 176 early Wednesday morning. A straw-filled metal barn was destroyed by fire. 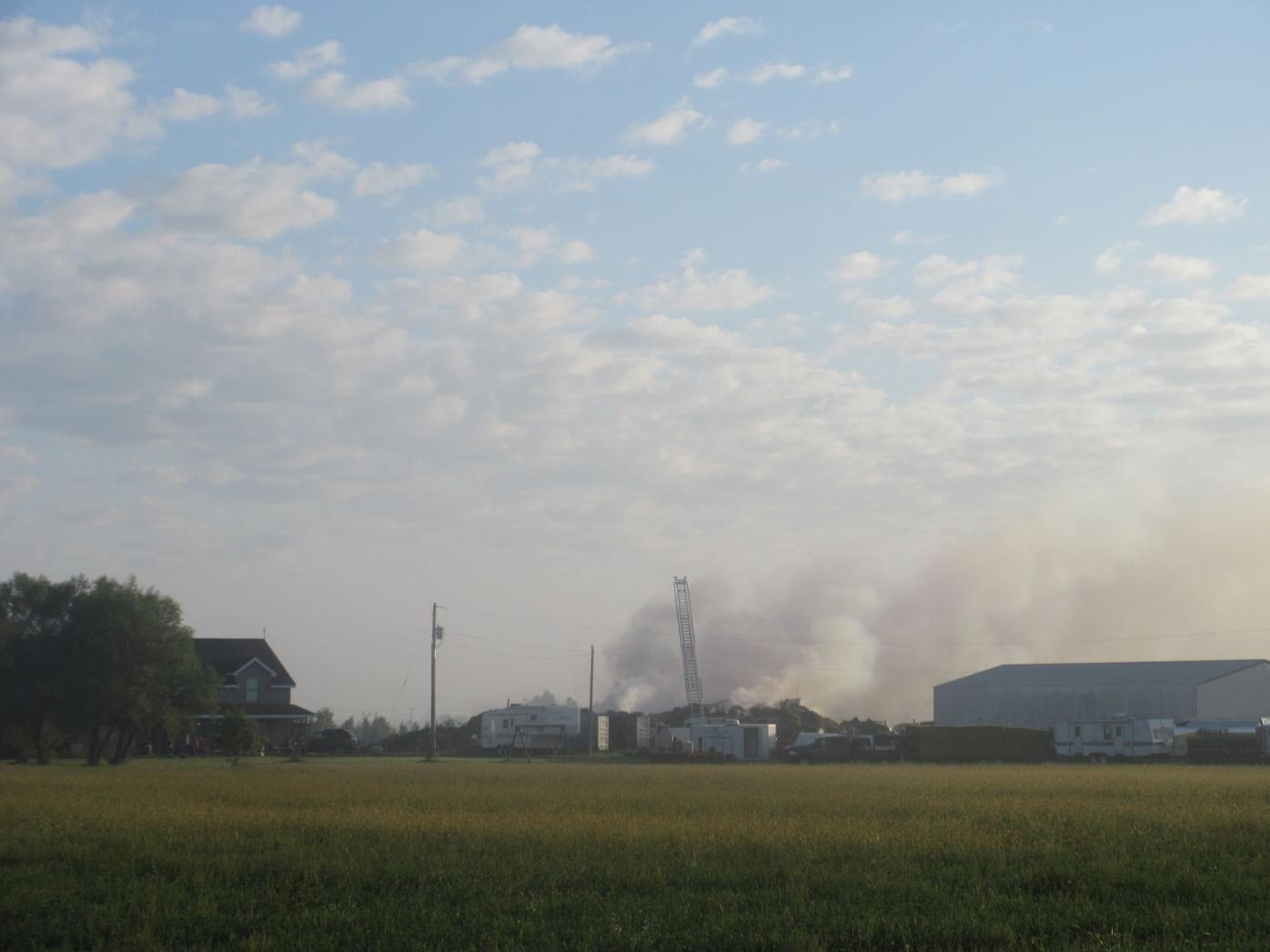 Heavy smoke is still visible at a farm on Paulding County's Emerald Township Road 176 around 8 a.m. Wednesday. A straw-filled barn was destroyed by fire.

Area firefighters used this portable equipment to transport water from tankers to fire apparatus deployed at the end of a long lane at a farm on Paulding County’s Emerald Township Road 176 early Wednesday morning. A straw-filled metal barn was destroyed by fire.

Heavy smoke is still visible at a farm on Paulding County's Emerald Township Road 176 around 8 a.m. Wednesday. A straw-filled barn was destroyed by fire.

PAULDING — Firefighters from eight area departments — all but one of them from Paulding County — worked through the night Tuesday into Wednesday morning to extinguish a straw-filled barn near here.

Firefighters were called around 10:30 p.m. Tuesday to 15715 Emerald Township Road 176, about two miles northeast of Paulding, finding a large metal building and its contents fully engulfed, according to Paulding Fire Chief Jim McCullough. The building was a total loss with remnants of the completely collapsed structure evident early Wednesday, much of it having melted.

“A lot of the tin did (melt),” he explained. “When we got here it was pretty much fully involved.”

Large straw bales were stored in the building and in other locations on the property, which is owned by Donald Ankney, according to the Paulding County Auditor’s Office website. A residence is also located on the property, but was not damaged.

McCullough noted that surrounding facilities and equipment were preserved during the firefighting effort.

“Absolutely,” he said. “We have some additional equipment to the east — it’s saved — plus straw still on the ground ... plus other buildings ... .”

The fire’s cause was undetermined as of Wednesday morning, McCullough said.

Well after sunrise Wednesday, heavy smoke could still be seen from surrounding locations while a smokey smell was evident miles from the scene. In fact, firefighters were still pouring large amounts of water on the smoldering straw bales at 8:30 a.m. Wednesday, with Paulding employing its aerial ladder truck.

This was supplied via tankers which deposited water into a portable holding tank stationed at the end of a long driveway back to the property. The water was then transferred via a large hose to the ladder truck and other fire apparatus pouring water on at least three locations.

The water was drawn from three nearby residential ponds. At one location on Paulding County Road 123 — just east of the fire scene — at least three tankers were lined up at one time around 8:30 a.m. Wednesday while filling up.

More than 250,000 gallons of water had been used by then, according to the latest calculation at the time, noted McCullough.

“We changed fill sites three times,” he said at about 8:30 a.m. Wednesday. “We’re running out of ponds, so we’re on our third pond currently. The one on the corner, we dropped it 3 1/2 feet. Then we went up to the north up here and we’ve lowered it to the point where it’s difficult to retrieve the water, so we’re going to a third site now.”

In addition to the above fire departments, also assisting at the scene was the Van Wert County Community Emergency Response Team. This group assists with various tasks during fires and natural disasters.