Get Started
You are the owner of this article.
Edit Article Add New Article
Home
e-Edition
News
Sports
Obituaries
Crimewatch
Business
Classifieds
Multimedia
On the Wire
Reader Services
Find A Job
1 of 5 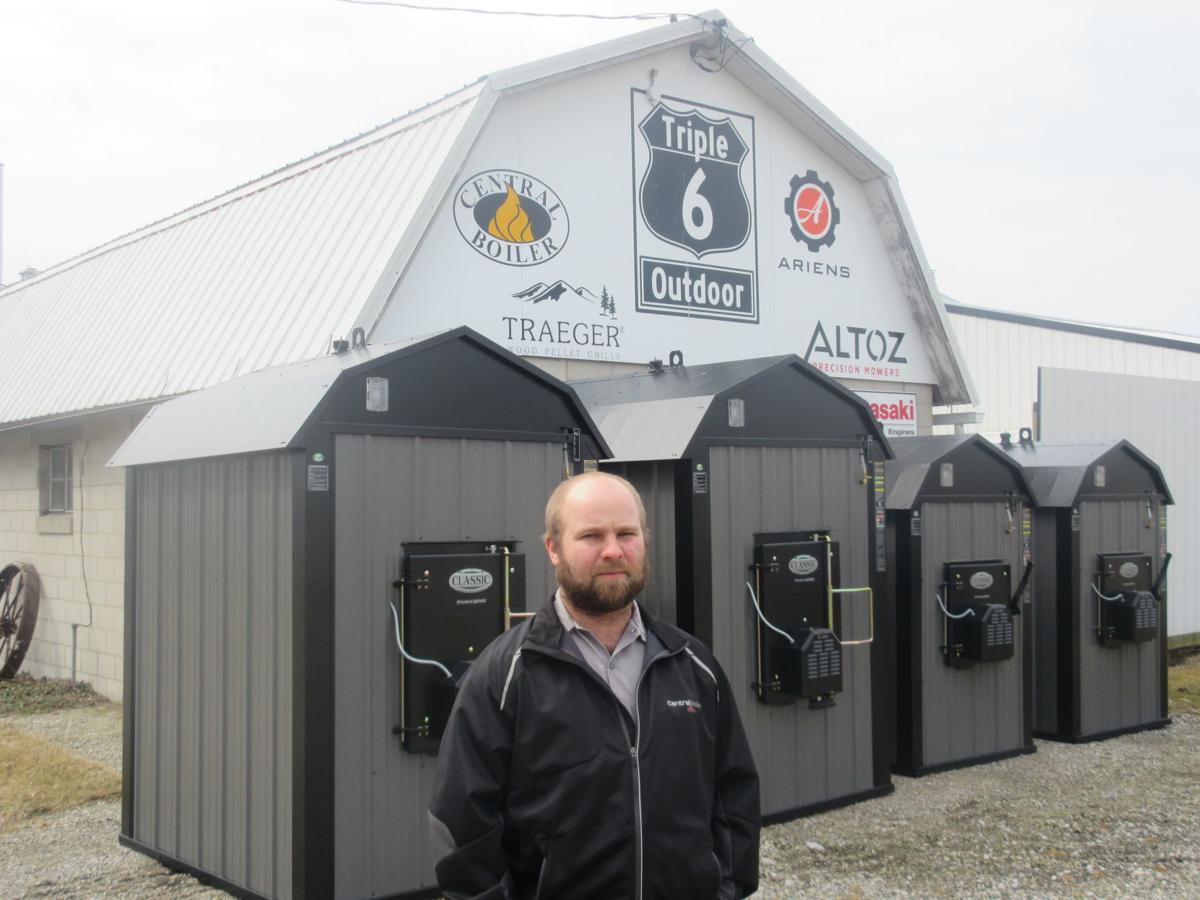 Dustin Buehrer stands in front of the family business, Triple 6 Outdoor, located along U.S. 6 west of Ridgeville Corners. Dustin and his wife, Rachel, are the parents of Clayten and Kelby Buehrer, who narrowly escaped serious injury in a Wednesday afternoon school bus/semi accident. 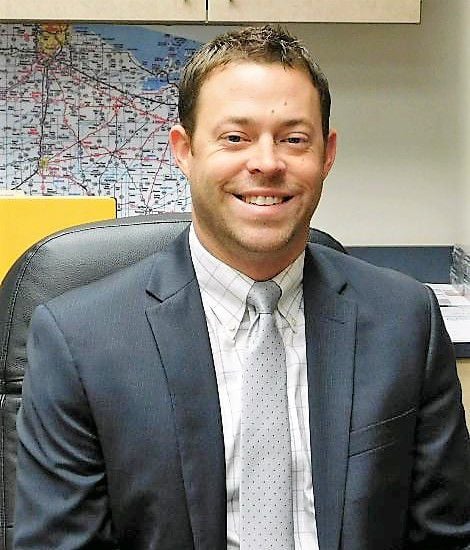 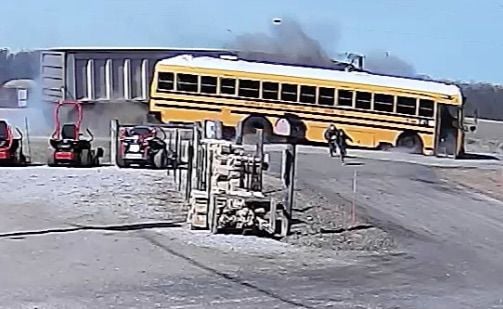 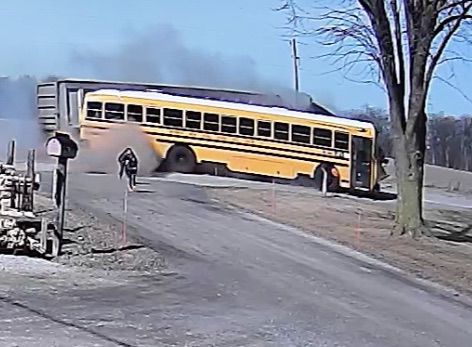 RIDGEVILLE CORNERS — The fast thinking of a school bus driver and some amazingly fortunate timing turned what could have been a tragic accident into what one thankful father hopes will serve as a lesson about distracted driving.

An Archbold Area Schools bus had stopped in front of the business, owned by Rodney and Laurie Buehrer, who also own the residence located on the property, to drop off their grandchildren, Clayten Buehrer, 9, and Kelby Buehrer, 7. As the children exited the bus, a semi dump truck driven by Kelly Braden, 48, Monroe, Mich., struck the left rear corner of the bus. The collision sent the school bus careening ahead and off the right side of the roadway, while the semi crossed the highway, coming to rest in the ditch on the opposite side of the road.

According to their father, Dustin Buehrer, as his children were exiting the door of the vehicle, bus driver JoAnn Cousino, 57, Archbold, noticed a semi approaching the bus at a rapid rate.

“She yelled to my kids to run and told the two kids on the bus to hold tight,” related Dustin Buehrer. A video of the incident, captured on a business security camera, shows Clayten and Kelby exiting the bus and running up the driveway just seconds before the semi violently collided with the bus.

Dustin Buehrer, who also works at Triple 6 with his father, heard the crash but didn’t see it happen.

“I ran out and checked to make sure the people on the bus were all right, and then I ran across the road to check on the driver,” said Buehrer. “When I got to the truck, I saw he had some cuts on him from the crash and we had to move a few things for him to climb out of the truck. I asked him if he was okay and he said he was. He also asked if everyone on the bus was all right.”

When asked if the driver said anything else, Buehrer said that once he saw he was all right, he walked away.

“I was pretty upset at that point,” he said. “It was pretty obvious that for one reason or another, he got distracted and didn’t see a school bus until the last second. I’ve seen a lot of accidents along the highway here involving cars and semis, but never one with a school bus.”

Buehrer feels there are a couple lessons to be learned from the accident.

“We all get distracted at times when we’re driving, but it is important to pay attention,” he said. “I would also like to see better safety devices on school buses. They have 50 or 60 kids onboard, and the bus only has a couple of small flashers and a little reflective stop sign. Then I see the police cars pull up to the scene with their light bars and halogen lights and that’s just to protect one person. Don’t get me wrong, that’s important too, but I’d like to see better warning lights on school buses.”

Since placing the surveillance video footage on the company’s Facebook page Wednesday evening, the Buehrers have been inundated by news outlets from the surrounding area and even got a call from producers of “Good Morning America.”

“I debated yesterday whether to post the video on our Facebook page,” explained Buehrer. “I finally decided that since nobody was seriously hurt it could be a good example of why drivers need to stay alert at all times.”

Archbold Area Schools superintendent Jayson Selgo stated how valuable the job is of all bus drivers, noting the “responsibility of picking up the kids in the morning and dropping them off in the afternoon” — the importance of that training.

“The safety of our students is our top priority, and we are grateful that everyone is safe,” stated Selgo.

“Due to her (JoAnn Cousino) awareness and experience on the job,” he said, the two children were safe. “She observed in the mirror that the truck did not appear to be stopping. She instructed the kids to get moving. The importance of seconds in this case was invaluable. It likely saved their lives.”

The superintendent noted that the two children, plus two that were still on the bus at the time of the crash, were back in class on Thursday. In the meantime, Cousino will be taking a little time off from her job.

“She was pretty shaken up, as anyone would be,” he pointed out. “It’s in her best interests to take a few days off to get composed.”