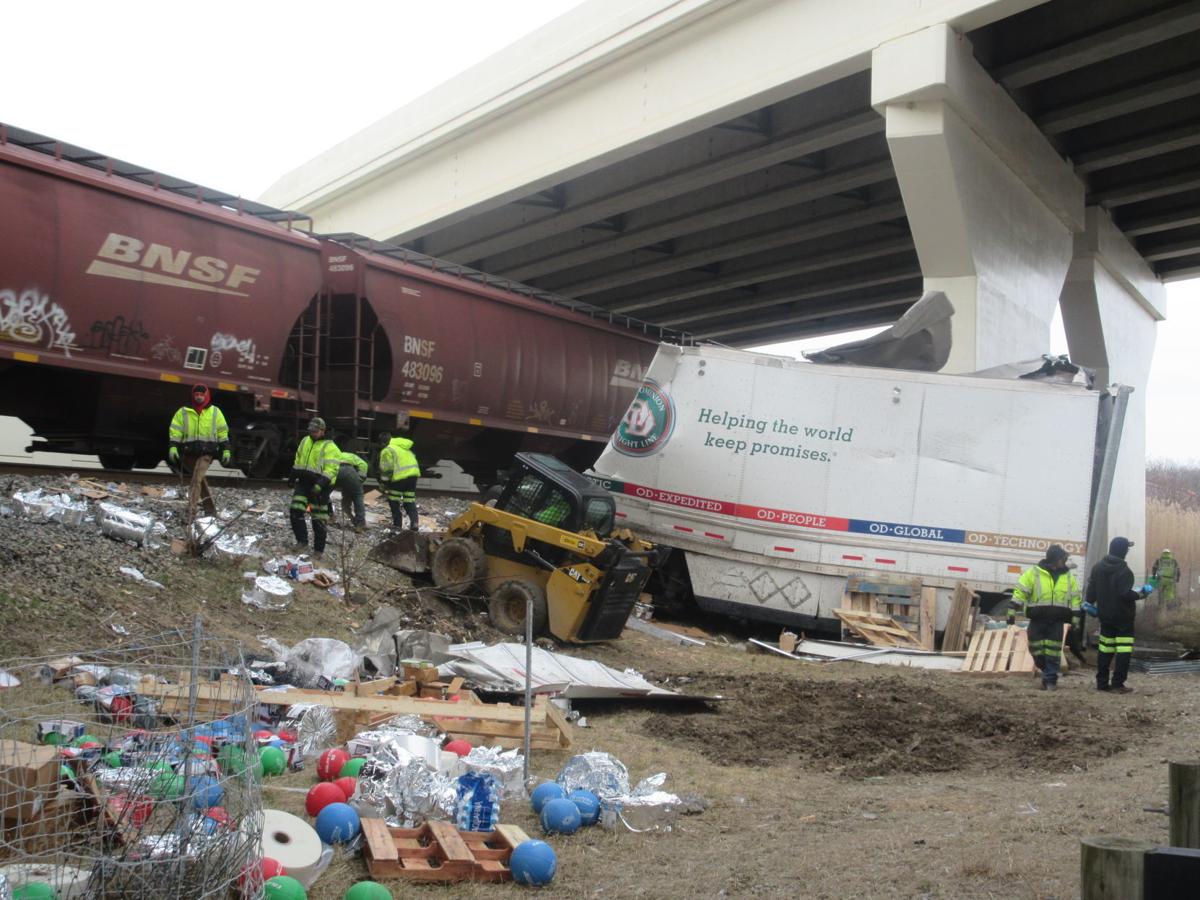 Crews clear the scene along Defiance’s Baltimore Road Thursday morning where a semi crashed and spilled its load. The driver, an Indianapolis man, was taken by air ambulance to Toledo Hospital, where he was listed in serious condition. 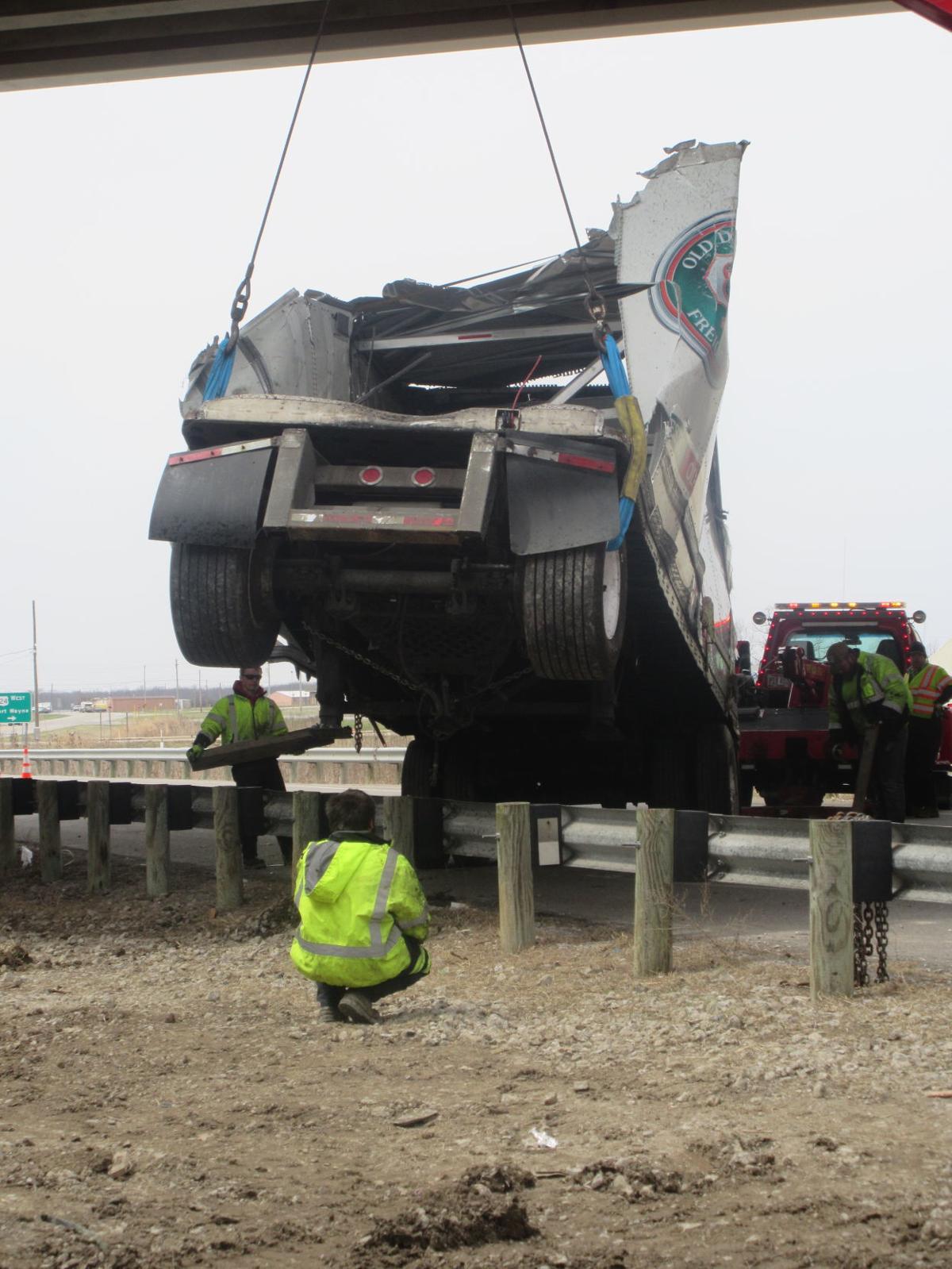 Here, a wrecker crew watches a damaged trailer of a semi-truck as it is hoisted over the guardrail on Thursday. An Indianapolis man sustained serious injuries when his semi went off an overpass on U.S. 24 over Defiance’s Baltimore Road.

Baltimore Road in Defiance, from the westbound U.S. 24 exit ramp to the eastbound on-ramp, was temporarily closed for several hours on Thursday while crews cleared the scene of a semi crash under the U.S. 24 overpass.

According to troopers of the Ohio Highway Patrol’s Defiance post, the road was closed to allow wrecker crews to remove the cab and trailer from the site.

Troopers reported that at 1:02 a.m. Thursday, a semi truck driven by Steven Bean, 34, Indianapolis, was eastbound on U.S. 24 and drove off the left side of the overpass, coming to rest along the CSX Railroad track below, which runs parallel to Baltimore Road. The trailer was carrying general freight, which was being cleared from the scene shortly after the crash.

Bean was taken by Defiance Fire Department to ProMedica Defiance Regional Hospital. He was then transported via air ambulance to the Toledo Hospital, where he was listed in serious condition.

Assisting at the scene were the Defiance Police Department, Defiance County Sheriff’s Office, CSX Police, the Ohio Department of Transportation and troopers from the Van Wert post of the Ohio Highway Patrol. The crash remains under investigation.

Both lanes of Baltimore Road in Defiance, from the westbound U.S. 24 exit ramp to the eastbound on-ramp, were temporarily closed this morning …