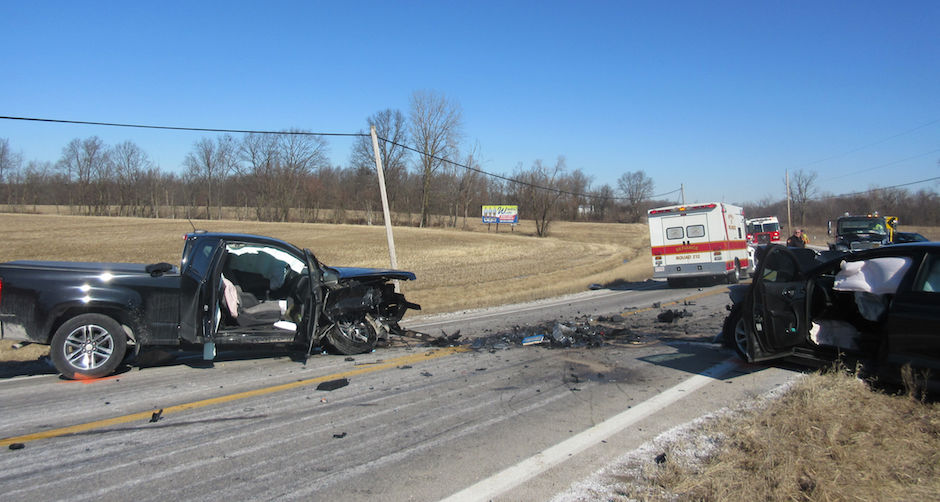 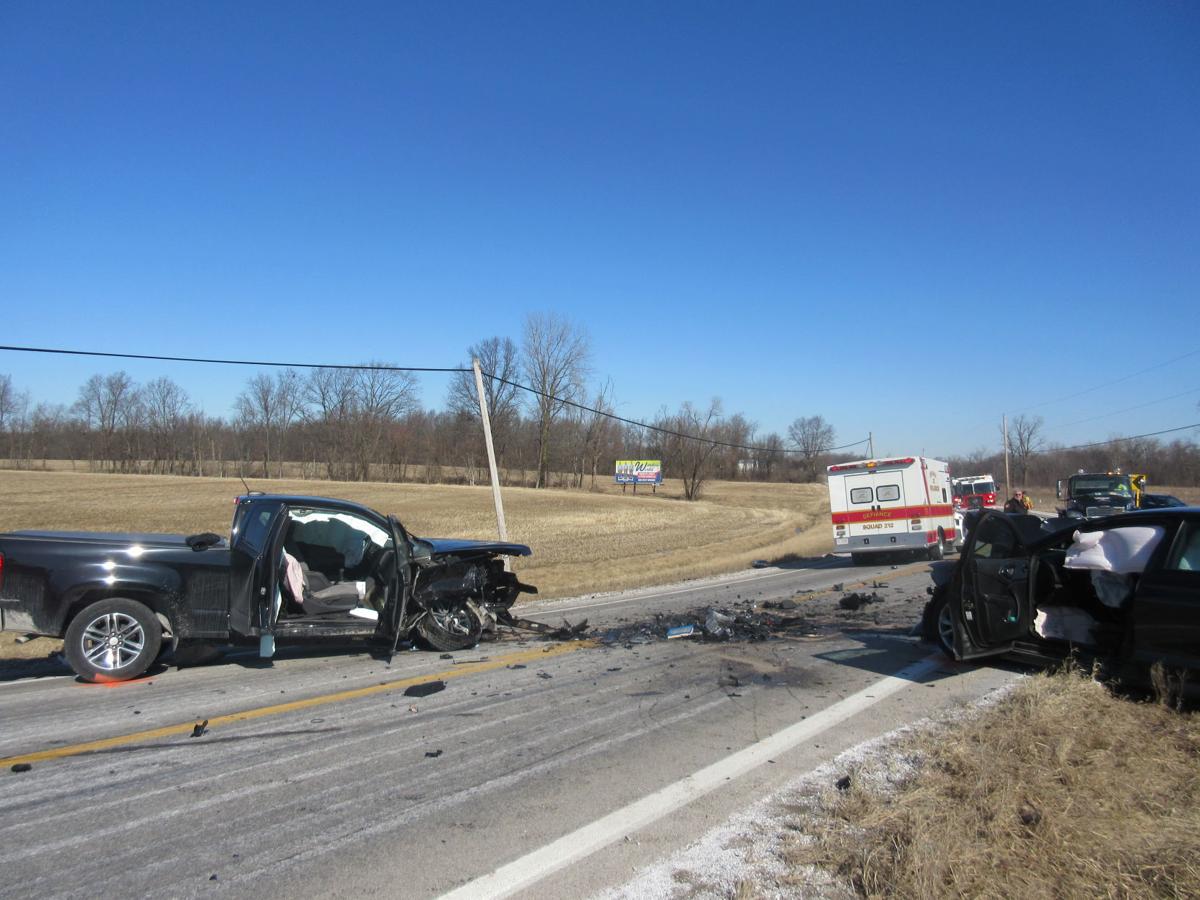 This two-vehicle crash on Ohio 111 south of Defiance Friday morning claimed the life of a Defiance man. Rex Wimmer, 75, died at Toledo Hospital Friday afternoon. The driver of the other vehicle also was injured.

This two-vehicle crash on Ohio 111 south of Defiance Friday morning claimed the life of a Defiance man. Rex Wimmer, 75, died at Toledo Hospital Friday afternoon. The driver of the other vehicle also was injured.

A Defiance man was killed in a head-on collision Friday morning on Ohio 111, just south of Defiance, while the other driver was injured.

Killed in the crash was Rex Wimmer, 75, Defiance, while Fabian Aguilar, 33, Oakwood, was injured.

The crash occurred at 10:51 a.m. on a curve just north of Hammersmith Road, when a southbound Chrysler 200 driven by Aguilar went left of center and collided head-on with a northbound Chevrolet Colorado pickup driven by Wimmer, according to the Highway Patrol’s Defiance post.

The vehicles came to rest on opposite sides of the road following the collision, not far from the area of impact, which was littered with a pile of debris. Smaller parts of the vehicles were scattered for a distance on Ohio 111.

Wimmer was taken by the Defiance Fire Department to ProMedica Defiance Regional Hospital before being flown via air ambulance to Toledo Hospital, where he died Friday afternoon.

Aguilar was taken by the Defiance Fire Department to ProMedica Defiance Regional Hospital where a condition report was unavailable Friday. Aguilar’s injuries were “non-life threatening,” according to troopers of the Defiance post.

Troopers reported that both drivers were wearing safety belts, while “impairment is not believed to be a factor.”

Troopers are continuing to investigate the crash. They were assisted at the scene by the Defiance County Sheriff’s Office.

Law enforcement officers closed Ohio 111 temporarily to traffic at Hammersmith Road and the south city limits following the crash to allow safety personnel to take away the injured drivers and for the scene to be cleaned up. Both vehicles were heavily damaged, and were removed by J&R Towing and Recovery.