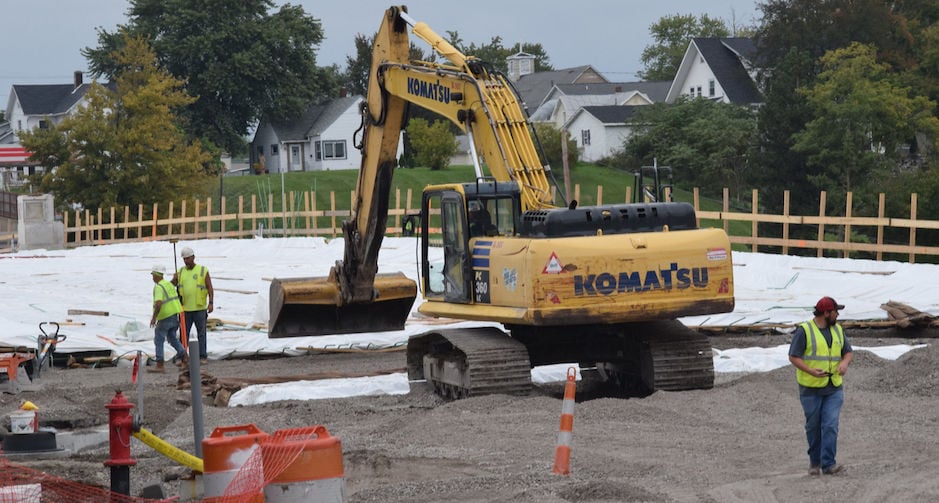 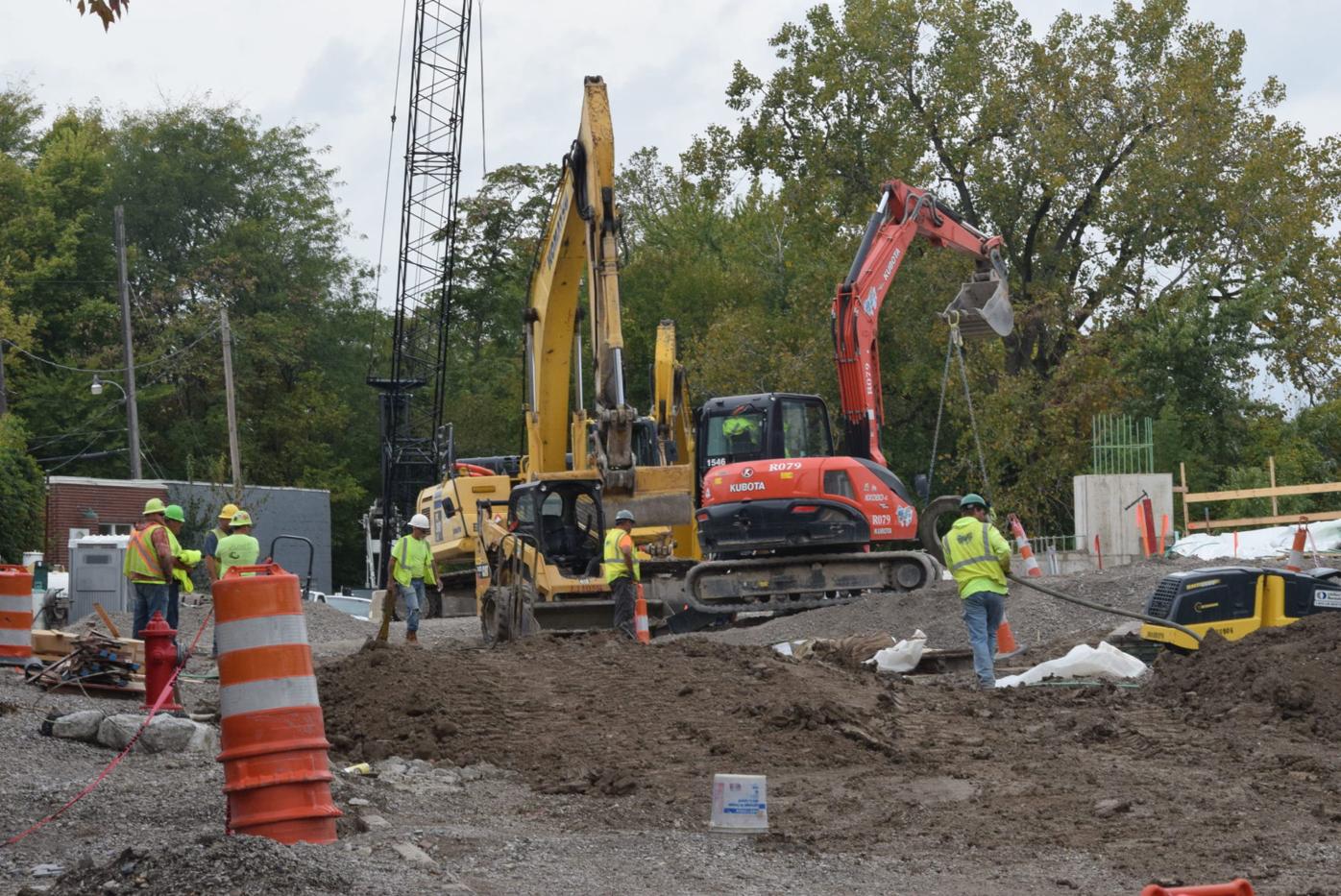 Crews continue to make progress on the Clinton Street bridge in Defiance. The deck was poured last week and the cover was scheduled to be removed on Friday. 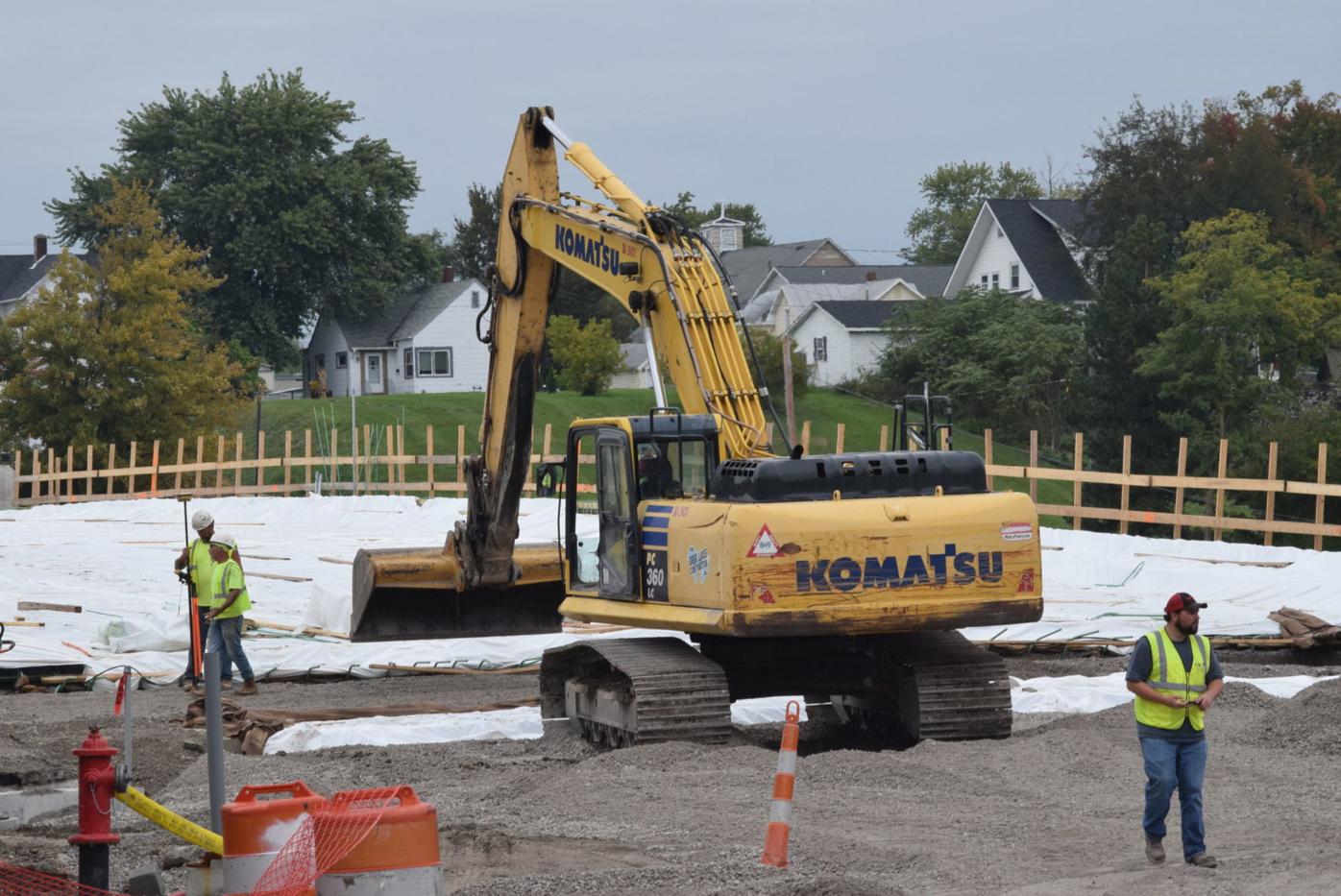 Crews continue to make progress on the Clinton Street bridge in Defiance. The deck was poured last week and the cover was scheduled to be removed on Friday.

Just eight days ago, the bridge’s concrete deck was poured during a continuous effort that began at 6 p.m. last Friday night and continued through early Saturday morning.

“It actually went exactly as expected,” said Ohio Department of Transportation (ODOT) project engineer Bashar Kanouh, Friday morning. “It went pretty good, and the public was very, very respectful,” he added about the crowd that gathered to watch the work. “It was a pretty nice event.”

A cover remained over the deck during the past week, but was due to be removed today, according to Kanouh. The cover was placed over the concrete during the “water curing” process.

“We haven’t seen the deck” because it was still covered, Kanouh explained late Friday morning, noting that “it should be in good shape.”

Following the bridge pour last weekend, crews were working on the structure’s north approach and readying the ground on North Clinton Street — between the bridge and High Street — for new asphalt pavement. Laying of the first course of pavement began Friday morning, but the work was suspended because of rain.

However, the work won’t take long to complete once resumed, according to Kanouh. The final course of asphalt won’t be put down until mid- to late November, he indicated, which would be only weeks or days before the bridge is expected to be open to traffic.

Next week, attention will turn to the bridge’s sidewalks, Kanouh said.

“Starting next week we are focusing on the sidewalks on the bridge,” he explained. “So, hopefully we are going to pour concrete on Monday and Tuesday.”

As such, trucks from the concrete supplier — Baker-Shindler Ready Mix of Defiance — will need to drive on the new bridge deck.

By the end of next week, the concrete slab on the south approach of the bridge — the same structure already is completed on the north approach — should be poured. Measuring 20 feet by 55.5 feet, the south slab will require five truck loads of concrete, according to Kanouh.

And then in the not-too-distant future, the bridge’s walls will be constructed.

“Hopefully, in a few more weeks from now, we will start working on the parapet walls,” Kanouh said.

A number of other future tasks also await completion in coming weeks, such as reconstructing Clinton Street between the bridge and First Street, asphalt installation, street reconstruction and paving on the sections of Fort Street and East River Road near the bridge, and removing the stone causeway beneath the bridge.

The causeway’s construction was one of the first tasks when the project got underway in February, and has two sections — one extending from the Maumee River’s north bank, and the other from the south bank.