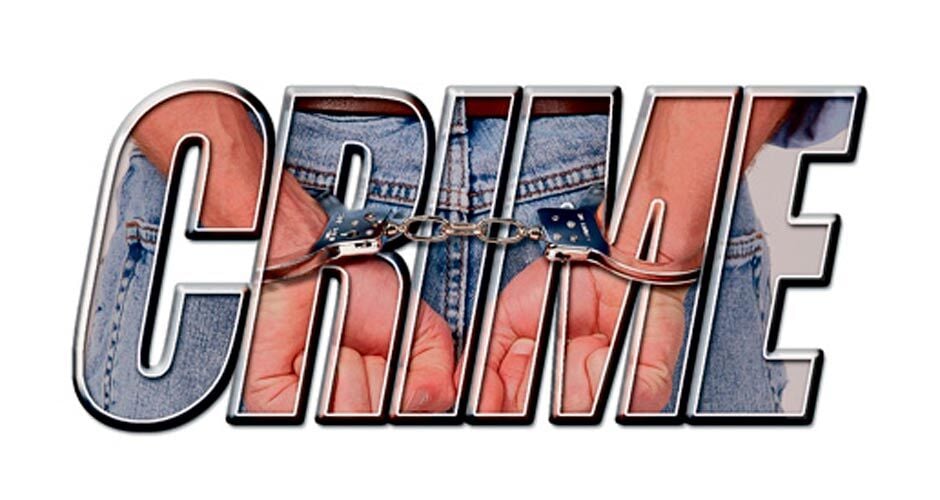 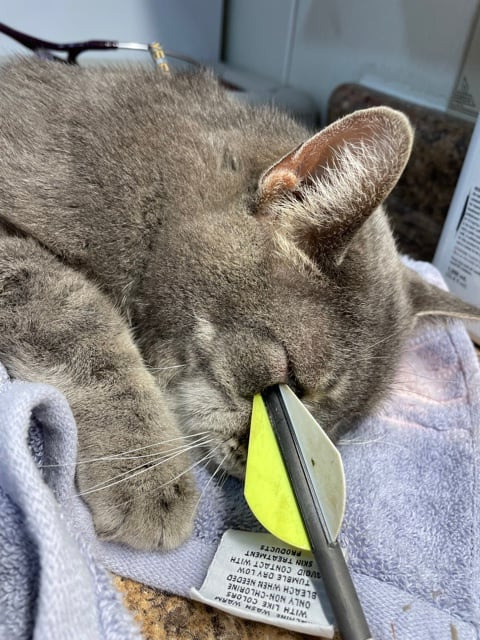 This cat was found last weekend in Defiance with an arrow lodged in its head below the left eye. The cat has survived at Friends of Felines Rescue Center, and a reward is being offered for “solid” information to determine who injured the cat.

This cat was found last weekend in Defiance with an arrow lodged in its head below the left eye. The cat has survived at Friends of Felines Rescue Center, and a reward is being offered for “solid” information to determine who injured the cat.

Local animal caregivers are raising reward funds to try to help determine the person responsible for shooting an arrow into the head of a cat that survived the injury.

The cat — named “Cupid” by animal caregivers — was found last weekend on Greenbriar Lane in Spring Meadows Manufactured Home Community on Defiance’s south end, and is being cared for by Friends of Felines Rescue Center.

The center took the cat in Saturday following a call from the Defiance Police Department, according to Jacci Moss, who operates the facility south of Defiance.

As of Wednesday afternoon, $1,510 had been raised by the center for “solid” information leading to a determination of who caused the cat’s injury, Moss indicated.

The Fort Defiance Humane Society’s humane/animal care director, Stacie Fedderke — who is responsible for investigating animal cruelty cases — noted that the perpetrator, if intentional, could be charged with a fifth-degree felony.

“Maybe there is some other explanation,” she said, adding that “shooting a cat with an arrow you know something’s going to happen, you’re going to harm it.”

The doctor which treated the cat believes that “somebody knew right what they were doing,” according to Fedderke.

Moss noted that the black arrow with yellow fins was 28 inches long. The arrow tip entered the gray cat’s head just below its left eye and exited at the back of the neck, although the fins lodged beneath the eye.

Moss explained that “with the advice of our vets, a sedative was given and the arrow was cleaned and then pulled out. This cat has survived, but we do not know yet 100% of it’s mental status. It is on soreness meds and antibiotics.”

She encourages the person who injured the cat to “be responsible yourself if you did this act. If you know who did it, be brave enough to make the call. It’s the right thing to do.”

Information can be sent via email to ffrcmoss@gmail.com while the phone number is 419-769-1010.