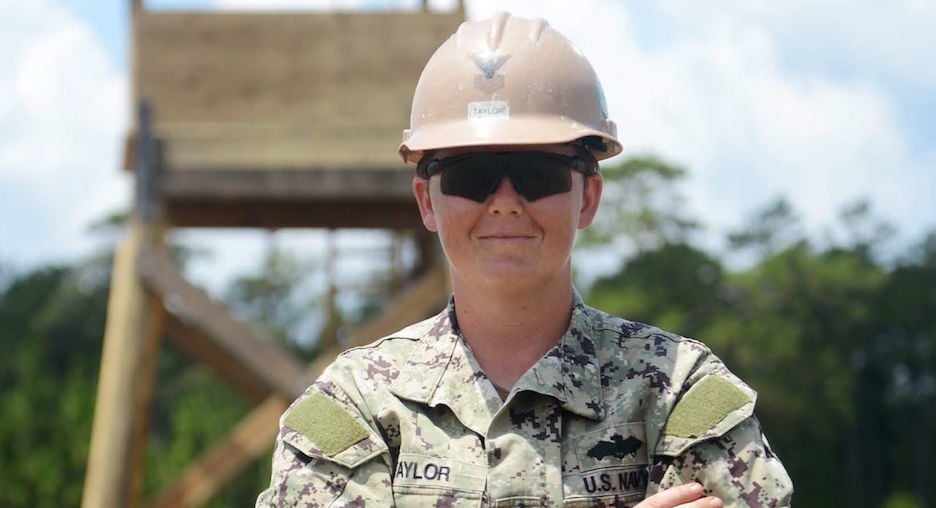 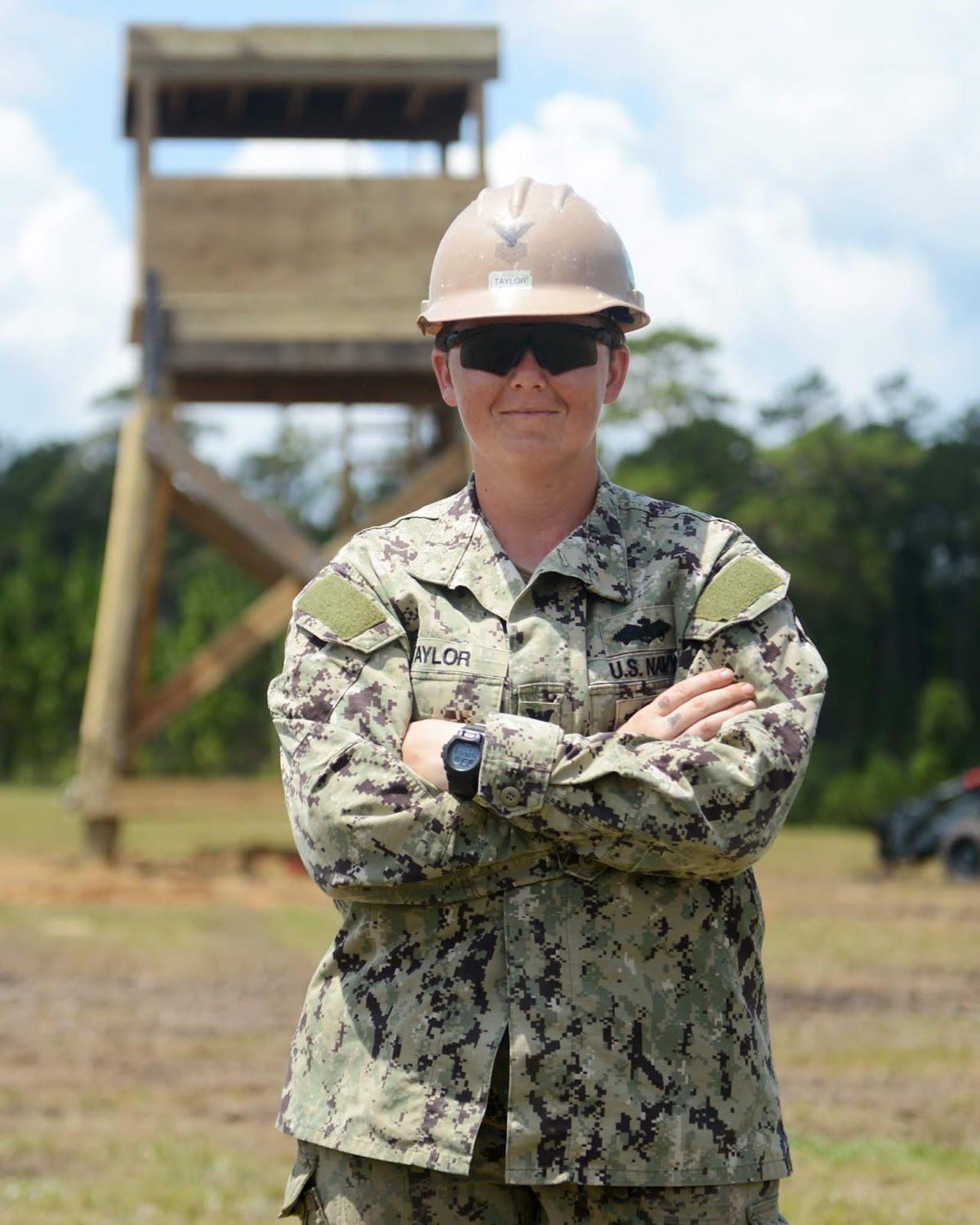 GULFPORT, Miss. — “We Build, We Fight” has been the motto of the U.S. Navy’s construction force, known as the Seabees, for more than 75 years.

Petty Officer 1st Class Whitney Taylor, a 2005 Shoemaker High School graduate and native of Bryan, builds and fights around the world as a member of naval construction battalion center located in Gulfport, Miss.

Taylor is serving as a Navy builder, who is responsible for the vertical and horizontal construction of tactical and permanent facilities that the Navy requires the Seabees to build to better improve the relationships of the United States and international partnerships, along with humanitarian and rescue relief efforts.

Taylor credits success in the Navy to many of the lessons learned growing up in Bryan.

“My hometown taught me the value of hard work and determination, and not to give up on my dreams no matter how big the challenge,” said Taylor. “Take challenges head on, expect to fail and push harder to succeed no matter how many failures the challenge brings you.”

These are the kinds of people serving at Gulfport, the home of the Atlantic Fleet Seabees. These are the people who provide crucial support to Seabee units deployed around the world.

The jobs of many of today’s Seabees remained unchanged since World War II, when the Seabees paved the 10,000-mile road to victory for the allies in the Pacific and in Europe, according to Lara Godbille, director of the U. S. Navy Seabee Museum.

For more than 75 years, Seabees have served in all American conflicts. They also have supported humanitarian efforts using their construction skills to help communities around the world. They aid following earthquakes, hurricanes and other natural disasters.

Taylor is playing an important part in America’s focus on rebuilding military readiness, strengthening alliances and reforming business practices in support of the National Defense Strategy.

A key element of the Navy the nation needs is tied to the fact that America is a maritime nation, according to Navy officials, and that the nation’s prosperity is tied to the ability to operate freely on the world’s oceans.

“Our priorities center on people, capabilities and processes, and will be achieved by our focus on speed, value, results and partnerships,” said Secretary of the Navy Richard V. Spencer. “Readiness, lethality and modernization are the requirements driving these priorities.”

Though there are many ways for sailors to earn distinction in their command, community and career, Taylor is most proud of promotion to first class petty officer through the meritorious advancement program.

“Being advanced to first class was a huge accomplishment that I received before my 2018-19 deployment to Ukraine,” said Taylor. “Making first class took me 10 long, hard years of determination and hard work.”

Serving in the Navy is a continuing tradition of military service for Taylor, who has military ties with family members who have previously served. Taylor is honored to carry on that family tradition.

“I have had many family members in the military,” said Taylor. “We have a long line of military heritage from the Army, Navy, Air Force and the Marines.”

As a member of one of the U.S. Navy’s most relied upon assets, Taylor and other sailors know they are part of a legacy that will last beyond their lifetimes providing the Navy the nation needs.

“Serving in the Navy means that I am afforded the opportunity to experience an amazing group called the Seabees,” added Taylor. “The Navy has given me the opportunity to fulfill a dream and to keep a long line of family heritage in the military. I am grateful to experience and travel to so many locations, being able to do the job that I am offered and seeing the smiling faces of men, women and children when the finished product is given back to the community.”