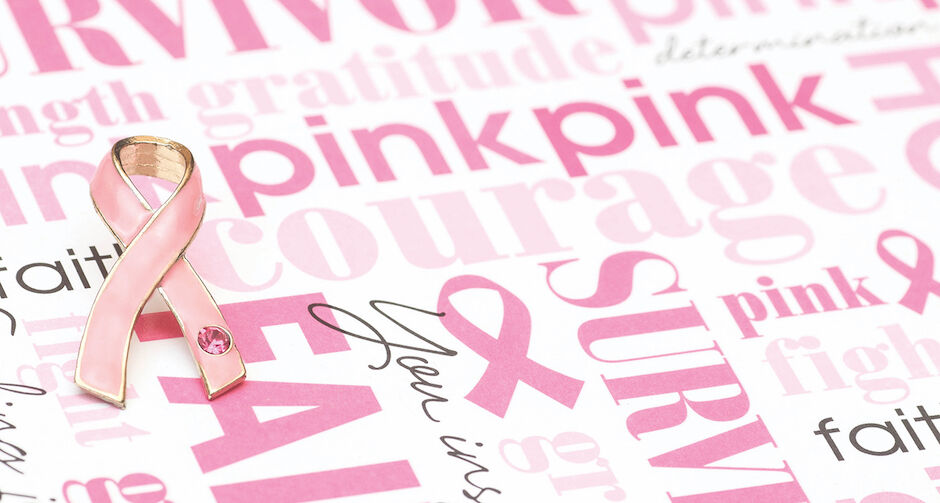 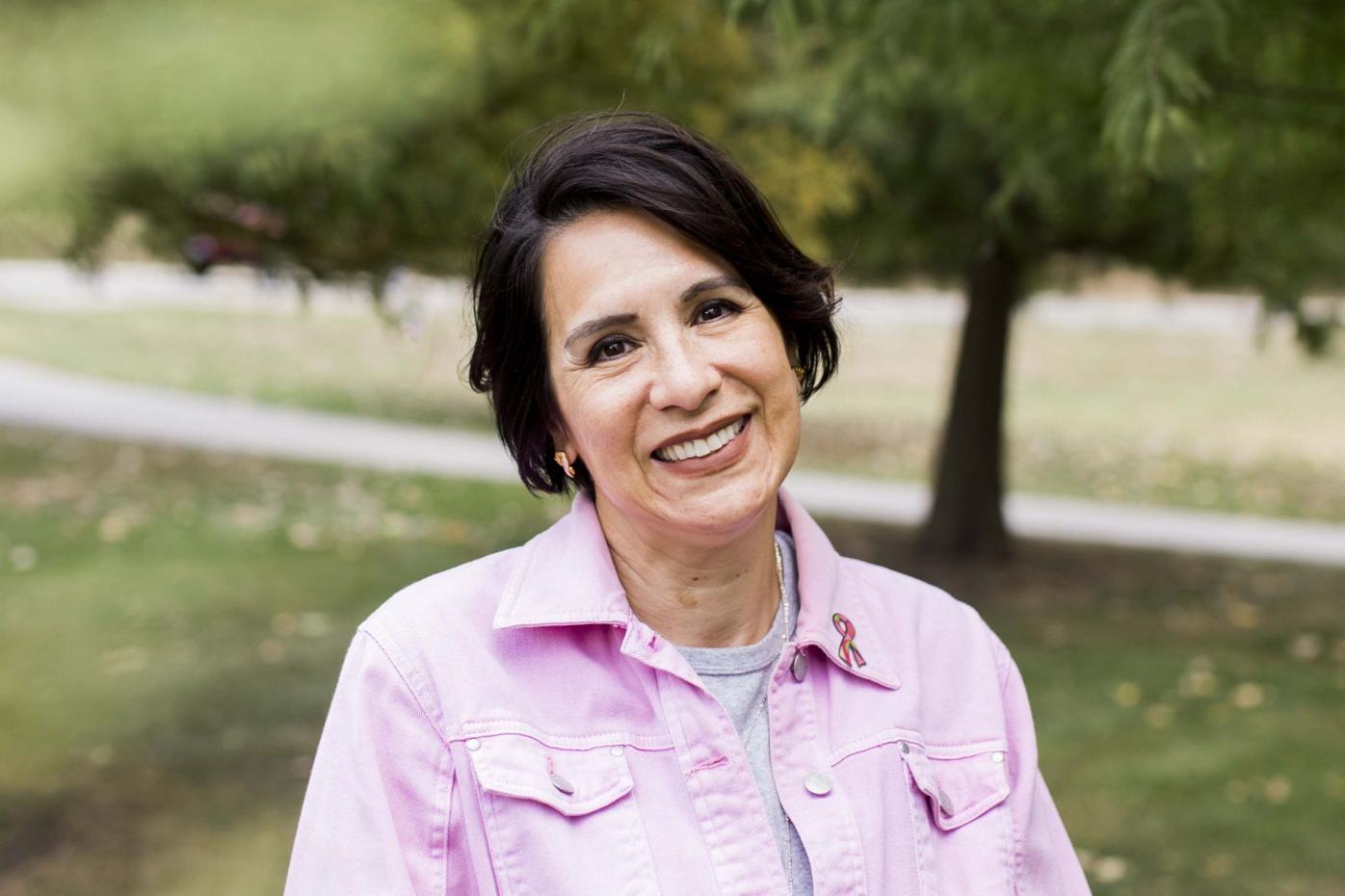 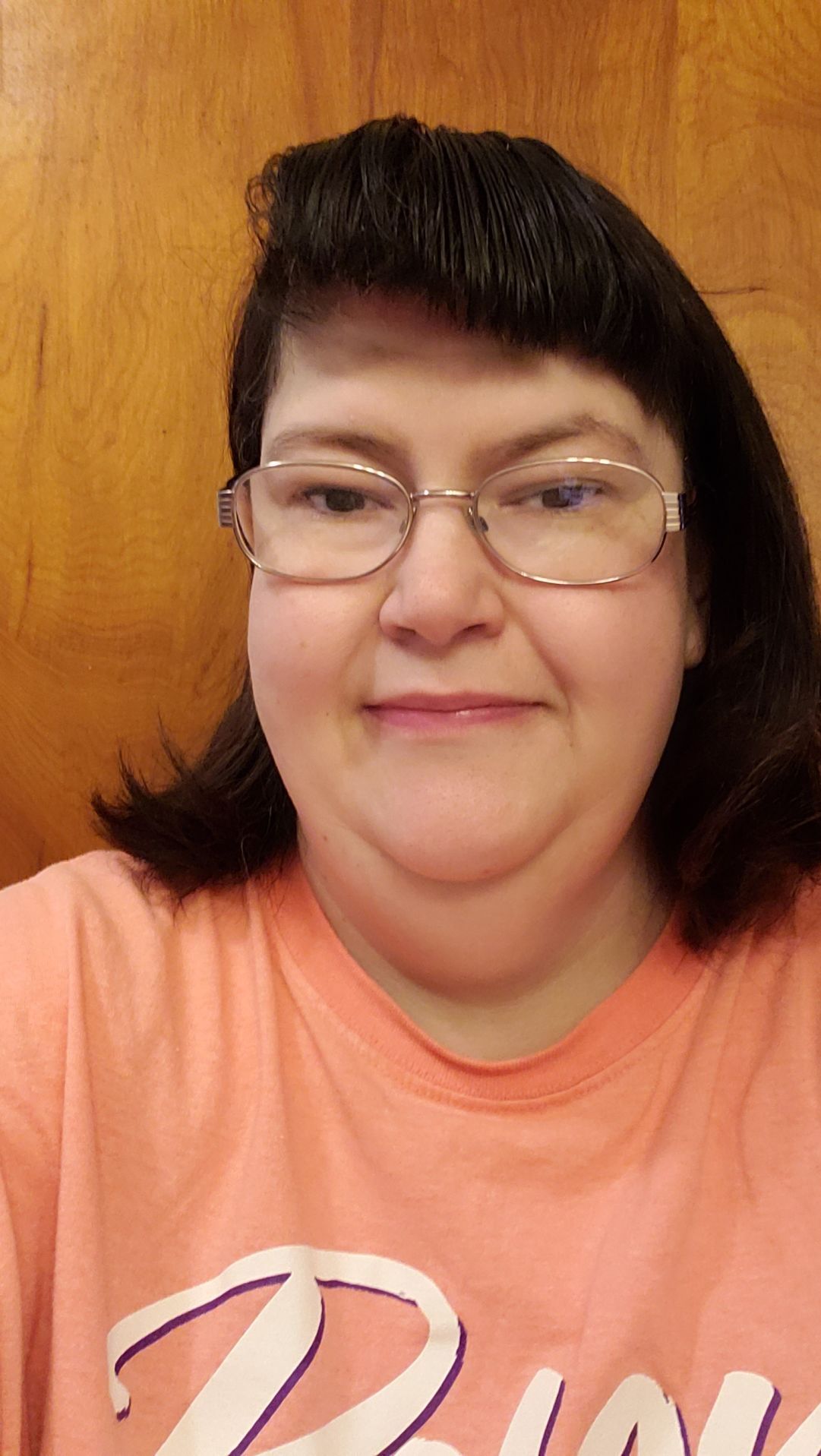 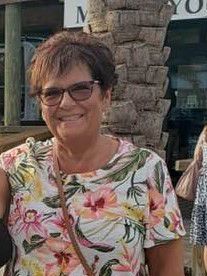 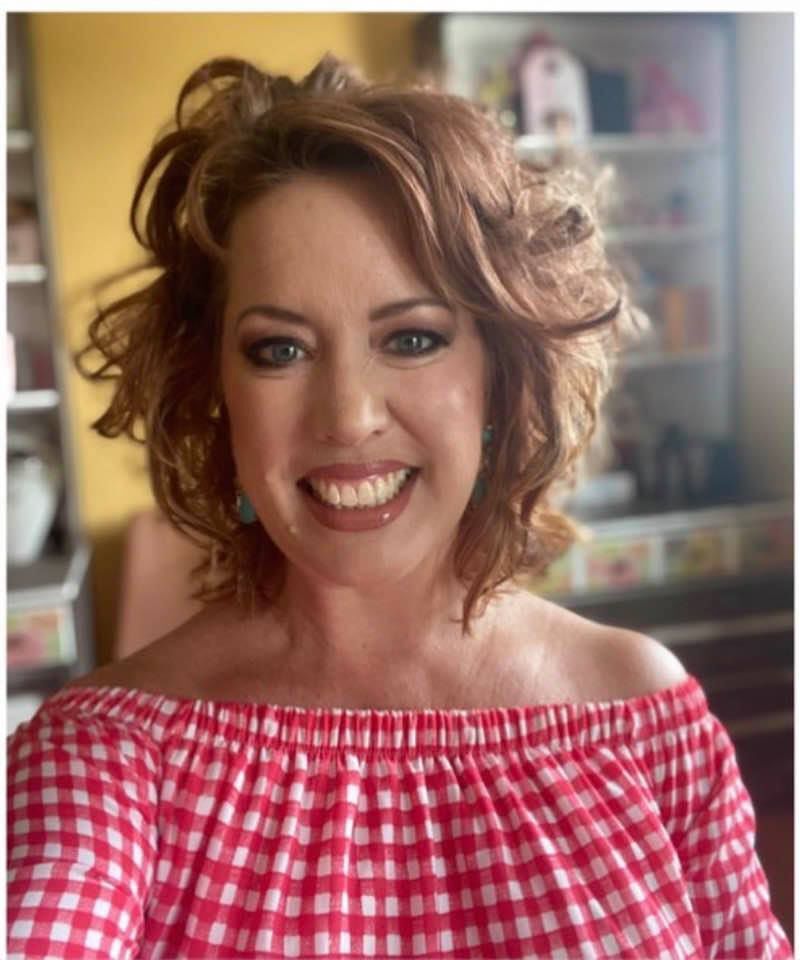 Four area women will be among those raising funds along with breast cancer awareness through the Power of Pink campaign during October. Each candidate in the Relay for Life/American Cancer Society fundraiser has a goal set at $2,500. Candidates featured here are Sue Gerken, Henry County; Mandi McClain, Williams County; Annette Garza Kuhlman and Stephanie Demar, both Defiance County.

Sue Gerken is leading the fight against breast cancer for some very personal reasons. She is a breast cancer survivor herself, and her mother died of breast cancer when Sue was just 9 months old.

“Mom found lumps while she was pregnant. Cancer was never talked about then, and there was no early detection 62 years ago. When they did finally operate, there was a nine-inch tumor,” Gerken explained. By that time, the cancer had metastasized.

Gerken began her mammogram screenings at age 27 because of the family history. At age 41, a lump was found.

“You know it is not good news when a second mammogram is ordered, and they give you the files to take directly to the doctor,” she recalled.

Cancer also was found in the other breast. The tumors were removed, and she underwent six months of chemo and two months of radiation. She had a 3-year-old daughter at home at the time, and she continued working throughout the treatments.

Gerken became involved with Relay for Life of Henry County when she met volunteer Bonnie Eddy with the Reach to Recovery program. Eddy asked her to sell candy bars for a fundraiser. Gerken sold 90 bars and asked for more. Eddy told her it was time to start a team, which Gerken did. She became an advocate for all women to begin the mammogram screenings at age 40.

One of Gerken’s cousins, her mom’s niece, was diagnosed at age 40 with breast cancer. Genetic testing showed that the family members do carry the mutated breast cancer gene that impacts a person’s chances of developing breast cancer.

As a Power of Pink candidate, Gerken will bring breast cancer awareness to Facebook, as well as her business, Ten Pin Tap in Ridgeville Corners. She will have various fundraisers throughout the month. A friend whose mother had breast cancer decorated more than 50 bras for her to sell.

Awareness is especially important to Gerken, and she is concerned by the number of women who have cancelled their mammogram screenings because of the coronavirus. Early detection is particularly important for any type of cancer.

“Don’t be scared, just go. You may have to go in by yourself, but the staff in the medical offices understand. They will take care of you. And your caregiver/support person can take you right to the door and be there when you are done. And then make sure you get any needed follow-ups,” she emphasized.

Gerken was recognized for her passion for Relay for Life last December when she was presented the 2019 Rebecca Zunt Hope Award.

Mandi McClain, from Edgerton, has been an active Relay participant since 2015.

“My brother passed away with leukemia and I wanted to do something in memory of him. I joined Relay for Life of Williams County through work then decided to form my own family team in 2016. Team Marshall was born. Since then we have raised over $20,000. No one should fight cancer alone.”

McClain is now an active member of the event leadership committee. She is also the lead member of her relay’s Cancer Action Network (CAN) committee. CAN is a non-profit, nonpartisan advocacy affiliate of the American Cancer Society (ACS).

McClain had not heard of Relay for Life prior to losing her brother.

“It has been a great group to be involved in. I have made some great friends and learned a lot.”

McClain chose a fundraiser that brings awareness to Relay, as well as reminding others to wear their masks. She is selling masks with the Relay logo.

Annette Garza Kuhlman of Defiance is married to John Kuhlman, with whom she shares the joy of three adult sons and a grandson. She also counts among her blessings her occupation as a nurse and a Certified Fitter of mastectomy (CFm) at Okuley’s Pharmacy and Home Medical. The driving force for her involvement in the Power of Pink campaign is the fact that 2020 mammograms are down by 87% due to COVID-19.

“This painstaking stat resonated deeply with me as my mother missed an annual mammogram almost 20 years ago due to an insurance issue and was then diagnosed with breast cancer the following year. I felt driven to relay the importance of mammograms for early detection to as many women as I could. It’s just one small step but if those that I reach pass the message forward, we may have an impact on increasing the survival rate for breast cancer, which is my hope and prayer. This campaign also gives me an opportunity to express my unending plea to all women, ‘Take care of YOU!’”

As a favor to Kuhlman, her brother, Edward Garza, wrote a tribute to their mother, Rosa Garza, to better describe the impact of her life and death on the family: Edward, Stephanie Garza, their father, Bruno Garza Jr., and herself.

“Tribute to Mom: Our mother, Rosa Garza, despite losing the battle against breast cancer, taught us many valuable lessons throughout her life. She taught us to work hard, pursue education to its highest levels and always think of others. She exemplified these attributes by rising from her start as a migrant farm worker, earning her GED as an adult, and directing the Defiance County Head Start program for many years. She has taught us how to face a crisis with dignity and pride, no matter how low the battle might bring your spirits or heighten your fear. Cancer finally claimed our mother after several years of hard-fought struggle. But her spirit never flagged or failed, and when she died, there was no desperate histrionics. She died as she lived, with pride, courage, and most of all, dignity. It was the last great lesson and gift that she gave to us. .... Which is why she remains our hero, our role model, and our one true love. Cancer can take a lot. But it can never take the very best in us!”

Ramon Macias of Casa Vieja will donate 10% of his earnings Oct. 15 to her campaign. Kuhlman appreciates all who have supported her.

Stephanie Demar of Defiance is participating in an ACS group effort for the first time. She previously has walked at Relay for Life events in what she calls the silent support of all those touched by cancer. Her family has also been touched. She lost two grandparents and a brother-in-law to cancer.

Demar has been an entrepreneur for 19 years with Mary Kay Cosmetics. She finds great joy in creating a blessed life with her family while inspiring beauty through caring. She has had the opportunity to reach out for women’s health issues through opportunities with Mary Kay, as well as the Zonta Club in Defiance. She also sometimes works with Annette Garza Kuhlman at Okuley’s Pharmacy and Home Medical to assist cancer patients.

“It has been an honor to be asked this year to be a Power of Pink candidate and rev it up for awareness that can fund research and healthy relationships. Skin is our largest organ and major part of our immune system. It experiences changes from stress, diet, lack of sleep, and health treatments that are factors to create a recipe for new skin solutions. It is exciting to get involved to help others make a difference while improving appearances and awareness to claim healthy lives. Together we can fight the good fight and spark a positive chain reaction.”

Breast cancers can be found on a mammogram or by a physical examination by either the patient or the doctor. Not all breast cancers are detected by self-exam or mammogram, but regular screenings greatly increase the chances of early detection, successful treatment, and cure. Men should also be aware of lumps or changes in appearance in the chest and report any issues to their health care providers.