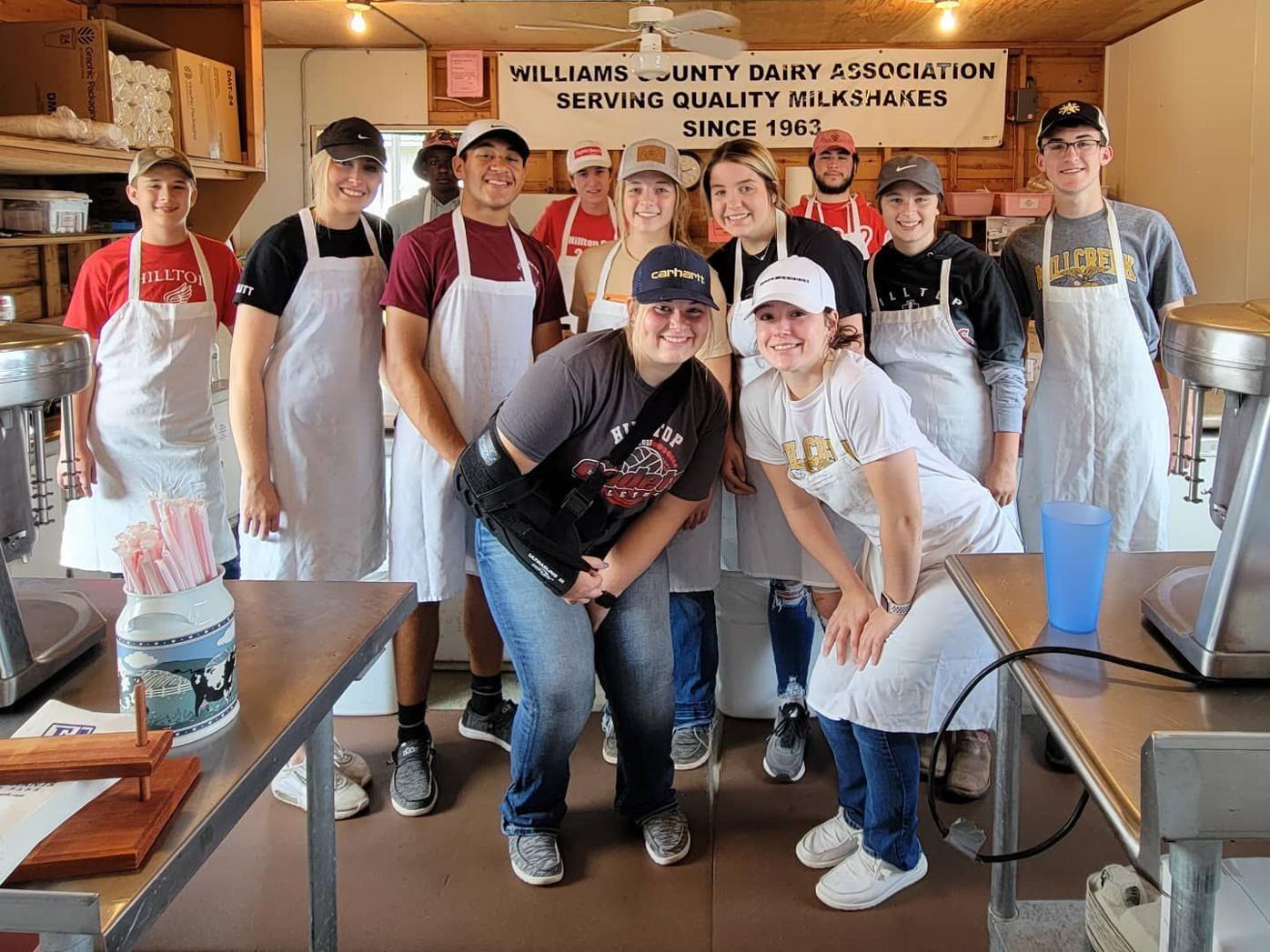 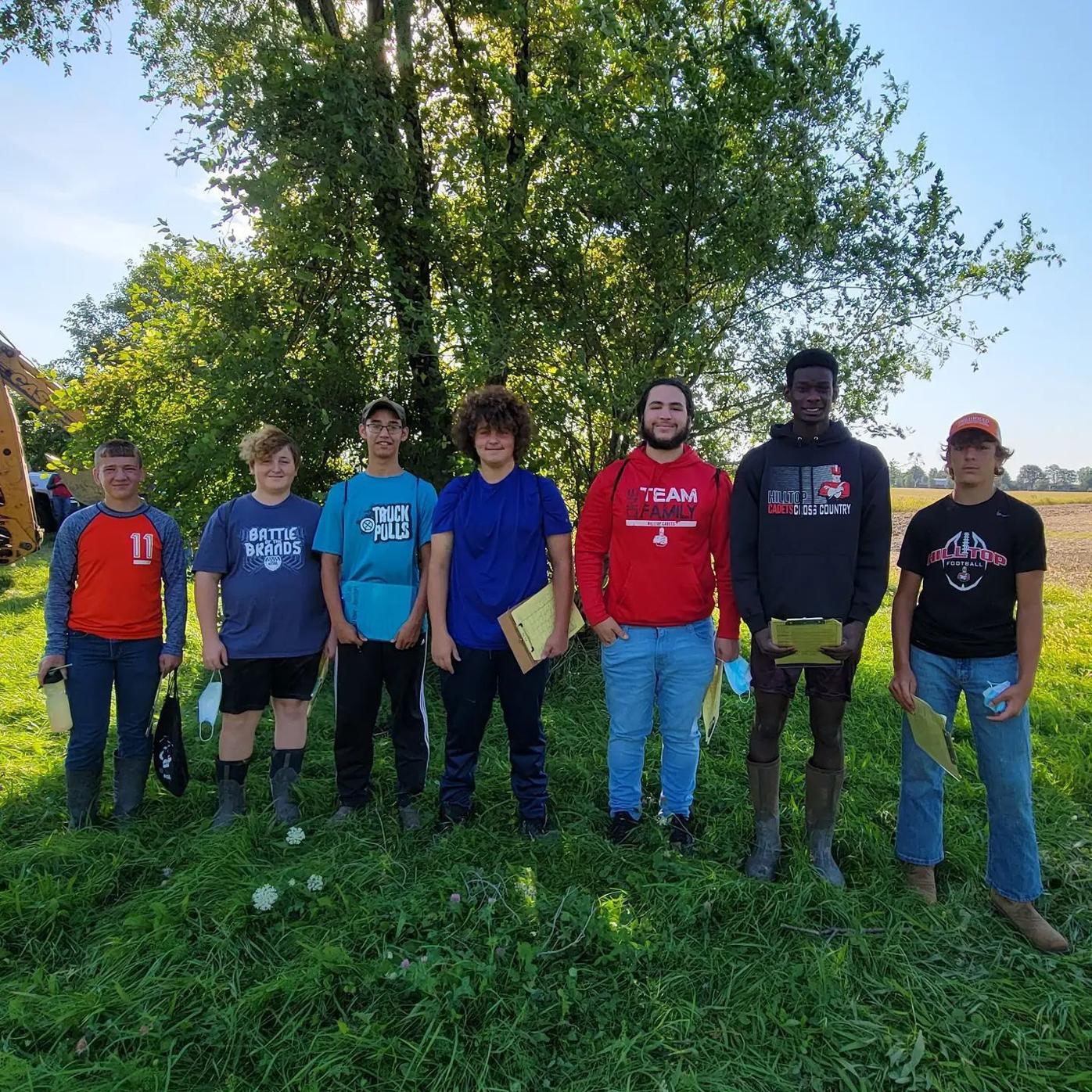 WEST UNITY — To start out the month of September, the Millcreek-West Unity FFA Chapter was well represented at the 2021 Williams County Fair. On Sept. 11, the fair kicked off the with the horse, goat and poultry shows. Brooke Moreland took first place Intermediate Horse Showman with her horse “Dakota”, Alora Siegel showed her pen of market ducks and Zander Runkel was first place Beginner Goat Showmanship with his goat. FFA Shop and Crop projects were judged Saturday and the Millcreek-West Unity Chapter had many projects receiving “A’s” with two members winning Best of Show. Ian Hoffman was Best of Show with his alfalfa hay and Julia Schuurman was Best of Show with her bandsaw box project.

The following day, Sept. 12, the swine show began with Lindee Lammon and Jordan Schaffner exhibiting their pigs. Lindee was Champion Intermediate Swine Showman, and also exhibited the Champion AOB Market Hog and Champion Pair of Hogs. In the horse arena, Brooke Moreland competed in the Equine Gymakata competitions. She placed first place in barrels, pole bending, barrels and cones, flags and the steak race. She was also first place in the Equine Senior Skillathon. Throughout the day the Millcreek-West Unity FFA chapter worked at the Williams County Dairy Association stand serving milkshakes to fair-goers.

Sept. 13 was Junior Fair Day, and also the day of the sheep and beef shows. Hunter Leupp had a very successful sheep show. He was Sheep Showman of Showmen, exhibited the Grand Champion Ewe and Reserve Champion Market Lamb. Later in the day, Carson Crossgrove, Joscelyn Layman, Hunter Leupp, and Lindee Lammon exhibited their beef animals. Hunter was Champion Senior Beef Showman and Beef Showman of Showmen, and Carson Crossgrove exhibited the Reserve Champion Dairy Steer. The Millcreek-West Unity FFA members also volunteered at the Williams County Beef stand throughout the day serving burgers and ribeyes to fair-goers. In addition, several of the Millcreek-West Unity FFA members helped at the Barnyard Friends Exhibit interacting with visitors and the animals throughout the extended weekend.

The Showman of Showmen Sweepstakes were held the evening of Sept. 15, and Hunter Leupp was selected as the Beef Representative for the contest. Hunter competed against seven other exhibitors showing off their showmanship skills and knowledge in beef cattle, dairy cattle, goats, horses, pigs, poultry, rabbits and sheep.

The final day of the fair ended with the Livestock Sale on Sept. 18. The Millcreek-West Unity FFA chapter members were very grateful for the support of business, community members, supporters, and family who came to bid on and purchase their projects.

A week after the conclusion of the fair (Sept. 24-26) two first year members, Levi Cox and Lakota Siegel, participated in Greenhand Camp at Ohio FFA Camp Muskingum. Levi, Lakota and Miss Frey made pit stops at Toft's Ice Cream (Ohio's Oldest Dairy) and Brandywine Falls (part of the Cuyahoga Valley National Park) on the way to camp. Once arriving at FFA Camp Muskingum the crew spent two days learning about leadership and teamwork from the State FFA Officers. They also kayaked, played ping pong, danced and made many new friends from across the state.