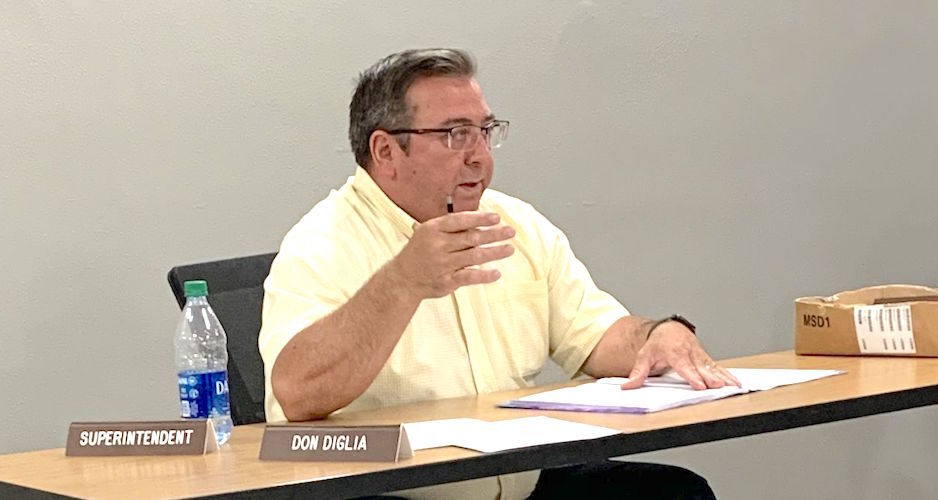 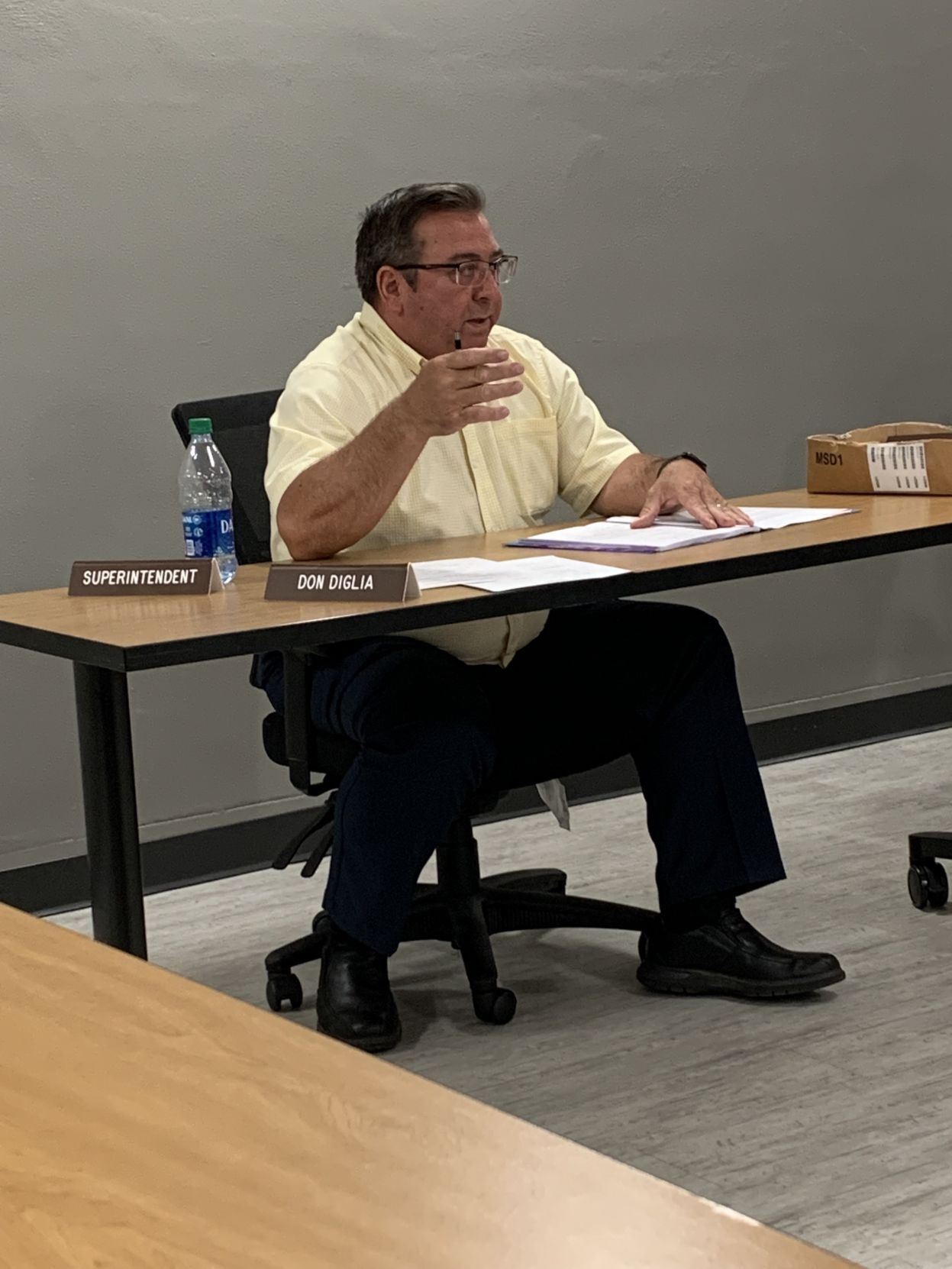 A 42-year career in education is drawing to a close for Ayersville superintendent Don Diglia, who reached another milestone Monday evening when he presided over his final regular school board meeting leading Ayersville Local Schools, (see related story, Page A3).

On Oct. 19, 2020, Diglia announced he would retire as superintendent at Ayersville, effective July 31, 2021. This will be his second time retiring, following his retirement as Elida superintendent in 2014. Although his first retirement didn’t “stick,” Diglia explained it will be different this time around.

“I thought I was ready for retirement the first time,” said Diglia. “At that time, we were dealing with several levy campaigns, we had just built a new high school, so there were a lot of hours put into that. I retired at 35 years, but after two months, I was bored. There weren’t a lot of superintendent job openings in the area.”

Diglia shared he worked for a short time at Reynoldsburg City Schools during a teacher strike, prior to sending out applications for a superintendent position in 2015. On June 3, 2015, Diglia was hired as the new superintendent at Ayersville, and started his tenure June 5.

“I really want to thank the Ayersville (Local) Board of Education for giving me the opportunity to come here,” said Diglia. “I knew it was going to be a challenging position, just a month earlier the levy for the new K-12 building had passed, so I knew there would be a project to handle. I also looked at the financial forecast for the district, as any incoming superintendent would, and saw it wasn’t real good.

“I knew immediately we had to look at cost-saving measures, and in 2015, we started that process by reducing staff through attrition,” added Diglia.

While serving as superintendent at Elida, Diglia explained he had more assistants who helped with the day-to-day operations of the district, while at Ayersville, he shared he wore “more hats,” which made the job very “interesting.”

“It was an interesting change, at Elida I had a lot more assistants in the central office, but here at Ayersville, or as the superintendent of any small district, you wear a lot more hats,” said Diglia. “For example, there is a business manager and a PR (public relations) person at Elida, but here, that isn’t the case. “What made the transition a smooth one, however, was putting together an outstanding administrative team.

“Many of the people on the administrative team we put together were new, too, after the district lost its superintendent, elementary principal and treasurer,” continued Diglia. “At my first administrative meeting, I found out our special education/power school administrator was leaving, too. That very first year (2015), I think we had a total of 15 new staff members.”

With his time coming to a close at Ayersville, Diglia reflected on several of the positives that happened the past six years.

“There have been many, many positives, starting with the building project. We have such a beautiful school with a unique design that is very functional,” said Diglia. “There’s a new boiler in the older part of the building, we have a new track, we’ve done a lot of energy conservation measures that will save the district into the future, including lighting in the 1967 part of the building, as well as the solar array.

“We were able to rejuvenate the auditorium, which was a major renovation, the south parking lot has been resurfaced, and we received a major donation to put blacktop from the parking lot to the stadium,” continued Diglia. “Our district was landlocked, and we began the process of purchasing 12 additional acres. We had lost some youth field (due to the building project), but with the additional land, in the future we can expand our playing fields for the kids.”

Although Diglia said, “It may sound cliche,” he is looking forward to spending more time with family in retirement.

“As I was reviewing my 42nd year, I felt more and more I wanted to spend more time with my family, which sounds like a cliche, but it’s true,” said Diglia. “As with a lot of husbands, my wife has a list she wants me work on, and I have five children and 10 grandchildren who want me to do projects.

“Right now, I’m making a swing set and play center for one set of grandchildren, and another set of grandchildren want one too, so I’m definitely going to keep busy,” added Diglia. “My interest in woodworking goes back to high school, so I’m excited to spend more time in my shop making projects I enjoy.”