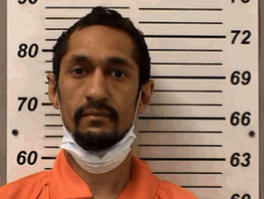 A Michigan man involved in a stabbing near Williams Center early Sunday morning was arrested on two felony charges and taken to the Corrections Center of Northwest Ohio, rural Stryker.

Clarence Thigpen, 38, Kalamazoo, Mich., was recently discharged from a Toledo hospital. According to Defiance County Prosecutor Morris Murray, Thigpen was arrested on a warrant on charges of felonious assault, a second-degree felony; and felonious assault of a peace officer, a first-degree felony.

The case will be presented to a grand jury and additional charges could be filed.

The arrest was a result of an alleged stabbing incident that took place at 01054 Ney-Williams Center Road at 1:47 a.m. Sunday.

Upon arrival, deputies located the victim, Michael Harris, 43, of 01054 Ney-Williams Center Road. During the incident, the alleged perpetrator, Thigpen, was engaged by deputies. During this altercation, a deputy discharged his weapon, striking Thigpen.

Steve Irwin, spokesman for the Ohio Attorney General’s Office, relayed that the deputy is on desk duty while the investigation is ongoing.