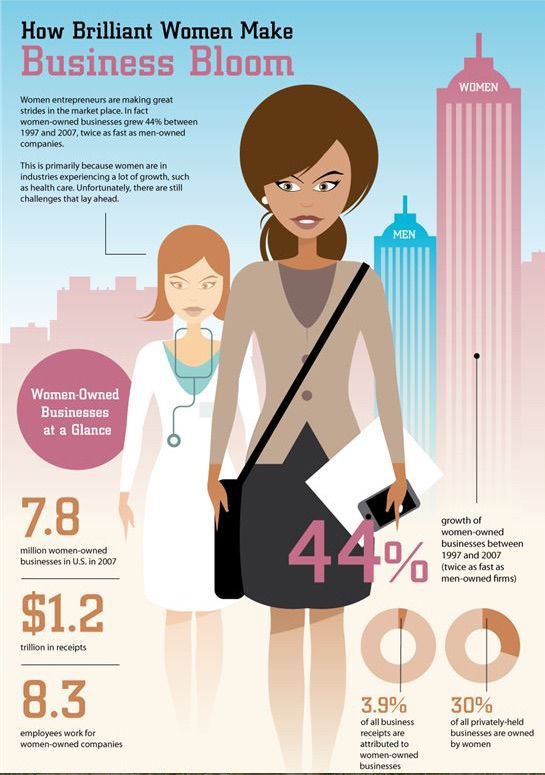 They gathered several insights from female entrepreneurs about current trends, top challenges and strongest motivations. Here is what they found:

• Four of every 10 U.S. businesses are owned by women, with female-led businesses having grown a spectacular 58 percent from 2007-18. The last few years have been a time of political upheaval for women — from the rolling back of a rule designed to help shrink the wage gap to a record number of women elected to both state and federal offices in the 2018 midterms.

Though happiness as a business owner averages an eight on a one to 10 scale (with 10 being the happiest) for both the male and female segments, only 33 percent of women report their happiness at 10, compared to 38 percent of men.

Women overtake men in the 40-49 segment at 29 percent to 24 percent. While there is a larger percentage of female millennials than male, the difference is lower than other segments, with just 19 percent women versus 17 percent men.

Women tend to be more educated than men as well.

This year saw significant increases in female ownership of health, beauty, and fitness businesses with a 55 percent increase in share from the prior year.

Likely due in part to the struggles of traditional financing for women-owned businesses, more female entrepreneurs use cash (36 percent) than their male counterparts (32 percent), making cash the most used method of funding for women.

While unsecured loans are only the fifth most popular form of financing, they have increased in popularity year over year, from 7 percent to 9 percent. Small Business Administration (SBA) loans didn’t make the top five funding methods for woman-owned businesses this year, but they did grow from 4 percent of the share to 6 percent.